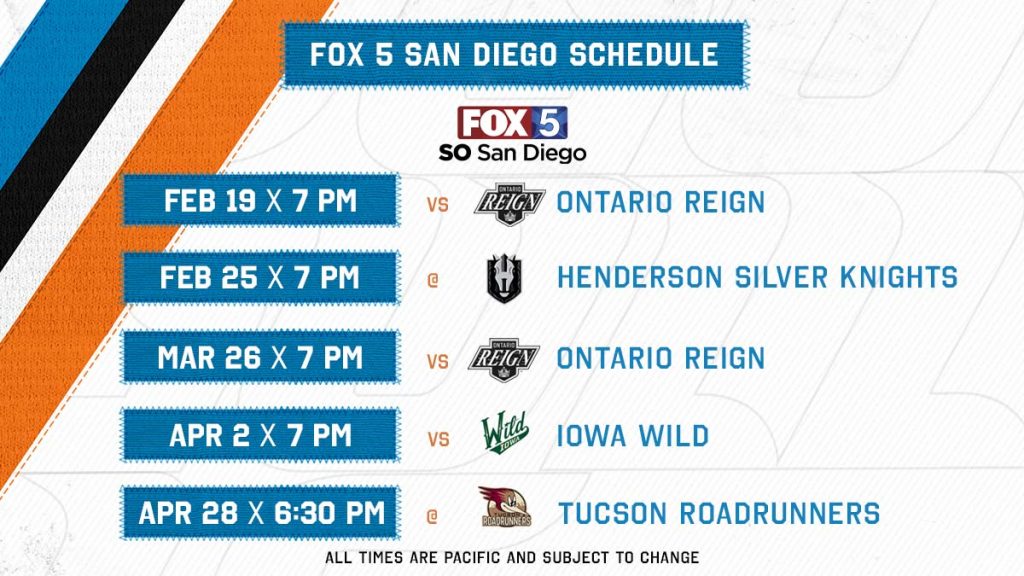 Andy Zilch continues to serve as the Gulls’ play-by-play announcer and is in his fourth season as the club’s broadcaster. Zilch will be joined in the broadcast booth by color analyst B.J. MacPherson, who is calling his seventh season of Gulls hockey. MacPherson played 774 games of professional hockey in the AHL, West Coast Hockey League (WCHL) and International Hockey League (IHL) from 1994-2001. He was a member of the WCHL Gulls from 1996-2001, where he scored 137-208=345 points and won four Taylor Cup championships with San Diego. Troy Hirsch, KSWB-FOX 5 Sports Director, returns to serve as host on the broadcasts during the games.

Below is a list of five additional Gulls televised games: