Samsung Galaxy M33 5G to launch in India on April 2 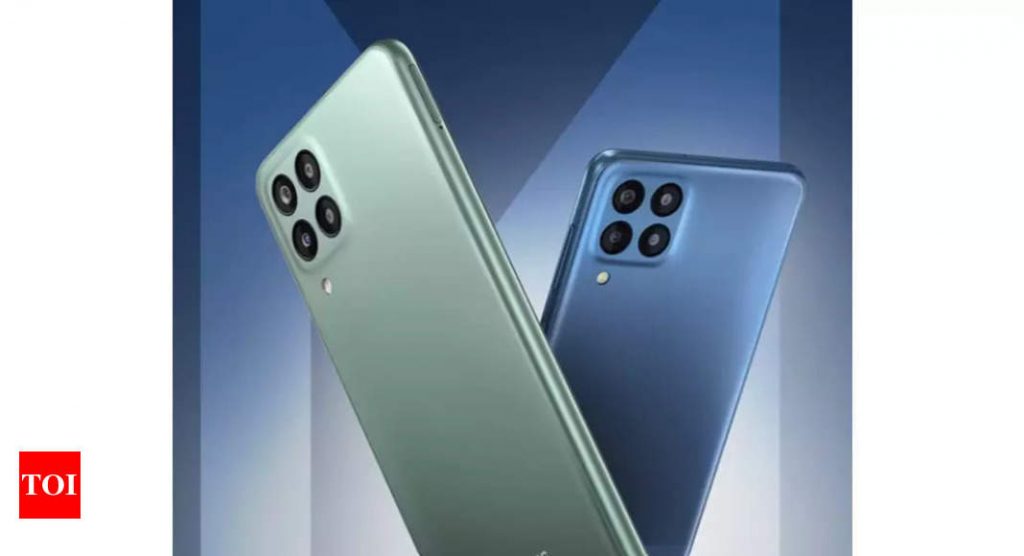 Share
Facebook Twitter LinkedIn Pinterest Email
Samsung has revealed the launch date of Galaxy M33 5G in India. Announcing via a post on Twitter, the company said that the device is launching soon in the country on April 2. “Here’s the all-new Galaxy M33 5G that’s up for all the whacky things you aspire to do. Gaming, surfing, binge-watching or shooting videos, the new #GalaxyM33 5G is up for it all. Launching soon on 2nd April 2022” Samsung India’s tweet reads.

Here’s the all-new Galaxy M33 5G that’s up for all the whacky things you aspire to do. Gaming, surfing, binge-watch… https://t.co/0JINqj91CI

Ahead of the launch, e-commerce site Amazon has also created a microsite of the upcoming phone. As per the page, Samsung Galaxy M33 5G will come powered by ‘segment best’ 5nm octa-core processor. It will be equipped with 128GB internal storage.
The handset will be offered in 6GB and 8GB RAM models. Samsung Galaxy M33 5G will offer RAM Plus feature through which RAM can be expanded up to 16GB. The device will be backed by a 6,000mAh battery.
Amazon webpage reveals that Galaxy M33 5G will offer 25 watt USB Type-C charging support. It will also be equipped with reverse charging abilities. The page shows two colour variants of the phone- green and blue.
Samsung Galaxy M33 5G was unveiled recently along with Galaxy A13, Galaxy A23, and Galaxy M23 phones on March 5. It is equipped with a 6.6-inch TFT Infinity-V full HD+ screen. The display comes with 1080×2408 pixel resolution and a refresh rate of 120Hz.
The smartphone runs on the company’s own OneUI 4.1 based on Android 12 operating system. On the camera front, Samsung Galaxy M33 5G sports quad camera setup at the back. The rear camera system consists of a 50-megapixel primary sensor with f/1.8 aperture lens, a 5-megapixel ultra-wide angle camera with f/2.2 aperture lens, and two 2-megapixel macro and depth cameras with f/2.4 aperture lenses.