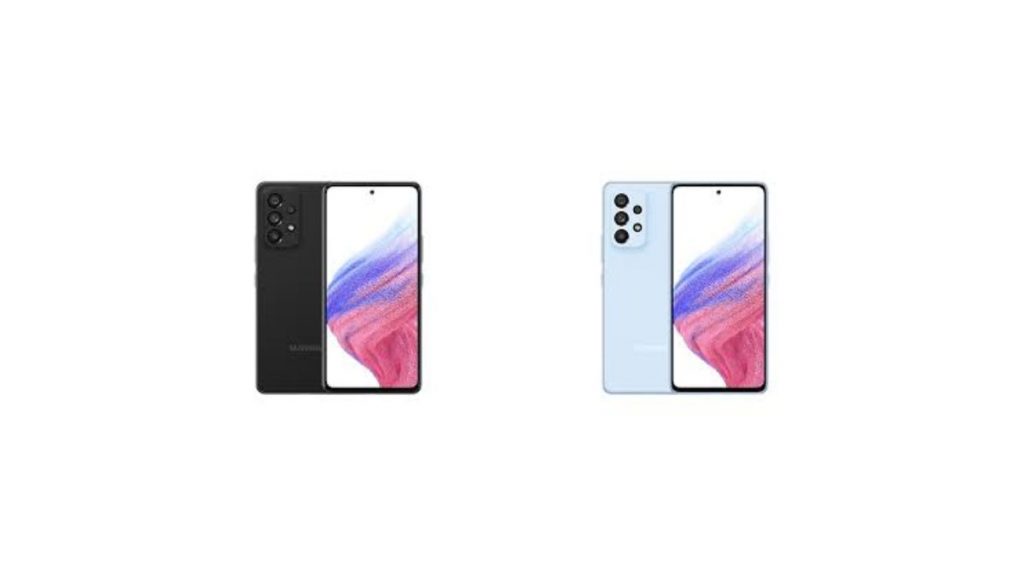 Samsung Galaxy A53 5G has a 25W fast charging system. With light use, the 5,000 mAh battery lasts two days.

While the Samsung Galaxy A53 5G has similarities with the Galaxy A52s 5G, it also incorporates design cues from the more recent Galaxy S22 series. Fortunately, Samsung has kept the earlier model’s IP67 classification for water and dust protection, setting it apart from its rivals.

Those hoping for an excellent gaming phone will need to look elsewhere because the new Exynos 1280 SoC offers subpar performance. The majority of the Galaxy A53 5G’s essential hardware, including the camera parts, was taken from the earlier Galaxy A52s 5G.

A 64MP f/1.8 primary camera, a 12MP f/2.2 ultra wide-angle camera, a 5MP f/2.4 macro camera, and a 5MP f/2.4 depth camera make up the quad-camera configuration that the company has included on the back of the smartphone. Numerous more capabilities, like LED flash, HDR mode, continuous shooting, auto flash, and digital zoom, are also included. The smartphone has a 32MP f/2.2 Selfie Camera with Screen Flash on the front.

The smartphone contains a 5000mAh Li-ion battery from Samsung. In addition to not being detachable, it is also compatible with a 25W fast charging system. With light use, the 5,000 mAh battery lasts two days. Although Samsung does not include a charger with the phone, 25W rapid charging is supported. The rate of charge is slower when compared to the competition.

The battery capacity of 5000mAh