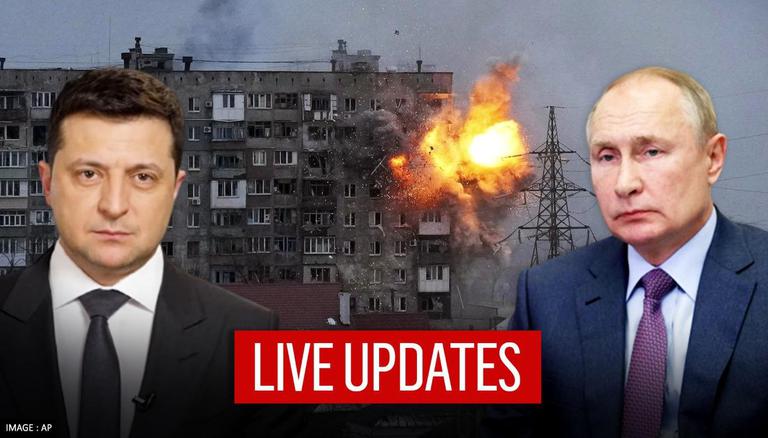 The ongoing war in Ukraine that has displaced millions of people is a result of the aggression of the Russian leadership and its president Vladimir Putin, the White House has said.

“This is a war of aggression by the Russian leadership, by President Putin that has left millions of people displaced, homeless; has targeted civilians, hospitals and other innocent people across Ukraine,” White House Press Secretary Jen Psaki told reporters at her daily news conference on Friday.

“We know who the aggressor is; that is President Putin and Russia. And beyond that, I do not have any comment on military tactics,” she said.

The official, however, refrained from commenting on the Russian statement that an apparent attack by Ukraine on one of its fuel depots is making it harder for Russia to stay engaged in the talks to end the war.

“We have seen those reports. We are not in a position to comment on the Kremlin’s statements. I would note Ukraine has not made any statements or confirmation of these reports,” she said.

“I would also note that this is a war that President Putin started — a brutal war with Russia’s forces continuing to bombard cities across Ukraine and commit terrible acts of violence. We have seen the people of Ukraine fight valiantly in the face of unprovoked Russian brutality, but there is one aggressor here, and that is President Putin and the Russian military at his direction,” Psaki said.

In Tampa for the Central Command change of command ceremony, US Defense Secretary Lloyd Austin said Putin’s invasion of his sovereign neighbour is unprovoked and unjust.

“And the Ukrainians are fighting bravely to defend their lives, democracy, and their freedom,” he said.

Earlier, Secretary of State Tony Blinken spoke with his British counterpart Foreign Secretary Elizabeth Truss, during which the two diplomats emphasised the continued importance of transatlantic unity to support Ukraine, and coordinate further swift and consequential actions against those who support Putin’s war of choice on Ukraine.