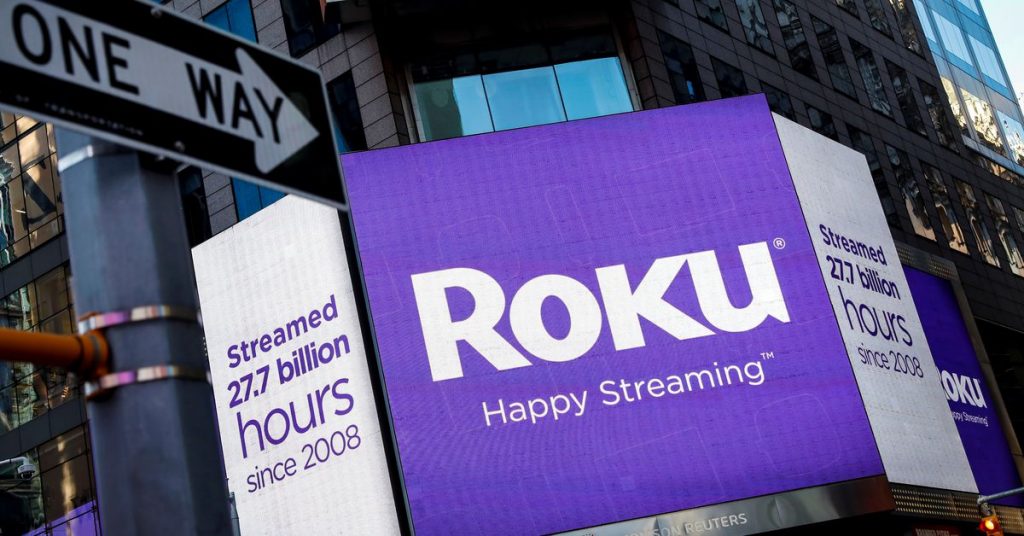 A video sign displays the logo for Roku Inc, a Fox-backed video streaming firm, in Times Square after the company’s IPO at the Nasdaq Market in New York, U.S., September 28, 2017. REUTERS/Brendan McDermid/Files

Meta Platforms Inc(FB.O), the parent company of Facebook, announced earlier on Monday that it would restrict access to RT and the news agency Sputnik in the European Union. L1N2V305H

Facebook and Alphabet Inc’s (GOOGL.O) Google also banned RT and other state media from running ads on their platforms. Google’s YouTube on Saturday said it had suspended several Russian state-media channels from making money on ads.

The major technology companies are under mounting pressure to tackle disinformation related to Russia’s invasion of Ukraine. The premiers of Poland, Lithuania, Latvia and Estonia wrote a joint letter to the four major online platforms on Sunday, urging them to take more steps “to address the Russian government’s unprecedented assault on truth.” read more

A group of media companies in Ukraine initiated a “switch off” Russian media campaign on Feb. 26, asking pay TV providers and streaming services to replace Russian news outlets with a broadcast out of Ukraine.

So far, providers in Poland, Australia, Slovakia, the Czech Republic, Canada, Estonia, Lithuania, Latvia, Bulgaria and Germany have done so, according to a translated Facebook post from 1+1 Media, a Ukrainian media company that operates seven TV channels, a group of internet sites.