Ripped From the Headlines: Where to Stream the Best Tech Dramas 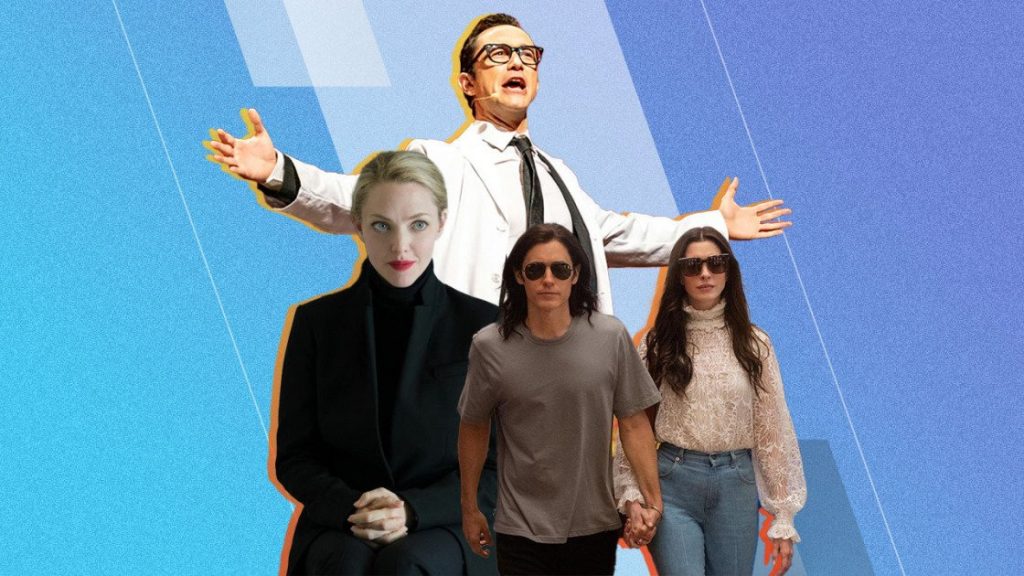 The tech industry has no shortage of people who enjoyed meteoric (and suspicious) success, only to become absolute lunatics or outright convicted criminals. The backstabbing, money-chasing hustles and huge grifts may make you cynical about the world, but it also makes for compelling drama.

We’ve seen so many of these tech disasters that they’ve now become the big, new trend on video streaming services. The movies and TV programs spotlight charismatic (but flawed and unhinged) tech founders, show their rise to the top, and revel in how they lost it all through greed, incompetence, half-truths, and blatant lies. Take Goodfellas, and replace the gangsters with folks in vest jackets.

You can use video streaming services to enjoy these parables about technology’s dangers. When dry documentaries aren’t enough, check out the best tech dramas that are ripped straight from the headlines.

Amanda Seyfried plays Theranos founder Elizabeth Holmes in The Dropout, a Hulu miniseries. Despite her creepy eyes and allegedly fake, deep voice, Holmes can’t transplant Silicon Valley’s dubious hustle culture into the medical field, a place where human lives are on the line. Catch up on this story before Holmes gets sentenced later this year.

Halt and Catch Fire is a fictional show, but it explores the 1980s and 1990s computer culture so intimately, from the creative dreams to the corporate reality, that it feels truer than any show on this list. It’s Mad Men for hackers, and appropriately enough it originally aired on AMC. Currently, you can stream most of the show via FuboTV , or purchase individual episodes from Amazon Prime Video.

If you watch enough of these shows, you’ll realize just how deeply the various tech founders idolize Steve Jobs. They pattern their careers after him, from the outer charm to the dubious respect of technology. And, of course, they hope to become just as rich. Jobs and Steve Jobs bring the Apple co-founder’s life to the screen in different ways. Jobs is a standard biopic starring Ashton Kutcher; Steve Jobs uses a heightened, backstage theatrical framing device, and stars Michael Fassbender. Steve Jobs is streaming on Netflix, while Jobs is streaming on Showtime.

The Social Netflix set the modern standard for how to turn scenes featuring dorks typing on laptops into thrilling drama. David Fincher’s stylish direction, Aaron Sorkin’s verbose script, and Jesse Eisenberg’s wounded villain take on Mark Zuckerberg make the story of Facebook’s founding into one of the century’s best films. Watch it on Netflix.

Uber didn’t just destroy the taxi industry, it made Travis Kalanick extremely rich. Super Pumped traces the story of the ubiquitous rideshare app, and features Joseph Gordon-Levitt as the now-ousted CEO. The first season (narrated by Quentin Tarantino) leads to an anthology series about similar tech stories. Super Pumped is a Showtime show, so your best streaming option might be to get the Paramount+ and Showtime bundle.

I find it pretty rich that Apple TV+ of all services has a show, WeCrashed, about a tech company too devoted to its founder. Still, WeWork’s rise and fall is a fascinating story about a real estate company that pretended to be a tech company to keep the money rolling. Jared Leto plays Adam Neumann almost too well, and Anne Hathaway has almost too much to do as Neumann’s barely relevant, hippie wife.

For more on streaming, check out five reasons to ditch your video subscription and keep cable. Learn how to pick streaming services that fit your budget. Finally, check out our recommended streaming video guides if you don’t know what to watch.

Get Our Best Stories!

Sign up for What’s New Now to get our top stories delivered to your inbox every morning.