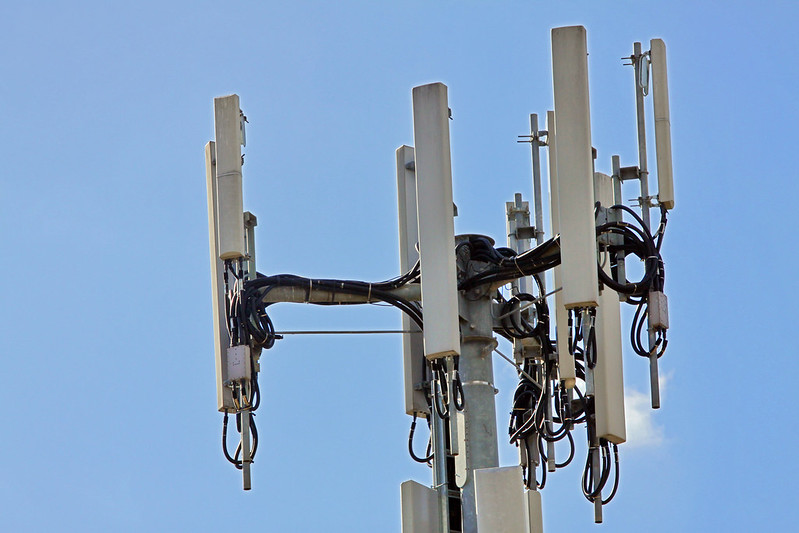 When Northern Territory supply chains that were already stressed by Covid-19-related delays were hit by massive flooding in January, it’s not surprising they buckled and broke.

For nearly a month after acute flooding damaged railways and closed a 250-kilometre section of the Stuart Highway, remote parts of the territory experienced disruption, isolation and deprivation. The simultaneous failure of highways and railways caused food shortages, left residents stranded and delayed mail for three weeks.

The vital railway has reopened, but only after the remote community of Wadeye endured digital isolation when mobile services were disabled for almost a week. On any given day, mobile coverage in most of the NT is sparse; see the visual representations offered by coverage maps from the territory’s mobile communications providers, Telstra, Amaysim, Vodafone and Optus.

Critically, the outage of EFTPOS and ATM connections had a serious impact on individuals as well as businesses. Users of the Basics Card, a form of income management administered by the federal government, are unable to withdraw up to 70% of their funds as cash and can only purchase via EFTPOS from a limited number of approved retailers. Nearly 25,000 people in the territory use the Basics Card, out of a population of 246,000, representing 93% of all users of the card Australia-wide. In Wadeye—as in Maningrida, which experienced a four-day outage in December—nearly 10% of community members were unable to purchase food, fuel and other essentials.

The ethical considerations of involuntary income management aside, the failure of digital infrastructure to enable territorians to access essential supplies and emergency services, exacerbated by the simultaneous failure of physical infrastructure to allow proper distribution of goods, highlights yet again the importance of connectivity in Australia’s north.

Perversely, the timing of the clouds that brought disaster to the territory may provide a silver lining. The federal parliament is reviewing a bill that would impose an obligation on operators of critical infrastructure to adopt and maintain a risk management program. The Security Legislation Amendment (Critical Infrastructure Protection) Bill 2022 differentiates between ‘critical infrastructure assets’ and ‘systems of national significance’.

In Wadeye, Telstra said the EFTPOS and ATM outage was caused by a transmission issue that was unrelated to the loss of mains power that occurred at the end of January. Then, the community waited four days for a technician to arrive—with a specialised part that was faulty leading to further delays.

Presumably Telstra, as Australia’s largest telecommunications company by market share, would be designated a provider of a system of national significance. The legislation seems clearly aimed at protecting critical infrastructure against cyberattacks by malicious actors, but perhaps it ought to pose a broader question about the functionality of our critical infrastructure.

If the federal government is inclined to impose income management on remote communities in the NT, it follows that it has a responsibility to ensure the functionality of the necessary systems, at least at a level that doesn’t prevent Australians from accessing food and emergency services. It seems that there’s a disconnect between Canberra, which is abuzz with the risk of intentional and malicious large-scale cyberattacks, and regional and remote towns, which are decidedly not abuzz with anything, due to mundane outages and lacklustre responses.

Malicious and deliberate cyber emergencies are clearly an enormous threat to our way of life and national security, and that risk must be managed. But benign, accidental disruptions of digital and physical critical infrastructure, while not as dramatic and exciting, are endangering lives in rural and remote Australia, especially in the NT.

Decisive action is needed to protect all essential systems from all kinds of threats. The difficulties brought by the physical distance of population centres from Australia’s southeast to the north can be minimised by effective and functional critical infrastructure, but only if it works. If we want a united, equitable Australia, the residents of Wadeye need to be able to participate as fully in the economy and the nation as anyone else, and the resilience of critical infrastructure needs to be protected as much and as fiercely as that for defence and national security.