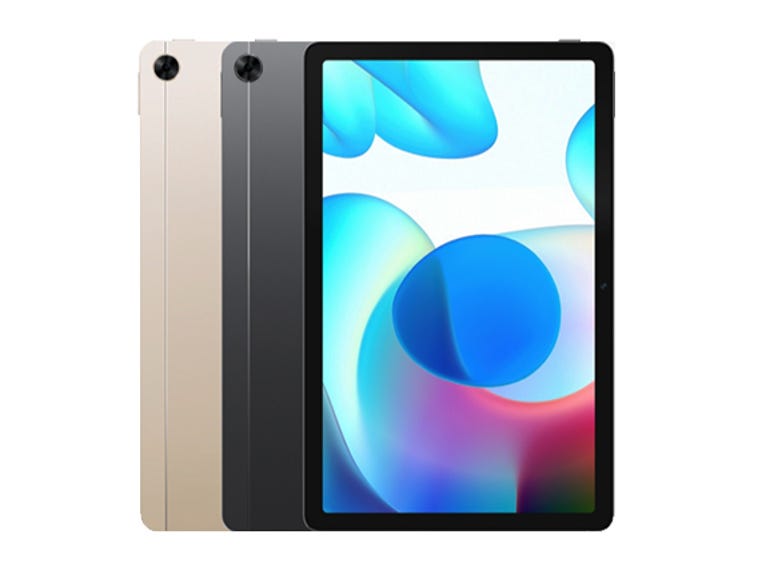 Realme is best known for its smartphones, which are generally pitched at younger age groups and sold at affordable prices. The same goes for the first Realme tablet to launch in Europe, the Realme Pad, whose 128GB of storage and 4G SIM support seems attractive for £250 in the UK (~ $335).

The build is impressive. Made from aluminium, the Realme Pad feels solid and capable of withstanding a few knocks, while the slate-grey back and sides of my review unit has a premium look. All this adds up to a tablet that feels in the hand like an expensive, high-quality device, and rather more high-end than is suggested by the price. It measures 155.9mm wide by 246.1mm deep by 6.9mm thick and weighs 440g (9.69in. x 6.14in. x 0.27in., 15.52oz). 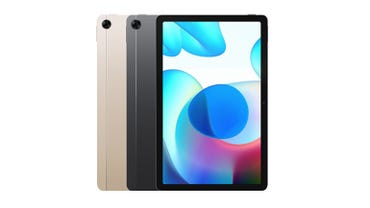 The 10.4-inch screen sits in fairly wide bezels that deliver a claimed 82.5% screen to body ratio (we calculate it to be 80.2%). The bezel size means there’s plenty of room for the front-facing 8MP camera. The rear camera is also 8MP, and while this protrudes rather a long way from the backplate, it doesn’t have anywhere near the same effect of causing the device to rock around on a desk as rear camera protrusions on smartphones do. It’s not an issue here.

The tablet supports a 4G LTE Nano-SIM and it has a 3.5mm headset jack in one corner. The SIM slot also accommodates a MicroSD card, so the tablet’s 128GB of internal storage is easily boosted.

The 12nm, 8-core MediaTek Helio G80 chipset with 6GB of RAM is fine for general use, with web pages loading quickly, apps generally running smoothly, and video streaming perfectly well. I had no usability issues in day-to-day usage. However, this is not the tablet to buy if you’re looking for fast-paced gaming performance.

The Realme Pad runs on Android 11 with Realme UI 2.0 and no bloatware in the form of add-on apps. However, there are noteworthy tweaks to the screen settings. As well as the standard viewing mode, there’s a night mode that reduces brightness down to 2 nits, a dark mode that reverses the white background to black, and a reader mode that uses a greyscale colour palette. This latter mode is particularly good for reading e-books. There’s also meant to be split-screen capability, but this wasn’t available on my review unit. Perhaps this will appear in a software update at some point.

SEE: Best tablets 2022: The iPad isn’t your only option

The LCD panel’s WUXGA+ (2000 x 1200, 224ppi) resolution makes for a sharp image, although its brightness tops out at 360 nits. This makes outdoor use challenging, which could be a deal-breaker for some potential buyers. Audio quality is pretty good: there’s plenty of volume and good bass tones for a tablet at this price, and no distortion even at top volume.

The Realme Pad’s 7100mAh battery is good for 12 hours of life, according to the company. I think the screen would have to be at the lower end of its brightness range to reach this, but I’ve used this tablet for intermittent streaming, browsing and e-book reading during the review period and never felt the battery was running down too quickly. Charging (18W) every couple of days has been fine for me. Battery performance is acceptable for a tablet at this price.

The Realme Pad is a well-made tablet with 4G LTE support and the ability to expand its 128GB of storage via MicroSD. The processor is average and the screen lacks brightness, but the speakers impress. Anyone looking for a tablet for light duties might find this a decent, affordable option.

The best tablets: iPad isn’t your only option

The best rugged tablets: For the toughest customers

The best cheap tablets: Fire tablets aren’t your only option