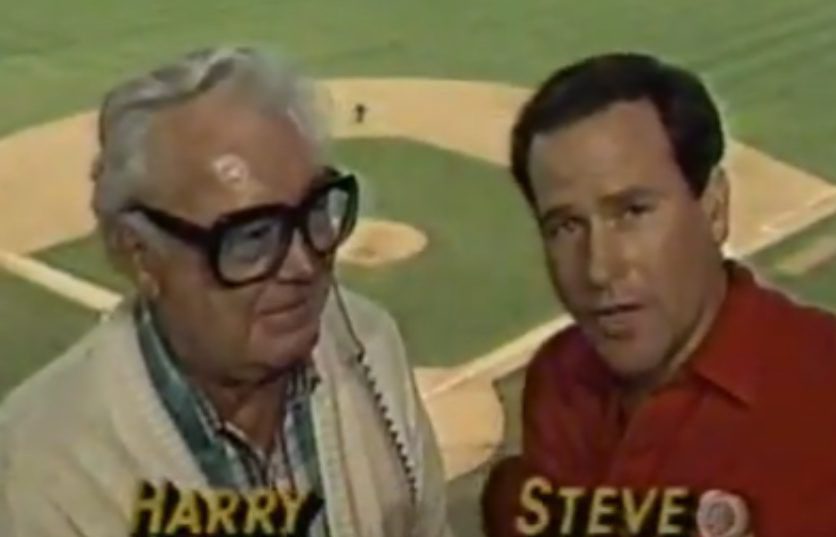 There is little to suggest baseball’s lockout will end anytime soon, which means the only way you’re watching the Cubs is through highlights on YouTube or replays on Marquee. A key feature of those replays is the announcing team, which can help even as much as the grainy footage to transport you into the past.

Over the course of 162 games and several seasons, the members of the booth become almost members of the family. Even if your attention is elsewhere at times, they’re keeping you apprised of the situation and pulling you back into the game when something exciting happens. Or maybe they just provide a few chuckles when your team is being blown out.

The Cubs have been fortunate to have numerous excellent broadcasting duos over the years so, since there’s nothing else to talk about right now, the time has come to rank them. Let’s go over some ground rules before we get into the actual rankings.

First, we’re going to start in 1981 when Cubs WGN broadcasts went national. That means we won’t be ranking Jack Brickhouse and Lou Boudreau, who announced together from 1961-81. I just don’t feel I can give an opinion on them because they came before my time.

Second, I am going to combine radio and TV announcers into a single list. A good broadcast team is a good broadcast team no matter how you listen to them. Individual announcers can be on the list multiple times and I will grade only team performance for that specific pair, not an overall mark for each person.

Finally, an announcing duo must have been together for at least five seasons to qualify for consideration. With all that said, it is time to get to the rankings. All opinions below are mine and do not reflect anyone else at Cubs Insider.

7. Thom Brennaman and Ron Santo (radio, 1990-95)
Yes, it was that Thom Brennaman who was the Cubs radio announcer for over five years. It was also Ron Santo’s debut in the booth. If you think I was going to miss a chance to put a member of the Brennaman family dead last on a list, you don’t know me that well.

Lest you think this is all anti-Reds bias let me share a clip with you. Even with Harry Caray in the booth, the lack of chemistry between Santo and Brennaman is obvious. Let’s be glad that Thom moved on to his fate in Cincinnati for multiple reasons.

I pride myself and think of myself as a man of faith, as there’s a drive into deep left field by Castellanos and that’ll be a home run. And so that’ll make it a 4-0 ballgame. I don’t know if I’m going to be putting on this headset again.

6. Chip Caray and Steve Stone (TV, 1998-2004)
The younger Caray moved into the booth after his grandfather passed away in 1997 and the new team had an eventful first season with Sammy Sosa hitting 66 home runs as the Cubs made a dramatic run for the wild card.

Perhaps the most memorable game they broadcast was Kerry Wood‘s 20 strikeout game in May of ’98. Honestly, the sweater Stone wore during this game could drop these guys a couple spots in the rankings by itself.

The man who would eventually become Stone Pony on the other side of town actually missed two years in the middle of this stretch due to a nasty bout of valley fever. Joe Carter filled in for Stone and the result was an absolute trainwreck, which, if it had lasted five years, would have definitely been at the bottom of the list.

Unfortunately, Chip just couldn’t match his grandfather and the team never really clicked. Things finally came to a complete end in 2004 when Cubs players, including Kent Mercker and Moises Alou, confronted Stone about his criticism of the team. It was a fitting end to a late-season Cubs collapse that cost them a playoff berth.

5. Len Kasper and Bob Brenly (TV, 2005-12)
The Cubs moved on to an all-new booth in 2005 featuring Kasper and Brenly. Unlike the first two teams on this list, this pair did have a fair amount of chemistry. Playoff runs in 2007 and ’08 certainly helped spur the early good fan feelings about them. Many responded favorably to Brenly’s tell-it-like-it-is style.

Personally, though, I began to turn on Brenly when his criticism of certain players became incredibly harsh. Aramis Ramirez and Alfonso Soriano were constant targets of his displeasure, though neither player did anything to warrant the kind of constant digs being offered.

Just last year, Ramirez spoke to The Athletic about how he felt singled out by Brenly. The comments came in response to a suspension Brenly, now calling games in Arizona, received for insensitive comments about then-Mets pitcher Marcus Stroman that sure seemed prejudicial. Let’s just say Kasper did a lot of work to get this pair to No. 5.

4. Pat Hughes and Ron Santo (radio, 1996-2010)
Allow me to explain before you pelt my house with rocks. I think Pat and Ron had very good chemistry and they certainly had some memorable moments. I also think Santo was a Cubs legend, a good human, and a wonderful team ambassador. The fact that he did not get in the Hall of Fame while he was still alive is an absolute travesty.

With all that out of the way, I have to add that he was a terrible announcer. I know they say a homer on the broadcast for your team is not as annoying as a homer for the other team and I really tried to get over how much his style bothered me, but it was just too annoying. In my experience, only one person can be that obnoxious and still entertain me and he will appear on this list shortly.

Hughes was smooth as butter right from the start and immediately upped the quality of the radio broadcast. You can call me a cynic for dismissing the heart-on-his-sleeve passion for the Cubs Santo had every game, I’m just calling it like I see it. There’s no better encapsulation of this broadcast duo than the infamous Brant Brown dropped fly ball game in 1998.

3. Len Kasper and Jim Deshaies (TV, 2013-20)
These next two choices were incredibly close and I went back and forth on them. Len and JD had incredible chemistry and both brought an understanding of analytics to the broadcast. Perhaps most importantly, they were very funny. Even when it leaned pretty heavily on the dad humor side of things, it still was fun to listen to.

They may not have had that many iconic moments, but the overall body of work was one of the best and I think it’s fair to say they were right up there with the best broadcast teams in baseball. Fans were very bummed out when Kasper left Marquee to call Sox games on the radio in 2021, but JD is going to stick around for at least three more years as he builds chemistry with Boog Sciambi.

2. Pat Hughes and Ron Coomer (radio, 2014-present):
Yes, I went with the former Cub and All-Star Ron Coomer over Santo. Hughes would elevate any partner and he’s done so with both Rons, it’s just that Coom Dog has a more laid-back style that meshes better with the legend’s style. The duo has great chemistry when it comes to humor and they make Zack Zaidman tolerable.

Even the most lopsided and tedious games can be entertaining when listening to Pat and Ron. Coomer’s Chicago accent also makes you feel like you’re hanging out in the bleachers with just another fan. Hughes really shines in the environment of the current Cubs radio booth. If we’re being honest, though, the real reason this pair reaches No. 2 is that they made the greatest call in the history of the Chicago Cubs.

1. Harry Caray and Steve Stone (TV, 1983-97):
Look did you really think I was going to go with anyone else? The GOAT is always the GOAT. Stone was excellent as a straight man for Harry and is/was a font of baseball knowledge even if he gets a little arrogant and mansplain-y about it at times.

What is there to say about Harry Caray? Like the circus, you really had to see it to truly appreciate it. Was he drinking on air? Possibly. Did he know what the score was? Maybe not. Did all his stories make sense? Hell no. Still, you had to watch to see what would happen next.

The chemistry with Stone almost didn’t matter because Caray exuded such charm it made anyone near him interesting. His home run calls, his reactions to big plays, all of it was just incredibly entertaining. He created a whole generation of Cubs fans all over America when WGN was a superstation that put him in everyone’s living room every afternoon.

Here’s just a taste of the insanity. Would you listen to anyone else complain for two minutes about Cracker Jacks? Probably not, but Harry Caray made it appointment viewing.