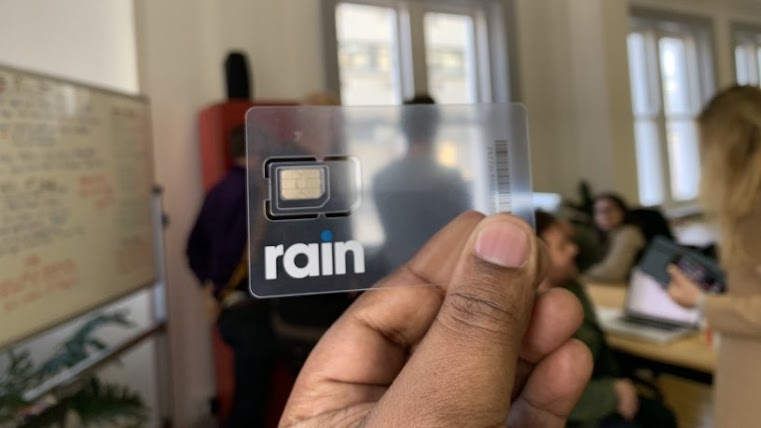 African Rainbow Capital (ARC)-owned data-only network Rain has asked to make a formal request for a merger with Telkom.

Today’s announcement comes as Telkom is in ongoing discussions with MTN, which wants to take over the telephony company.

In July, Telkom and MTN issued statements saying talks about the takeover bid were at an early stage, adding there was no certainty the transaction will be consummated.

Telkom’s largest shareholder, the South African government, has since said it is taking a wait-and-see approach before commenting further on the proposed takeover of the telephony group by MTN.

The South African government holds a majority share in Telkom, with a 40% stake in the company.

As the Telkom-MTN talks progress, Rain today announced it has made a formal request to present the Telkom board with a proposal which would ultimately result in the merger of the two companies.

It says although the terms of such a transaction, such as valuation and structure, would still need to be agreed, it believes there is a compelling business case in combining the businesses.

It says some consolidation in the industry is desirable and inevitable, as it leads to better utilisation of infrastructure.

“It should not, however, be at the expense of competition which promotes greater access for consumers to data at more affordable prices,” says Rain.

The proposed merged entity would create a formidable third major player to compete with what is effectively a duopoly in South Africa, it adds.

Rain points out that Telkom has, in recent years, worked to transform its business, and a combination of the two will enable it to continue to meet these objectives while accelerating its growth.

“It is a logical alternative to simply selling to MTN and would also be consistent with the pro-competitive policies of government. The merger would bring together the considerable infrastructure and mobile businesses of Telkom and the successful new age 4G and 5G businesses of Rain.”

Rain was started six years ago when it acquired WBS. It says it recognised the opportunity WBS’s spectrum portfolio provided to build a 4G network and be an early entrant into the 5G market.

Rain’s investment in its 4G and 5G network has allowed it to grow its own retail customers and provide 4G roaming to Vodacom across its network, the proposal says, adding that the combined data traffic of Rain’s retail customers is now equivalent to that of Vodacom, MTN and Telkom, and more when Vodacom’s roaming traffic is included.

In March, ARC disclosed that Rain is on track to exceed its budgeted R1 billion earnings before interest, taxes, depreciation and amortisation (EBITDA) for the year ended February 2022.

“The disruptive start-up is now an established and fast-growing company with little debt and sufficient facilities to fund its growth. In line with the original projections, it is reaching critical mass and achieved EBITDA of over R1 billion in the year to 2022,” says Rain in its proposal.

“Rain does not have the legacy of the large incumbents who are forced to continue to invest in 2G and 3G networks that are essentially for voice services and are less efficient and more costly to maintain. There is no longer a requirement for standalone voice networks as voice can now be carried over data networks at a significantly lower cost.

“Consequently, Rain has focused on building 4G and 5G data networks and bypassed older voice technology in the belief that future voice traffic will be carried over data by the likes VoLTE (voice over 4G) and VoNR (voice over 5G).”

The data-only network says its major thrust over the past three years has been in 5G. In addition to the over 7 500 4G base stations that provide mobile and fixed broadband services, it says it now has over 1 500 massive MIMO 5G base stations and continues to expand its 5G network.

According to the company, it has one of the largest standalone 5G networks globally and covers over six million homes.

“We had explosive growth in customers but also significant teething problems with customer service, as our call centre was overwhelmed. Whilst we have been increasing our network’s coverage and capacity, we have also been focused on scaling up our customer service team and building modern customer management systems to bring this under control, and we believe we can handle the expected future scale,” says Brandon Leigh, CEO of Rain.

Further, the company proposes that the potential benefits of a Telkom and Rain merger are numerous.

It points out the number of combined Rain and Telkom sites will be equivalent to that of Vodacom and MTN, and the avoidance of duplication would result in material capital and operational cost savings.

In 5G, the opportunity would exist to leverage the fibre network of Openserve and Rain’s 5G expertise to accelerate the rollout of 5G nationwide and further grow homes passed, it adds.

“Our team’s experience and expertise have positioned us at the forefront of the fourth industrial revolution. What is most compelling, however, is the potential for the merged company to rapidly unlock these growth opportunities,” says Paul Harris, chairman of Rain.

In the recent successful spectrum auction, Rain acquired additional spectrum that signalled its intention to enter the mobile market, says the company.

It explains that in combining their resources, a merged entity would be able to build on Telkom Mobile’s success in 4G and, in future, in 5G which is expected to feed consumer demand for faster connectivity driven by streaming, gaming and virtual reality.

“Rain’s prospects as a niche player are great. However, the option to combine forces with Telkom would take the merged company to the next level and benefit both Telkom and Rain stakeholders,” says Harris. “It is a pro-consumer option in line with government policy and the business case looks compelling.”

5G services will launch in India on October 1

Get An iPad Mini Bundle For $290 For A Limited Time