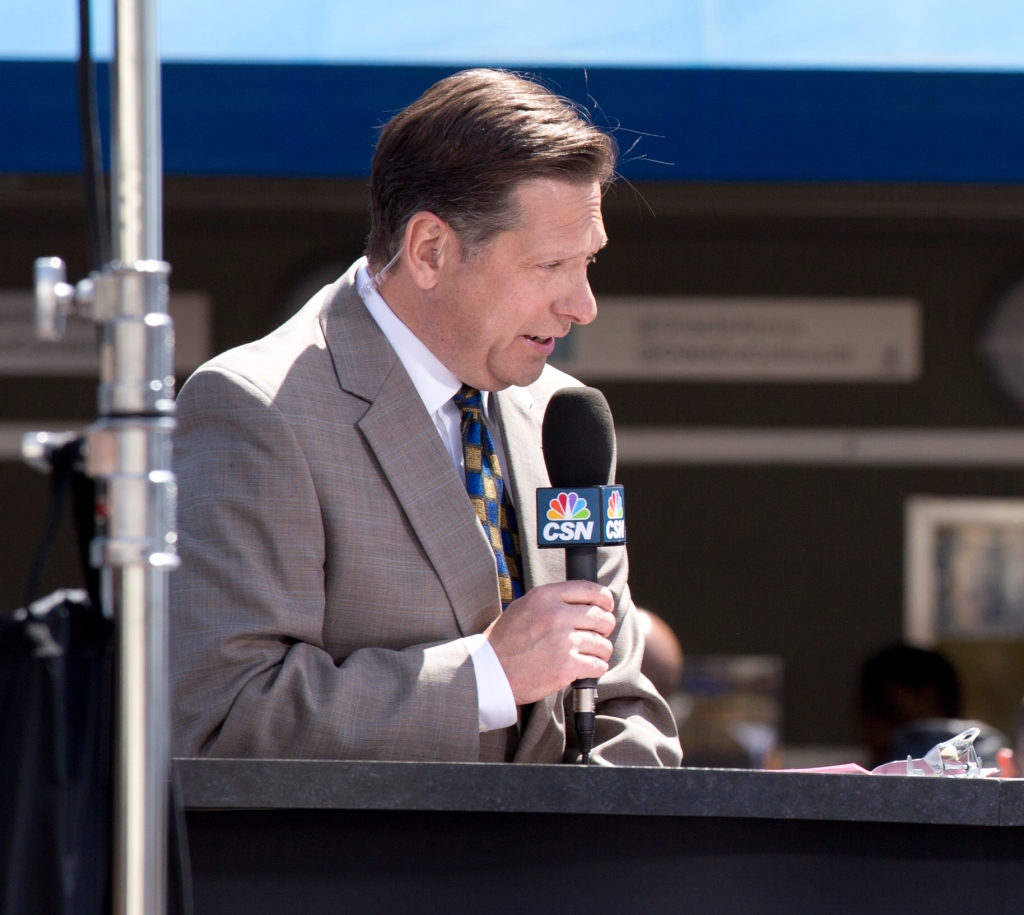 Greg Papa will be interested in the latter Saturday night before assuming radio play-by-play duties (KNBR-680 AM) for the 49ers in their divisional playoff game against the Green Bay Packers at Lambeau Field.

Temperatures are expected to dip from the low 20s earlier in the day to 15 degrees with a wind chill of close to zero at the 5:15 (PST) kickoff.

Papa admits he’s toying with the idea of closing the press box window, but chances are he’ll be wrapped in enough clothes to look like the Michelin man and put himself in the same elements as the 49ers and Packers.

“It’s important for me to feel the game, otherwise you feel like you’re in an aquarium,” Papa said in a recent interview.

Papa recalls the chicken soup available to the media as helping him get through December games at Lambeau with the Raiders in 2007 and 2011. The 2007 game, which was 15 degrees at kickoff, was so cold coach Lane Kiffin declined to put rookie quarterback JaMarcus Russell into a blowout loss.

Russell never got off the bench, but Papa, of course, finished the game. He was the Raiders radio voice from 1997 through 2017 and for the last three seasons with the 49ers, so he’s called his share of cold-weather games.

Having grown up in Buffalo, he’s not overly concerned and is in fact looking forward to the Lambeau aura and history.

“I’m going to have many layers on and treat like I’m going skiing,” Papa said. “With traveling and being in the weather, you get sore throats and the voice quality may not be what you want it to be, but I’m not going to be too concerned about the weather.”

More concerning than temperature is snow, which isn’t expected in Green Bay Saturday. The “Tuck Rule” game on Jan. 19, 2002 in which the Raiders lost 13-10 in overtime to New England, presented some issues with first down distance.

“It wasn’t cold at all. I remember sticking my head out the window and breathing it all in,” Papa said. “It was 25 and clear and the snow was beautiful. It came straight down. But it was challenging because you couldn’t see the yard lines.”

Papa, 59, is known within the business for preparation bordering on fanatical. But few have gotten a look behind the curtain to see how Papa actually operates on game day. A brief film clip of Papa at work in the 49ers’ wild card round win over Dallas and posted on Twitter provided a glimpse.

The voice you hear that borders on maniacal depending on game circumstance comes from a body in constant motion. He uses binoculars off and on, moves about the broadcast booth and gesticulates wildly on big touchdown calls.

Given analyst Tim Ryan’s level of excitement, energy oozes from the broadcast in a way that would be inappropriate for television but makes for intense radio. Papa has done both, but is old school when it comes to radio.

“I don’t sit down. I stand the entire game. I may sit down during breaks,” Papa said. “For me to physically get the words out, it kind of propels out of my body. It’s almost like a theater actor on stage. If I sat down it wouldn’t come out of my diaphragm the same. I have to be able to project.”

When doing radio play-by-play for the Warriors from 1986 through 1997, season ticket holders got Papa set belts because of his penchant for standing up during the action.

“I had fans sitting behind me and they would get annoyed,” Papa said. “I’d try and sit most of the game, but there were times where I just had to stand up”

The days leading up to a football broadcast are greatly aided by modern technology. When doing Raiders play-by-play, he carried around a bag of VHS tapes had a television in his room on the road to play them.

“Now it’s so much easier to prepare because I can watch them all on my iPad,” Papa said. “I remember when I first got into it with the Raiders in ’97 and asking Bill King how to study. he said he’d carry a team’s roster with him, stop at a traffic light and say, `Howard Twilley is No. 81 for Miami, Manny Fernandez is No. 75′ and memorize it that way.”

And when Papa says “all,” he means it. He’s watched all Green Bay games in chronological order, both game broadcasts as well as All-22 which shows all the players on every play. Calling the process “downloading my brain,” Papa will watch during his 90 minutes a day on his treadmill, while taking out the garbage, and other places he’d rather not mention.

“There’s nothing better than watching it over and over and over again, as many games as I can then just having a firm idea of what they’re going to do in certain situations, like what Fred Warner does preparing to play a team,” Papa said. “He can diagnose a play before it happens. For me, it makes it easier to call. You can’t take your eyes off the field, if you’re looking down at something, the ball is going to be back in play and you’re going to miss it. The goal is to be instantaneous.”

When the game is over, Papa watches it over again so he and John Lund, the co-host of their daily KNBR Radio show, can analyze it all over again.

But first, Papa will pour all the prep work as well as some chicken soup into a broadcast for more than three hours.

“There’s a magic element to it,” Papa said. “I’ve done games in August through December but never in mid-January. The history of that place is so amazing. It’s going to be fun.”