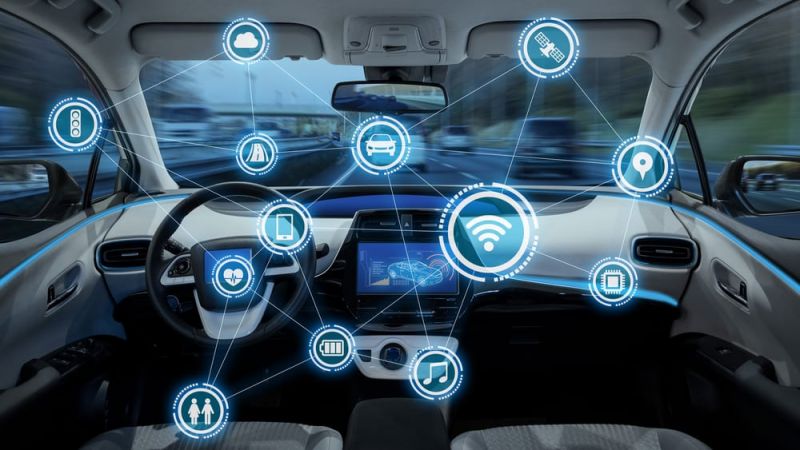 Connected cars of the future will come packed with communications technology to power everything from autonomous driving, navigation, digital payments and other connected services. In most cases, the hardware that supports these systems is usually supplied by leading telecommunications companies such as Qualcomm, Nokia and many others.

Now the electronics giants are demanding that Japan’s top automakers, Toyota Motor Corp, Honda and Nissan, pay them for the hardware that’s  installed in their vehicles, regardless if drivers use the technology that comes preinstalled, Japan’s Nikkei Asia reports.

A total of 48 telecommunications technology developers, including Finland’s Nokia, U.S. chipmaker Qualcomm and Japan’s NTT, have demanded that Toyota, Honda and Nissan pay them patent fees for components used to connect cars to the internet, Japan’s news outlet Nikkei has learned.

The development highlights the competitiveness of tech companies pushing into the automotive space and may likely lead to higher costs for carmakers developing next-generation connected technology for their vehicles.

As reported by Nikkei, U.S. company Avanci, which is in charge of negotiating patent fees for the LTE (4G) communication standard, are asking the three major Japanese carmakers to pay $15 per vehicle in exchange for comprehensive use of related patents held by companies such as Qualcomm and Nokia.

The automakers will be charged regardless, even if drivers never use any of the communications technology.

Avanti simplifies the way automakers provide connectivity by bundling the licensing rights of the vast majority of cellular standard essential patents into a single agreement.  More than 25 million connected vehicles around the world are currently licensed through the Avanci marketplace, according to the company’s website.

Avanci brings together all of the related patents into what’s called “patent pools,” to carry out joint negotiations on behalf of its telecommunications clients. In addition to Nokia, other global companies, such as Sweden’s Ericsson, Philips, Japanese companies, including NTT, Sony Group, Panasonic and Sharp, are taking part, bringing the total to 48 companies.

The 48 companies hold roughly 70% of the standard patents that form the core components of 4G communications technology. They are considered to be basic patents indispensable to the development of internet connected cars.

Nokia for example, is strong in communication infrastructure such as base stations, while Qualcomm holds many key semiconductor-related patents.

The technologies to be licensed include methods for transmitting and receiving radio waves with in-vehicle communication devices, and the order of operations for devices, according to Nikkei.

With the impending rollout of 5G technology across the auto industry, Avanci is preparing for similar negotiations on 5G-related patents.

It’s still unclear if the three automakers will agree to pay for the patents, including sharing the cost with their suppliers. If so, the royalty is expected to range from billions of yen (tens of millions of dollars) to nearly 20 billion yen per year, according to Nikkei.

Based on Toyota’s goal of selling 10.3 million vehicles globally in the fiscal year ending March 2022, it would have to pay about 18 billion yen (US$157 million), or 0.7% of its expected consolidated net profit for the same period.

In Oct 2021, Bellevue, Washington-based private equity company Intellectual Ventures Management LLC filed lawsuits with federal district courts in Texas against the three automakers over the use of in-vehicle Wi-Fi networks.

Intellectual Ventures was founded by a former executive of Microsoft Corp., is believed to possess around 70,000 patents, collecting patent fees as its main source of income.

4G and 5G Communications Technology is Important for Automakers

Telecommunications technology is also important for automakers to generate new revenue streams in the future. GM, for example, envisions a future where connected vehicles and other new businesses drive more than $80 billion in new revenue, with most of this growth occurring between 2025 and 2030.

GM was one of the first automakers to offer connected services when its launched OnStar in 1996. It’s grown to become the industry’s leading connectivity platform with more than 16 million connected vehicles on the road.

A year ago, GM and Qualcomm announced plans for a collaboration to deliver premium digital experiences in future GM vehicles, including advanced technologies for next generation, connected vehicles.

GM also worked with Qualcomm Technologies on “cellular vehicle-to-everything” (C-V2X) communications, which was launched with the popular Buick GL8 minivan for the China market.

Field is leading Ford’s “Embedded Software and Hardware” organization, which includes enterprise connectivity and driver assistance technology that will rely on cellular networks and hardware supplied by telecommunications companies such as Qualcomm.