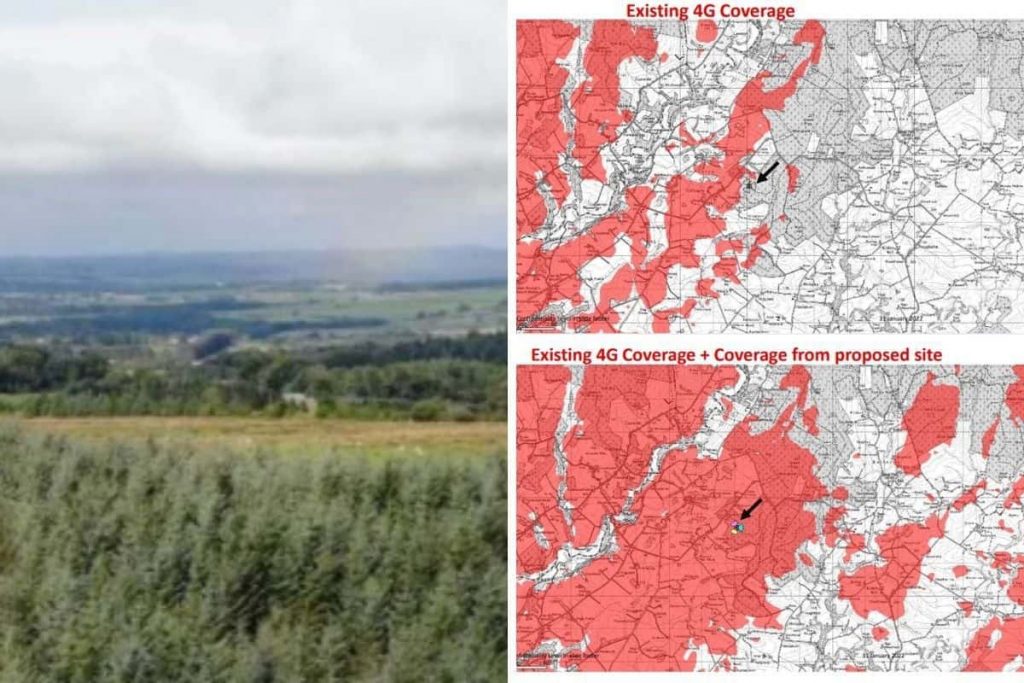 Plans have been revealed to build a transmission tower in a hamlet north of Carlisle city centre to increase 4G coverage in the area.

Cornerstone has submitted the application for land north east of Chapel Hill, Catlowdy.

The applicant said it is necessary to periodically improve existing towers or install new ones to keep up with demand and ensure the best possible service.

“To keep up with growing demand from mobile phone users, we need to upgrade existing base stations or build new base stations.

“An upgrade can be done in a number of ways, often by redeveloping the site to enable an increase in the number of technologies, or increasing the number or height of the antennas.

“However, even after these upgrades, in some busy areas the demand for services can still exceed the capability of the local base stations. There are also some parts of the country where we do not have adequate coverage.

“In these situations we need to look into developing a new base station. This would improve the network coverage, resulting in improved network experiences for local customers.”

If planning permission is approved, 4G coverage in the Carlisle area will be significantly improved.

Plans are part of the Shared Rural Network which is a collaboration between mobile network operators Vodafone, Three and Telefonica, and the Government.

The network is designed to improve 4G coverage for people living and working in rural areas, which are currently poorly served.

It is hoped that the scheme will see coverage from at least one operator to 95 per cent of the UK by 2025.