Pilots’ Matchup Against Stanford to be Broadcast on ESPN2 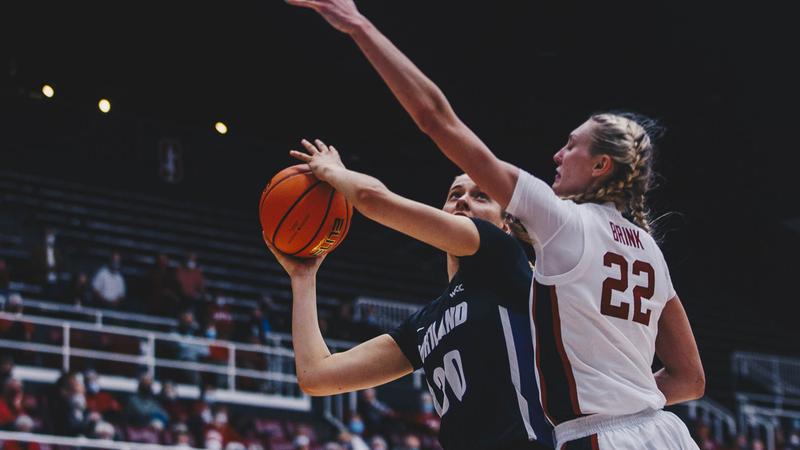 PORTLAND, Ore. – Portland Pilots women’s basketball will officially play on national television, with their matchup against the national powerhouse Stanford Cardinal on Sunday, Nov. 13 set to be broadcast on ESPN2. It’s the Pilots’ first nationally televised showdown since the WCC Tournament championship showdown against the San Diego Toreros in 2020, which the Pilots won 64-63 to qualify for the NCAA Tournament.

The Pilots and the Cardinal have only played each other twice in their programs’ histories. Most recently, the Pilots played the then-No. 7 Cardinal in Paolo Alto, falling 77-55. Stanford has one of the best programs in women’s basketball history, winning three NCAA national championships and making 15 Final Fours. Most recently, the Cardinal made the Final Four in 2022 and won the national championship in 2021.

Portland is coming off a successful 2021-22 campaign that saw the team go 20-11 and advance to the second round of the WNIT. They put together their fifth 20-win season as a Division I program and their second in three years under head coach Mike Meek. The Pilots’ win over Colorado State in the opening round of the WNIT was their first in the tournament and their first playoff win at home.

Season tickets to watch Pilot women’s basketball start at $80. You can also watch the Stanford game by purchasing our ticket flex plan or our five-game mini-pack that includes the Stanford game as well as matchups against Gonzaga, BYU, Gonzaga and Saint Mary’s. Check PortlandPilots.com/Tickets for more information.

The first chance to see the Pilots will be this Saturday, Oct. 8 for the first ever Purple & White scrimmage. Both our men’s and women’s teams will play an intrasquad scrimmage, with the women’s team playing at 2 p.m. and the men’s team at 3:30 p.m. Doors open at 1:30 p.m.