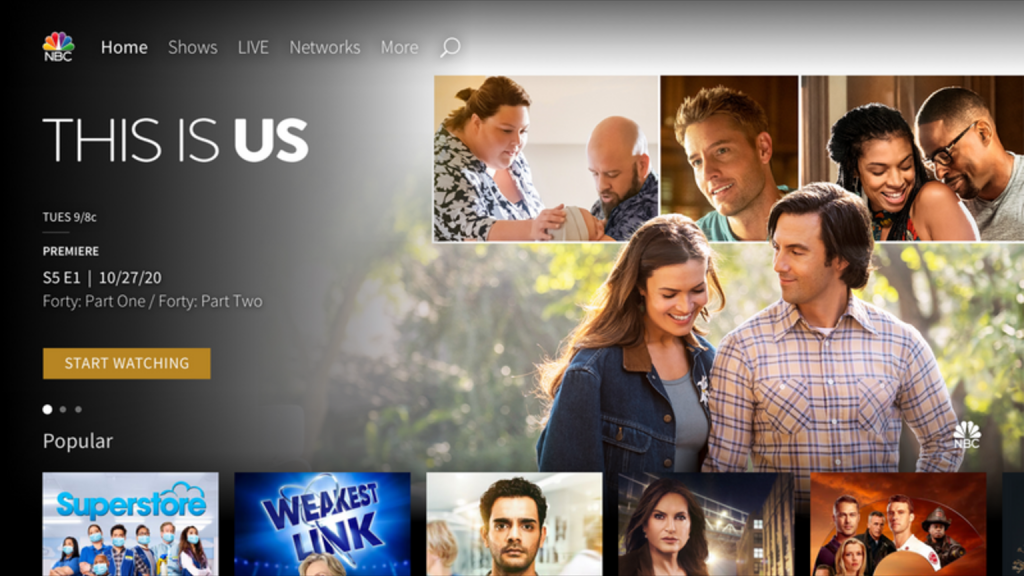 Each season, television creators make pilot episodes as a way to entice networks to order their shows to series. And for decades, networks have typically bought dozens of pilots every year as a way to keep and attract viewers, thus generating revenue. However, so far this season, ABC, CBS, Fox, NBC, and The CW have only ordered a shockingly low 34 pilots combined. That is the lowest number that we have seen in at least a decade. To put things in perspective, during pre-pandemic days, 60 was considered a record low. While experts say that additional pilot orders may still come, this year’s 34 comedies and dramas are still down from last year’s sum, which included 20 pilots that were left over from 2020.

After the pandemic wiped out Pilot Season 2020, the five broadcasters had a mix of dramas and comedies that carried over from before COVID-19 and scripts that were developed during quarantine. Now, two years into making television with costly COVID-19 protocols, the five networks have shifted to more of a year-round developmental model; gone are the days of producing nearly 100 to 300 combined pilots each season.

Another thing that needs to be addressed (you know where we’re going with this), is that the industry’s shift to streaming has played a huge role in this number continuing to drop. As media titans allocate their spending, especially since costs have risen significantly, networks are re-examining if and they should replace old shows with new ones. Plus, the traditional pilot season barely exists in the streaming world — but we’ll get to that later.

December 2021 saw the lowest activity of new TV series around the world of the entire year with just 614 new titles announced across linear, streaming, and broadcast. Granted, linear had the lowest out of all of them.

A Reddit comment written by @detlillaspoket sums it up perfectly: “I think the industry has sort of moved to the conclusion that pilot season is dead. It’s been moving that way for a few years because of the streaming platform takeover and how they don’t operate on the traditional pilot/episodic season format that networks have in the past. But the pandemic really killed it…”

According to the Hollywood Reporter, here is the total number for 2022 across dramas, comedies, single-camera shows, multicamera, and animated, versus 2021.

Overall Volume Over the Span of 10 Years:

If we take a closer look at Pilot Season 2022 broken down by network, Fox and The CW had the lowest of all with four and three pilot orders, respectively.

There are only three dramas ordered for 2022.

How is Pilot Season Different for Streaming?

Now let’s compare this to streaming, shall we?

The great thing about streaming services is that pilot season doesn’t need to exist. Traditionally, pilots all came in the winter and early spring so that networks could set their fall lineups in time for Upfronts, the period in which broadcasters pitch their slates to advertisers. However, with subscription fees, even services that have ad-supported options don’t rely on advertisers nearly as much as they used to, so they are able to focus on building a schedule focused on attracting and retaining subscribers instead of selling as many ads as possible.

This also means that it benefits streaming platforms to release new content year-round instead of having to be beholden to the traditional fall season model.

While we may not have the exact numbers that Hollywood Reporter has so nicely broken down, it still gives us a good look at the contrast. According to Deadline, these are the number of pilot orders so far. Since straight-to-series orders — which skips the pilot process altogether — make up the bulk of streaming services’ content spending, the numbers are pretty low.

In addition to the one single-camera comedy pilot “Computer School,” the straight-to-series orders so far are reboot series”Degrassi,” “The Girls on the Bus,” and “The Penguin.” The HBO cable channel also only has one pilot ordered this season.

As we can see, streaming services LOVE drama (is it really a streaming war without it?), and they’ve pretty much always been that way. Based on data from the Variety Intelligence Platform, streaming services had three times as many original drama series as cable did in 2021. Streaming platforms released 311 dramas compared to cable’s 95; broadcast only released 78.

Thus far, streaming services have ordered a combined total of 23 dramas. While Disney-owned ABC has nine pilot orders, Disney+ has eight, and sister streamer Hulu only has four. NBC’s Peacock has six. The total streaming volume was 32, which is less than broadcast, but this data doesn’t include numbers from Paramount+. The CBS-owned company could have the most among digital competitors as the broadcast arm of CBS ordered 10 pilots this season.

However, content spending is an entirely other beast. Wells Fargo predicted that among the nine leading streaming companies, the total will reach $140.5 billion in 2022, a 10% jump year-over-year. This figure is estimated to increase to about $172 billion by 2025.

Typically, the Big 4 set aside more than $100 million for a handful of pilots to make it to series — which they had done in the 2000s and early 2010s. Now it is probably hard to justify in the current economic environment. However, even that peak number is way less than the projected $140.5 billion that streaming will spend on content.