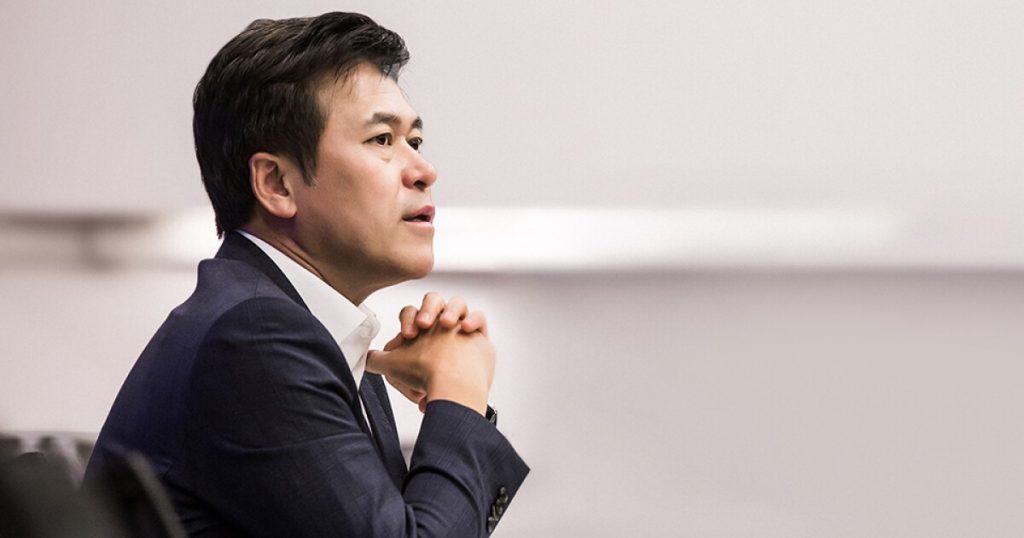 Meet Korea’s Mr M&A. Park Jung-ho is vice chairman of SK Telecom and chief executive and vice chairman of both SK Hynix and SK Square. He also oversees the overall SK Group conglomerate’s information and communications technology (ICT) activities. Park is a group veteran, whose more than three-decade tenure has included stewardship of a host of different group companies. But he’s known for one thing in particular: acquisitions.

Over the years he has spearheaded deals to buy Hynix, ADT Caps and Toshiba Memory, alongside internal mergers that have shaped the whole corporate structure of the group. And, over an extraordinary eight-course meal at the O’neul restaurant in the Itaewon district of Seoul, he tells his story for the first time to foreign media.

Park will forever be connected with SK’s purchase of Hynix in 2011, but his story with SK Group starts much earlier, when he joined in 1989. From an early stage he was a close affiliate of SK chairman Chey Tae-won; the two rose in tandem. “Beginning my career with chairman Chey, I was 28, he was 31,” Park says. “We were still very young, but we thought we were mature at that time.”

Both had a strong and early interest in the possibilities of mobile telephony at a time when there was little clarity about how it would evolve.