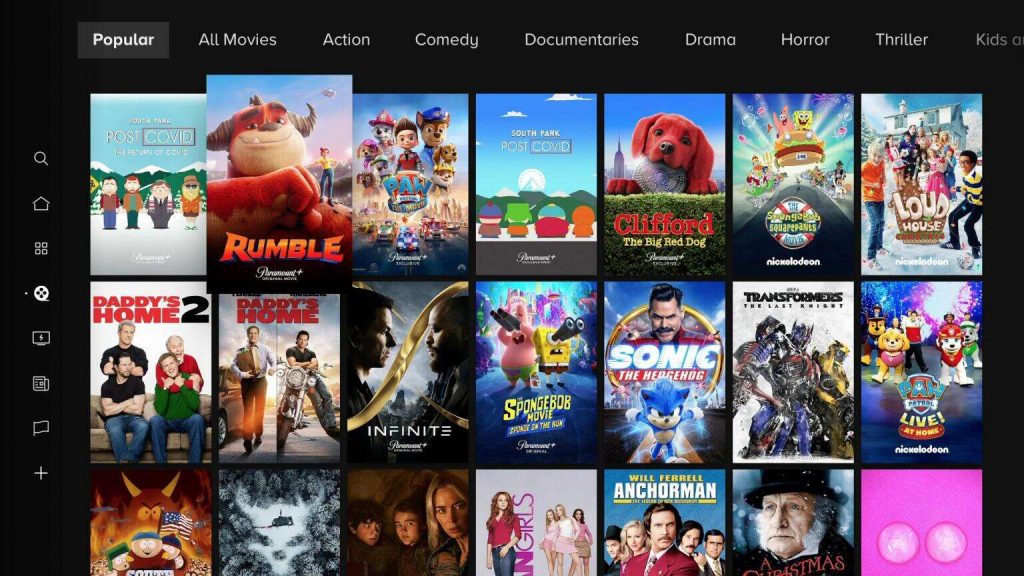 At Deutsche Bank’s Media, Internet & Telecom Conference, Paramount CFO Naveen Chopra discussed the company’s apparently controversial investment into streaming. With multiple streaming services — Paramount+, Pluto TV, and Showtime — under their corporate umbrella, it is important for the company to reach as many people as possible.

“Our view is that you’ve got to address the entire household, which involves a combination of obviously scripted content, but things like sports, news, movies, kids content, unscripted,” Chopra said. “And that’s really critical in terms of both being able to drive engagement, audience growth, etc., but also being able to leverage content investments across a variety of different channels.”

It’s those investments that Chopra believes will be a major differentiator for Paramount’s streaming future, especially in relation to the biggest elephant in the streaming room, Netflix. With the amount of money being invested in content creation across the top nine streaming services expected to rise to $140.5 billion in 2022, Chopra said that Paramount’s deep library of intellectual property gives them a distinct advantage over other services that don’t have that type of history.

“Without well-known IP, you’re stuck in the mode of having to launch new shows and try to build new audiences every single time and that can honestly be a pretty expensive endeavor,” the CFO said. “Whereas our ability to take those existing audiences, that existing IP, those franchises, extend them, build on them across multiple channels. It just yields better ROI. And that’s a big part of why we think our strategy is so compelling.

Other streaming services like Disney+, HBO Max, and others also come with existing IP that they can capitalize on, but due to the nature of their business model, Netflix must either license existing content or create it from the ground up, something that gets increasingly expensive when subscriber growth — especially domestically — slows dramatically.

Chopra also touted the company’s multi-faceted content approach, including building on content from their array of traditional broadcast networks and their ability to get Paramount Studios’ movies onto Paramount+ in increasingly quick turnaround times.

“We like the concept of a 45-day window that allows us to continue to capture the value of theatrical audience, but also use movies as drivers of both acquisition and engagement on our streaming platforms,” he said.

As Paramount’s CEO Bob Bakish has talked about extensively, especially during last month’s Investors Day presentation, the company’s popular linear and cable networks like CBS, Nickelodeon, Paramount Network, MTV and more, as well as their historic movie studio, gives them not only the library, but the production resources to move quickly and aggressively into the streaming space.

Not only do Bakich and Chopra think that the existing content will be important to the growth of their services, but also it allows them to build and expand franchises including “Paw Patrol,” “Sonic the Hedgehog,” “A Quiet Place,” and Taylor Sheridan’s “Yellowstone.”

“So we think from a revenue perspective, we can grow faster and bigger,” Chopra said on Tuesday. “And then when you look at it from on the cost side of the equation, there are very tangible benefits that we have and again, start with content the fact that we have this huge library of content is a great asset in the financial model. If you’re a pure-play kind of upstart streaming business without that library, you’ve got to spend billions of dollars a year to rent library content.”

Unlike Netflix, who started as a streaming service exclusively using content created by other studios before getting into the game themselves, Paramount is confident that having decades of material to build upon will allow them to gain ground in the streaming wars faster than expected.

“Well, the first thing I do is I pointed to the fact that we added 9.4 million subscribers in Q4 we were the fastest-growing major streaming service [and] fastest-growing brand in the US market,” Chopra said. “And all of that success is content driven. First and foremost.”