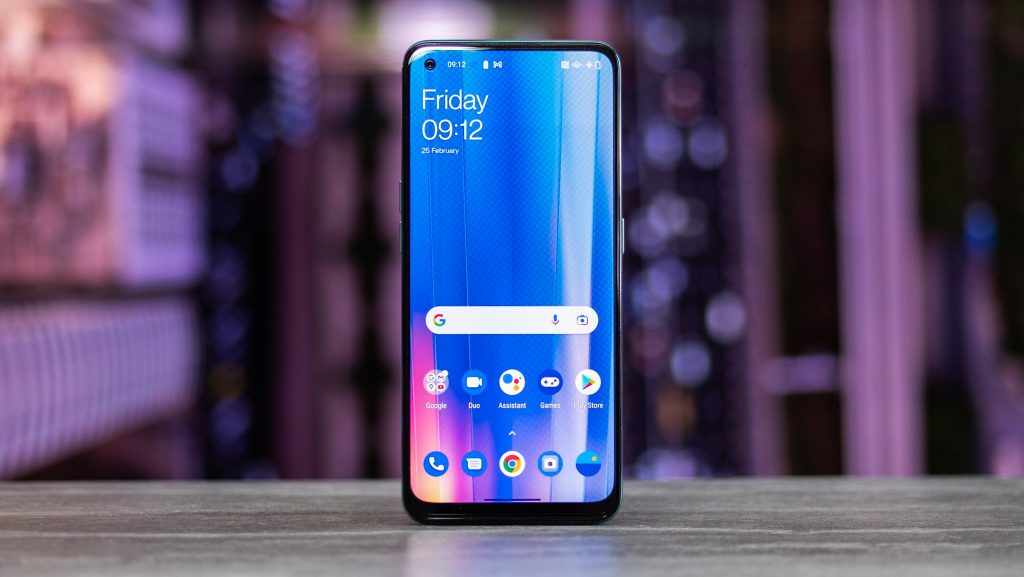 Flagship fans might bemoan the move downmarket, but phones like the OnePlus Nord CE 2 5G adhere more closely to the Chinese firm’s original proposition than any of their more recent premium handsets.

It might not come with a cutting-edge Snapdragon chipset, but the Nord CE 2 5G is still a high-quality smartphone that anyone can afford and squeezes in a huge amount of stuff for not very much cash.

OnePlus Nord CE 2 5G: What you need to know

For those not familiar with the Nord range of smartphones, the CE 2 5G sits towards the bottom of OnePlus’ range. It isn’t the lowest priced OnePlus phone – that honour falls to the company’s Nord N10 – but at £299 it is cheaper than every other handset OnePlus produces (at list price).

For that money, you’re not getting the cream of the crop when it comes to smartphone silicon. Instead, inside the Nord CE 2 you’ll find a MediaTek Dimensity 900 processor, which is an eight-core part that’s roughly equivalent to the Snapdragon 750G in performance, if not a tiny bit quicker.

The rest of the Nord CE 2’s spec looks more than up to the job, though. The budget processor is accompanied by a perfectly acceptable 8GB of RAM and 128GB of storage and the display is impressive on paper, too, consisting of a 90Hz AMOLED panel measuring 6.43in across the diagonal. And the phone comes with fast 65W Supervooc charging that promises to deliver up to a day’s worth of charge in just 15 minutes.

As for the cameras, there are three of those at the rear: a 64MP (f/1.7) main camera, an 8MP ultrawide and a 2MP macro lens, with a 16MP selfie camera facing the front. And fans of old-school tech will be pleased to see that the Nord CE 2 5G comes with both a 3.5mm headphone jack and a microSD card slot, alongside dual SIM capability.

At £299, the OnePlus Nord CE 2 5G might be one of the cheapest OnePlus phones around but it’s actually more of a mid-ranger when it comes to the majority of the smartphone market.

In its price bracket, competition is fierce but there’s only one other handset that comes close to matching the Nord CE 2 5G’s all-round offering, and that’s the superlative Redmi Note 11 Pro 5G. This is a phone with comparable battery life, 5G connectivity, the same 65W fast charging and an AMOLED display.

The main differences between the two phones are that the Redmi has a slightly larger 6.67in display running at 120Hz, and that it runs Xiaomi’s MiUI software skin, while the OnePlus has a 6.43in 90Hz display and runs OxygenOS. Both MiUI and OxygenOS are based on Android 11 but we prefer the cleaner, near-stock approach of OnePlus’ software.

READ NEXT: The very best smartphones money can buy

In keeping with the budget price, the phone isn’t particularly exotic when it comes to materials. The screen is topped with Gorilla Glass 5, which should resist scratches and ensures smudge-free visuals; however, the rest is plastic. That’s not necessarily a bad thing, though.

The glossy rear panel on my Bahama Blue model looked as if it might be glass at first and I really like the way the camera bump is moulded in as one piece. The plastic does pick up fingerprints quite readily but the light blue means they’re not immediately noticeable and it’s quite easy clean up those marks with a couple of wipes on your shirt sleeve.

Otherwise, the design of the phone is fairly straightforward. On the front, the screen is entirely flat, punctuated only by a single camera located in the top left corner. There is a fingerprint reader but it’s hidden behind the glass about three-quarters of the way down.

Around the edges, two volume buttons are found on the left along with the SIM tray, which can hold two SIMs and a microSD card up to 1TB in capacity all at once. The power button is on the right and on the bottom edge is that 3.5mm headphone jack, sitting next to the USB-C charging port.

There’s no water- or dust-proof rating here but OnePlus says that the CE 2 5G is “splash proof”, although I wouldn’t recommend putting that to the test. However, the phone does come with 65W charging and a dual-cell 4,500mAh battery that will get you a day of battery life after around 15 minutes plugged into the wall.

The days of mid-range phones coming with compromised displays are long gone, it seems, and the 6.43in AMOLED unit on the OnePlus Nord CE 2 5G is a cracker. It has a smooth, 90Hz refresh rate, so scrolling feels suitably fluid, and the resolution is a sharp 1,080 x 2,400.

It’s as vibrant as you’d expect an AMOLED screen to look, reaching a decent peak brightness of 408cd/m2, has effectively perfect contrast and is reasonably colour accurate, too. If you want to pick nits, the screen on the Redmi Note 11 Pro 5G is slightly superior for colour accuracy but, in general use, there’s nothing to complain about here.

As ever, though, Android’s colour management system disappoints so, if you want to make the most of the display, you’ll need to switch colour profiles depending on what you’re doing. Here, you have a choice of Vivid and Gentle (sRGB) colour modes, with the former best for watching Netflix, Disney+ or Amazon Prime, and the latter suited to everything else.

The MediaTek Dimensity 900 chipset powering the OnePlus Nord CE 2 5G may not be a Qualcomm part but, for the money, it’s actually very impressive.

Indeed, its benchmark results in both the Geekbench 5 and GFXBench Manhattan tests push it ahead of its main rival, the Redmi Note 11 Pro 5G, and it feels perfectly snappy in general use, too.

Battery life is equally impressive, with the phone’s 4,500mAh dual-cell battery lasting 24hrs 27mins in our video rundown test. That’s another impressive result and should give you enough juice to last at least a day of moderate use without having to recharge. And when you do run out of juice, that 65W charging is a godsend: I found it charged the phone to 50% in around 12 minutes from empty, and to 100% in 34 minutes.

As for the cameras, they’re not without flaw, but what you’re getting here is again, more than decent. Before I get into the nitty gritty, however, let’s set out the specifications.

However, this is all pretty standard at this price. Again, the Redmi Note 11 Pro 5G’s main camera edges slightly ahead on paper but not enough to make a huge difference in practice. It has a higher-resolution 108MP camera, but by default it produces 12MP pixel-binned images just like the OnePlus. And the rest of the rear camera lineup is identical, with the main camera accompanied by a low-res macro camera and an 8MP (f/2.4) ultrawide shooter.

The important thing is that image quality is great. In good light, photographs are packed full of detail and colour and the only criticism I have is that, occasionally, there’s a touch of over exposure in scenes with lots of extreme contrast. It’s not a patch on the iPhone 13 Pro I was comparing it with – not that that should surprise you – but what did come as a shock to me was that in some shots I struggled to tell the difference. 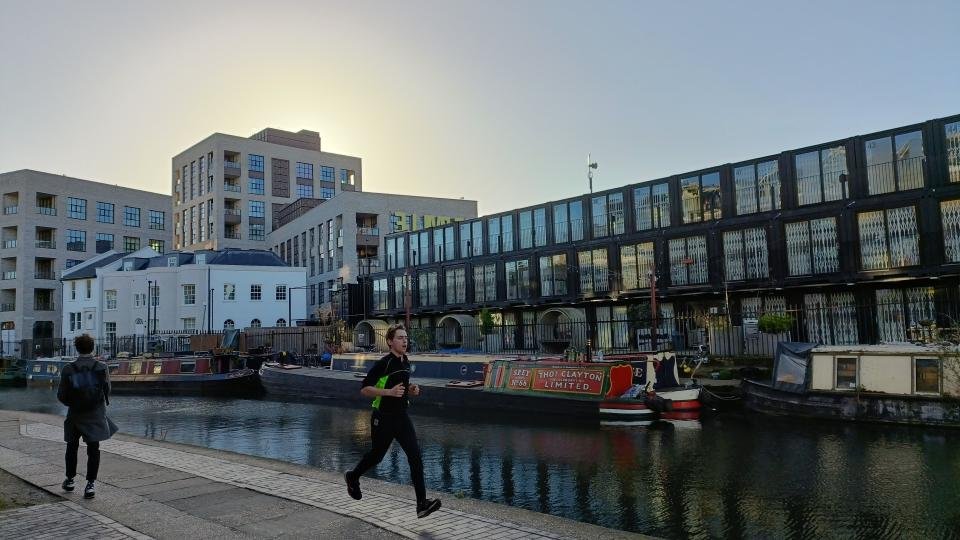 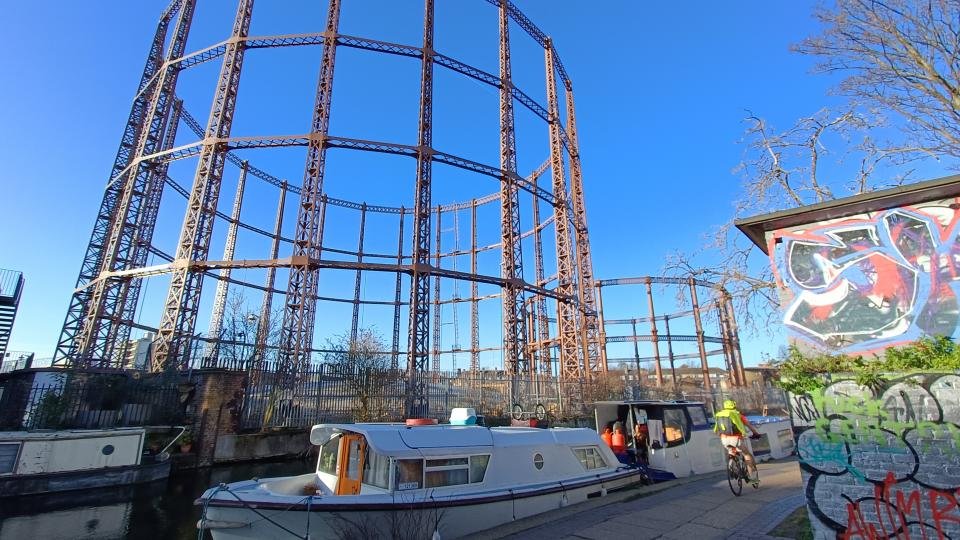 I wasn’t particularly impressed with portrait mode, though. Here, the phone struggled to cut out fine hair and occasionally trimmed away a little too much face for my liking. It copes fine for taking pictures of folk without much hair left but when it encounters more challenging hairdos it struggles big time. 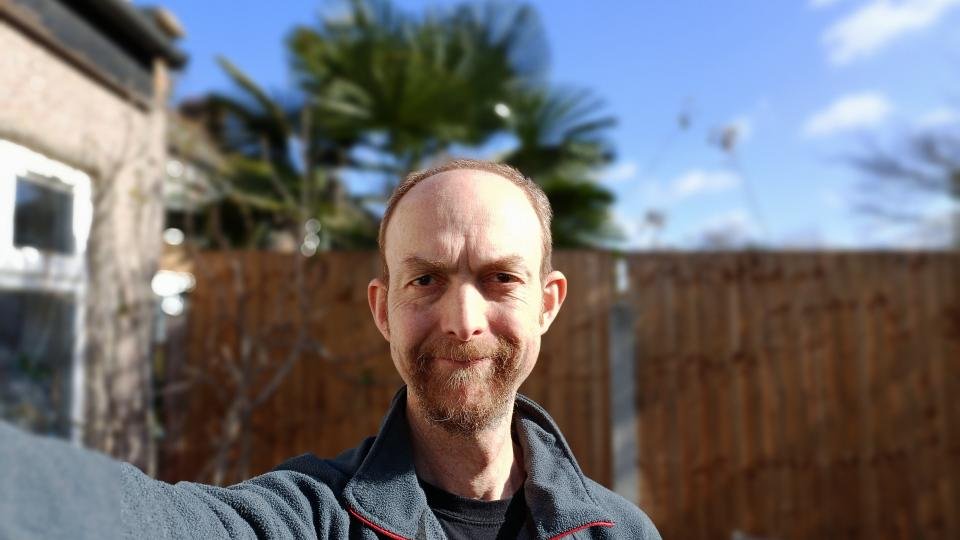 OnePlus strikes back with its night mode, however. Images captured using this mode came out looking a little soft for details, with shadows taking on a slightly purple tinge but overall, the rest of the image looked surprisingly clean. Most importantly, inky black skies remain blotch free, unlike the night images we experienced with the Redmi Note 11 Pro 5G. 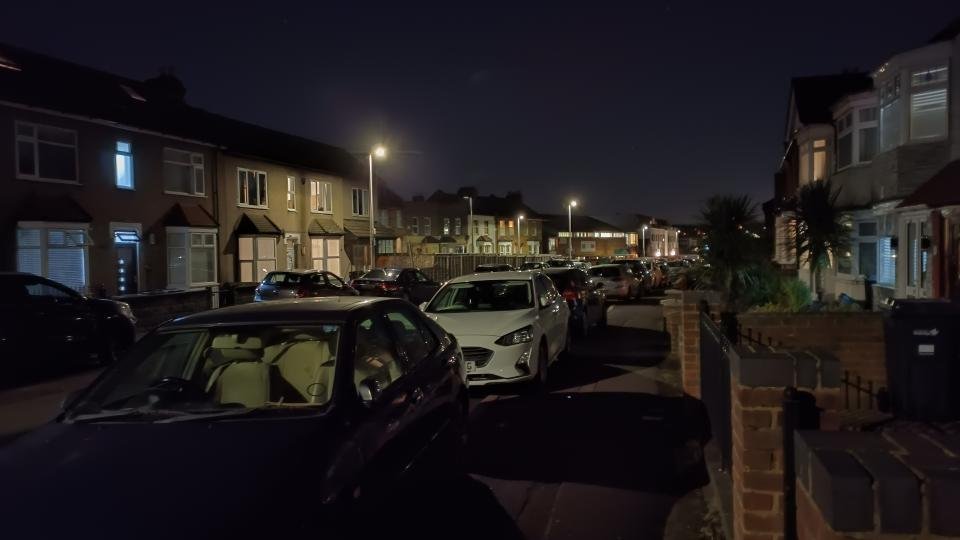 All of this adds up to a pretty tempting package. The MediaTek chipset delivers impressive performance, battery life is excellent and the camera is respectable as well. Plus, for £299, the Nord 2 CE looks pretty swish, despite its largely plastic build.

Add in a 3.5mm headphone jack, microSD storage expansion support and dual-SIM capability and you have one of the most well-rounded handsets for the money. If you don’t have piles of cash to spend, you can’t wrong with the OnePlus Nord CE 2 5G; it’s a fabulously affordable smartphone.