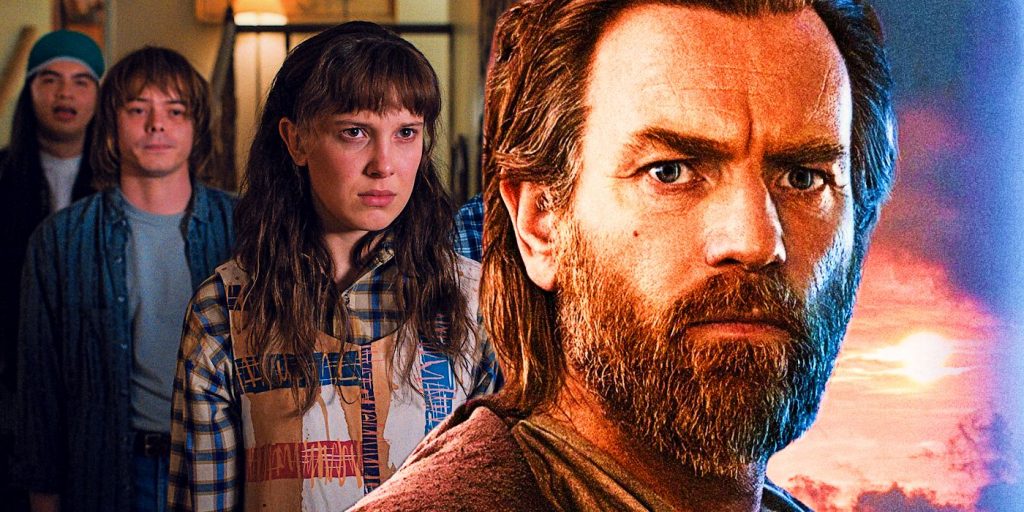 Obi-Wan Kenobi will now release on May 27, and that means the Disney+ series will have to face a tough battle against Netflix’s biggest show.

Disney+ has shifted the Obi-Wan Kenobi release date to May 27 in what will be a two-part premiere, but it ended up creating a huge streaming battle against Netflix in the process. Jedi Master Obi-Wan Kenobi’s long-awaited solo series is closer than ever, but audiences will have to wait a little longer than they thought to see Ewan McGregor back in the world of Star Wars. Hayden Christensen will also reprise his role as Anakin Skywalker/Darth Vader in a show that promises to deliver the rematch of the century.

Obi-Wan Kenobi was originally set to be released on May 25, the date on which the Star Wars franchise will turn 45 years old. Before that, many Star Wars fans believed that the show would premiere on May 4 as part of the saga’s annual May the Fourth celebration, but the Moon Knight release schedule soon put the idea down. Obi-Wan Kenobi will now debut on a date with no particular significance for the Star Wars franchise, thankfully just two days later than was initially announced.

Obi-Wan Kenobi is now premiering on the same date that Stranger Things season 4, part 1 releases, May 27. The move to a Friday release will not only test Obi-Wan Kenobi against one of the most popular shows of recent years, but it will also mark one of the biggest – if not the biggest – battles between Disney+ and Netflix to date. On the one hand, the brand-new limited series focuses on one of the most beloved characters in Star Wars. On the other, Stranger Things has been Netflix’s flagship show since 2016. At a time when streaming services compete not only for customers’ money but also for exposure on social media through topics that dominate the conversation, it will be interesting to watch the fight for the spotlight between the first two episodes of Obi-Wan Kenobi and the first half of Stranger Things season 4 on May 27.

It is worth noting the different contexts surrounding the releases of Obi-Wan Kenobi and Stranger Things season 4. For the Disney+ Star Wars show, May 27 will only see the premiere of the first two episodes of the show, with the remaining four episodes being released weekly as it has been the tradition for the Star Wars and Marvel series on the platform. As for Stranger Things, five out of the nine episodes of the season will drop on May 27, with the remaining four episodes all dropping on July 1. The two different release models will surely spark conversations of comparison and attract different types of viewers, which adds an extra ingredient to the streaming battle between Obi-Wan Kenobi and Stranger Things. Obi-Wan Kenobi‘s first two episodes will most likely generate more immediate discussions about possible cliffhangers and what will happen in the next week, while the discussion around Stranger Things season 4 could take a little longer to ignite and will mostly be carried by those who managed to binge-watch all five episodes right away.

With streaming services like Disney+ and Netflix producing more and more original content, a clash like the one that will take place on May 27 between Obi-Wan Kenobi and Stranger Things season 4, part 1 was inevitable. It will be interesting to see which of the two productions does better, not only in terms of viewership numbers, but also in dominating the conversation on social media. Whatever the outcome of the streaming battle between Obi-Wan Kenobi and Stranger Things, the fact is that those who intend to watch both shows will have a very busy Friday.

Marcelo Leite is a senior writer for Screen Rant with years of experience in creative and academic writing. Although his chosen field was structure engineering, there is nothing he likes better than writing about the things he loves.