NFL Playoffs: How to watch Bengals vs. Titans, 49ers vs. Packers without cable 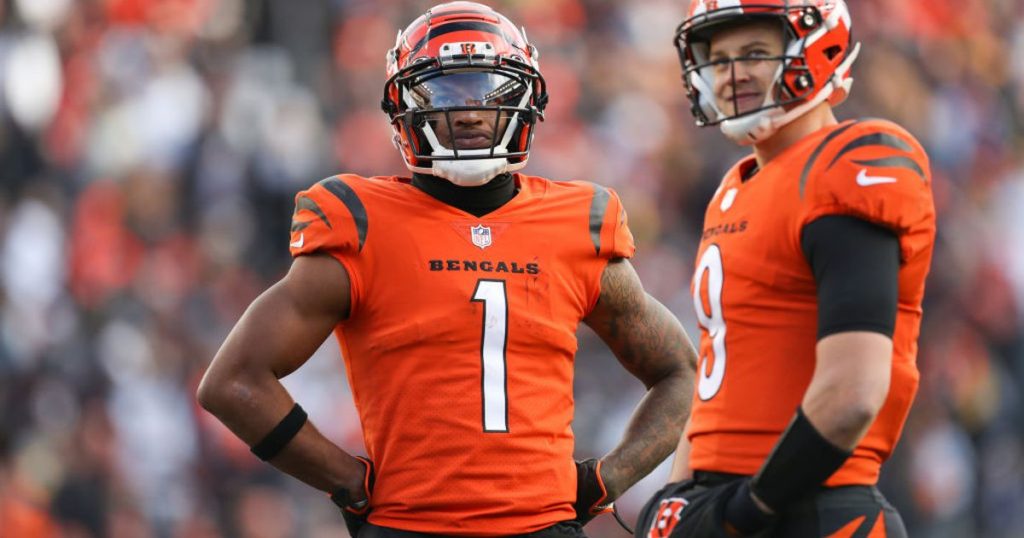 Last week’s Super Wild Card weekend narrowed the field of Super Bowl contenders to eight teams. Four will be in action on Saturday, starting with the Tennessee Titans hosting the Cincinnati Bengals, followed by the San Francisco 49ers taking on the Green Bay Packers at frigid, storied Lambeau Field.

The Bengals won their first playoff game in over three decades last weekend and now must face the Titans, who earned a first-round bye by finishing with the best record in the AFC. The Titans expect All-Pro running back Derrick Henry to return to the lineup after being out since week 8 with a foot injury.

The 49ers will look for their second road win in the playoffs against the Packers on Saturday night. The 49ers defeated the Dallas Cowboys in their first-round game after time ran out on the Cowboys as they were driving for a tying score. The Packers rested last week as the top seed in the NFC. The game will be a fascinating study in contrasts, with the Packers’ passing attack, helmed by Aaron Rodgers and Davante Adams, against the 49ers’ dominating ground game, led by the versatile Deebo Samuel and rookie Elijah Mitchell.

Two more games are slated for Sunday. First up will be Tom Brady and the Tampa Bay Buccaneers against the Los Angeles Rams. The second game on Sunday looks to be the best matchup of the weekend — if not the entire playoffs — when Josh Allen and the Buffalo Bills, fresh off their dominating win against the New England Patriots, travel to Arrowhead Stadium to play Patrick Mahomes and the high-flying Kansas City Chiefs.

Here’s the schedule for the weekend (all times ET):

The good news for football fans who cut the cable TV cord is that it’s easier than ever to stream NFL playoff games live. This year inexpensive services, namely Peacock and Paramount Plus, are carrying NBC and CBS games, while premium live TV streaming services like YouTube TV and Hulu with Live TV stream every game too. Here’s how you can catch all the NFL playoff action.

How to watch the NFL playoffs

Major streaming providers such as YouTube TV, Hulu Plus Live TV, FuboTV and DirecTV Stream offer nearly all the major channels you’ll need for the rest of the playoffs: CBS, NBC and Fox.

Sling TV offers NBC and Fox in some markets with its Blue package, but it lacks CBS.

If you’re fine with watching on your phone or tablet, you can use the Yahoo Sports app to stream all the action.

What do I need to know about Peacock?

All of NBC’s NFL Playoff games — including the Super Bowl on Feb. 13 — will be available to stream on its Peacock streaming service, so long as you pay for one of its Premium subscriptions.

How about Paramount Plus?

Paramount Plus offers live CBS feeds with its Premium tier for $10 a month. Depending on where you live, however, your local CBS station (and those NFL games) might not be available. CBS offers livestreaming services in many markets; you can check if your area has live CBS streaming here.

Here are our recommendations for the best ways to watch the NFL Playoffs without cable.

YouTube TV costs $65 a month and includes all the channels needed to watch every NFL Playoff game. Plug in your ZIP code on its welcome page to see which local networks are available in your area.

FuboTV costs $65 a month and has all the NFL channels needed to watch every playoff game. Click here to see which local channels you get.

Hulu with Live TV costs $70 a month and includes all the needed football channels. Click the “View channels in your area” link on its welcome page to see which local channels are offered in your ZIP code.

Sling TV’s $35-a-month Blue plan includes NBC and Fox, but only in a handful of markets. Enter your address here to see if those local channels are available where you live. Sling does not offer CBS with any of its plans.

Peacock will show NBC’s games during the NFL Playoffs, including the Super Bowl on Feb. 13. You will, however, need one of the service’s Premium plans to watch the games live and full-game replays, though highlights are available on the free tier. The ad-supported Premium plan costs $5 a month, and the ad-free Premium Plus plan costs $10 a month. Note that you’ll still have to watch ads during live football with the $10 plan; ad-free applies only to on-demand content.

Those looking for CBS games will be able to stream them on Paramount Plus with its $5-per-month Essentials or $10-per-month Premium tier. You can check for yourself if your area has live CBS streaming here.

Read our Paramount Plus review.

All of the live TV streaming services above offer free trials (except Peacock, which just has a free tier that doesn’t stream live NFL games), allow you to cancel anytime and require a solid internet connection. Looking for more information? Check out our live-TV streaming services guide.