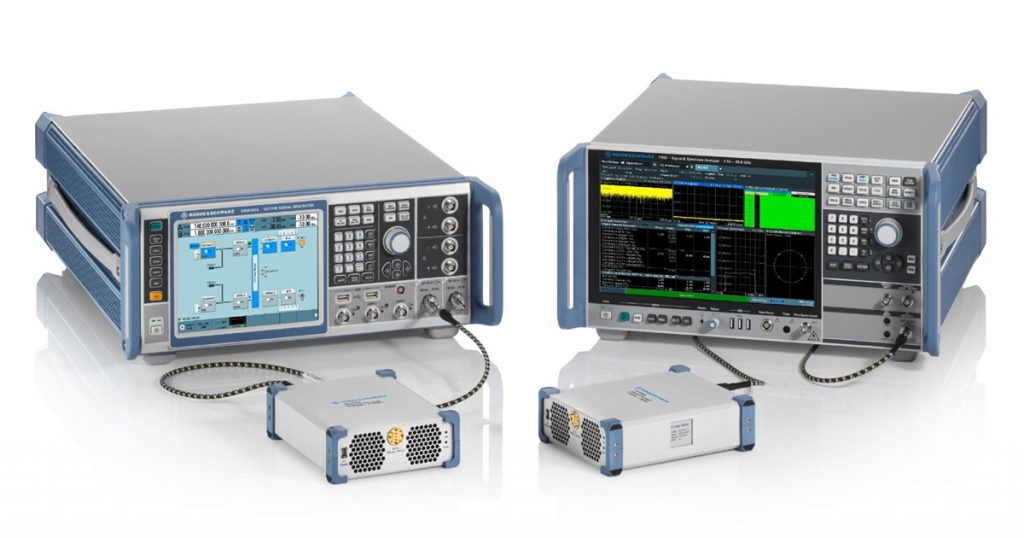 
Rohde & Schwarz has presented a new signal generation and analysis solution for measurements in the D band that it claims will significantly simplify early next generation mobile communications research.

The R&S FE170 frontend extensions are easy to mount to and configure with the R&S SMW200A vector signal generator and the R&S FSW signal and spectrum analyser. The extensions will allow the two high-end test instruments to cover frequency ranges between 110 GHz and 170 GHz – key spectrum for beyond 5G, for 6G technology and for future automotive radar applications.

R&S said that they will be showcasing the technology at European Microwave Week 2022 (EuMW) in Milan.

The D band, which ranges from 110 GHz to 170 GHz, has been identified as a candidate frequency band for future mobile communications – in particular beyond 5G and for 6G – and for automotive radar applications.

According to R&S a test setup for sub-THz research using the R&S SMW200A and R&S FSW is now easy to configure, since only three connections are needed (IF, reference frequency and LAN) to integrate the new frontends into the base units. Users simply have to enter the IP address in the user interface of the base units.

After connection, the frontends are directly controlled by the R&S SMW200A and R&S FSW, since the frontends’ control unit is integrated in their firmware. Because all correction data is considered, this concept offers the major advantage of a fully calibrated solution.