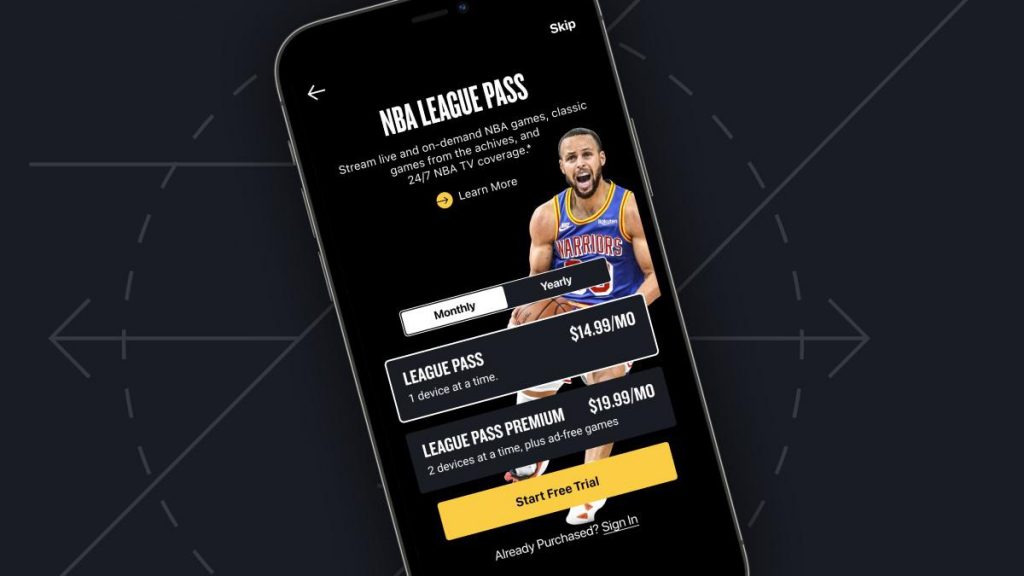 It was time to rethink the National Basketball Association’s digital strategy. Steve Ballmer, the former Microsoft CEO who owns the Los Angeles Clippers, said as much, as did the Washington Wizards’ Ted Leonsis and tech billionaire Mark Cuban of the Dallas Mavericks. So when the NBA’s agreement with Warner Bros. Discovery to run the league’s mobile app expired in 2021, the NBA took control of its digital destiny and shifted its partnership to Microsoft. The collaboration begins before the opening jump of the 2022-23 NBA season comes Oct. 18.

The partners say the deal to rebuild the NBA app will benefit both. For the league, it means stability and the hope of fewer latency issues with a free app that provides vintage games on demand and statistics that will keep fantasy players up to date. For Microsoft, it means it’s gotten a toehold in what could be the dominant consumer technology of the future.

Separately, the NBA and Microsoft are also collaborating on a buffed-up version of NBA League Pass, a service that streams out-of-town games. The league knocked the price down from about $300 a year to $14.99 a month for a single device and $19.99 a month for multiple devices. Microsoft’s artificial intelligence will help customize scoreboards and player stats for bettors and fantasy-league fanatics.

Benyarko didn’t provide specific estimates concerning future revenue or subscriber goals, and it’s unclear how much the NBA is investing.

The NBA, like its cousin the National Football League, isn’t exactly hurting when it comes to finances. The average value of an NBA franchise increased to $2.48 billion in 2021 from $1.9 billion in 2019, according to Forbes data. A new media deal, set to be negotiated following the 2024-25 season, could net the NBA nearly $75 billion.

The NBA is playing the long game by positioning for a future generation that will consume live sports outside the cable ecosystem. League executives believe app enhancements that include a mimic of Instagram stories, a miniseries around the popular Golden State Warriors and access to the NBA’s classic “game vault” will entice fans to sign up, and that the lowered price for NBA League Pass will persuade customers to take the leap despite the worst inflation in 40 years.

The league also added a membership feature called “NBA ID” to the mobile app. It offers users merchandise and tickets to buy. During the season, the app will stream “CrunchTime,” a whip-around show on Monday nights with live look-ins of games, similar to the NFL’s RedZone channel.

David Levy, the former president of Turner Sports, praised the NBA’s digital strategy and revamped app. He told Forbes the league is transitioning to an “omnichannel” business with its hands in multiple layers of cash streams, including digital ticketing and NFTs.

“They always had the mindset to fish where the fish are,” Levy said. “Meaning, ‘Let’s provide the content to as many people as possible, but keep some back for revenue and licensing purposes.’”

Levy, now the chairman of sports-data company Genius Sports, compared pro leagues creating their own streaming services to starting league-run cable channels over 20 years ago – the NBA becoming the first in 1999. Back then, leagues wanted their own gateway into the cable distribution world, and the channels also protected them in case networks got stingy with rights fees.

“We’ll learn a lot about the reaction from fans,” the NBA’s Benyarko said. “Based on what we see going through the season, there’s always an opportunity to adjust. But we feel good about where we are right now.”