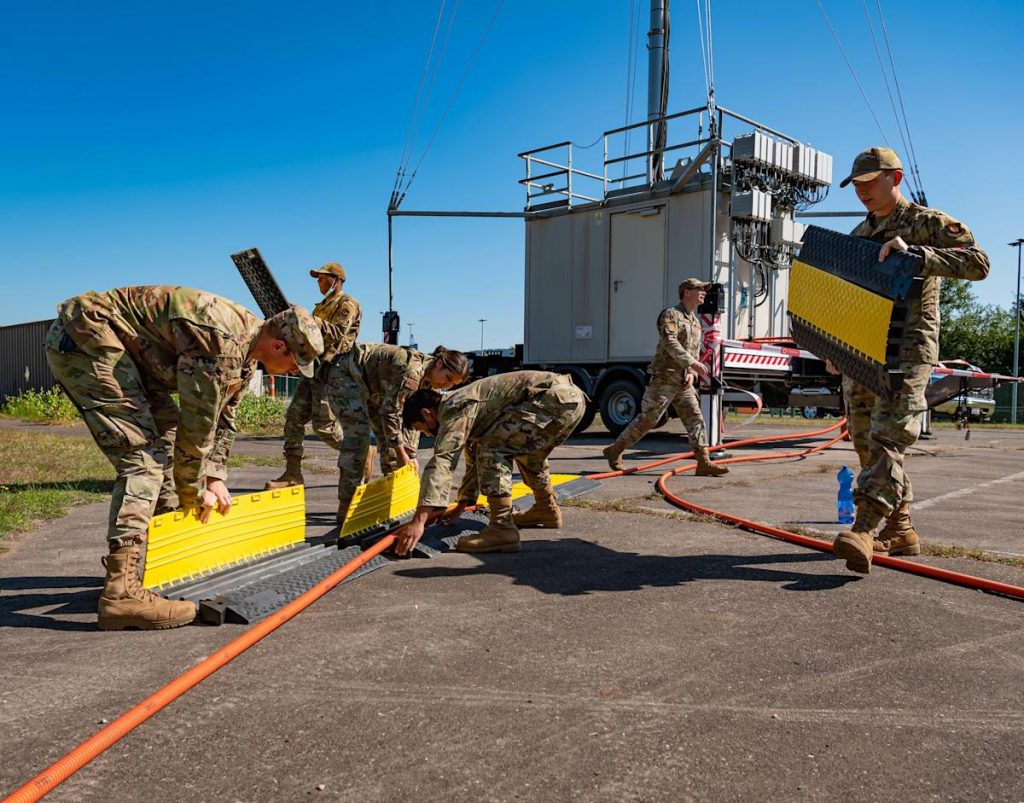 STUTTGART, Germany – NATO’s technical agency wants to make sure it has a say in ongoing 5G standardization talks to ensure the critical technology can be used for both civilian and military purposes.

For Antonio Calderon, interim chief technology office for the NATO Communication and Information Agency (NCIA), fifth-generation wireless technology has the potential to enable swaths of novel capabilities for the defensive alliance.

That’s why it’s important that NCIA have a voice in ongoing discussions about 5G standardization, he said in an interview with Defense News. If two NATO member nations went into a maritime exercise with capabilities that used a future, currently hypothetical, NATO 5G standard, those nations would be able to securely communicate without the use of a base station.

The agency is in ongoing conversations with industry partners with connections to the 3rd Generation Partnership Project (3GPP), the umbrella term for a number of organizations that develop protocols for mobile communications.

“We don’t have a seat in that 3GPP, but we can raise our concerns” with the members, Calderon said. “If we are not part of that discussion, if we are not around the table, the 5G standards will be focused on civilian applications.”

That would be a drawback to NATO and its partners, who see a huge opportunity for 5G to provide next-generation connectivity and enhanced network management to troops across domains. Calderon, who prior to joining NATO worked in the civilian telecommunications industry, noted that if industry comes up with its own 5G standard without considering military-specific features, they run the risk of narrowing their business case.

For the past several years, the agency has been conducting internal technical assessments to evaluate the potential of 5G for military applications.

“Those two already have a mature industry, doing trials and proofs of concept,” he said. “But those two are also the most interesting for NATO – it’s hand in hand.”

The alliance has recently established its own multinational 5G initiative, with over 10 member-nations currently involved. The initiative is in its early stages, and the member nations are determining how best to contribute to the 5G efforts – whether financially, in-kind with experts or engineers, or a combination.

Calderon said NCIA has currently dedicated funding “in the single millions” for 5G technologies, but noted that if the 5G initiative materialized into a “real program,” they could dedicate ten times more funding than that. The agency may also be able to tap into NATO’s recently established technology accelerator, the Defense Innovation Accelerator of the North Atlantic (DIANA).

By 2023, NATO hopes for DIANA to have established links with test centers across its member nations to help validate, test and co-design emerging and next-generation technologies. “5G could be a good candidate for one of those defense challenges that maybe DIANA … could address,” Calderon said.

But in the meantime, NATO will continue to work to ensure the military uses of 5G are taken into account in the civilian development of new standards, he added.

“Then, the products will have those standards that are really useful … and valuable for us,” he said.