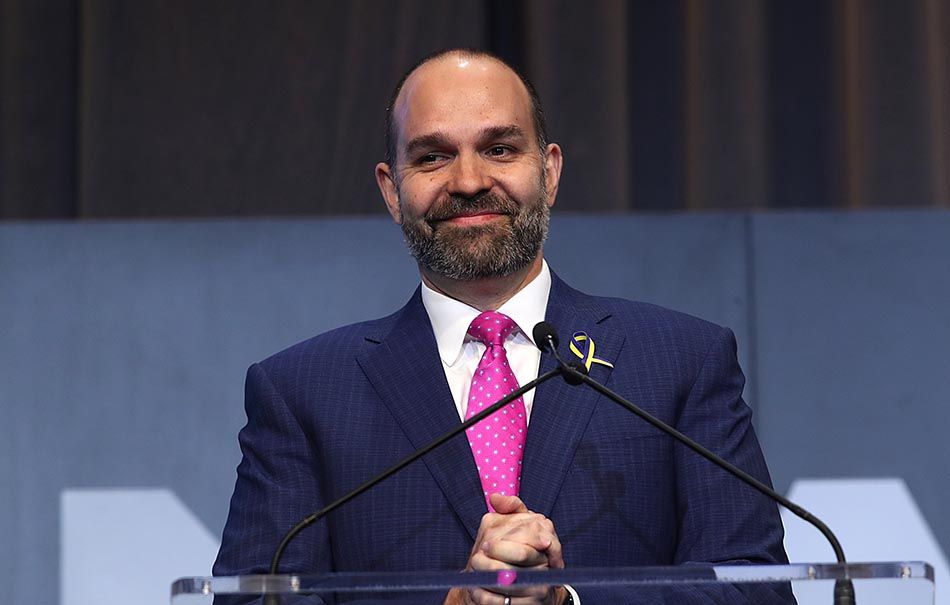 LAS VEGAS — Curtis LeGeyt, NAB president and CEO, offered his State of the Industry presentation at the NAB Show in Las Vegas. He broke down his four priorities as he works with policymakers. He said Congress must take action to rein in “the gatekeeping ability of the Big Tech giants,” mentioning how local broadcasters lose some $2 billion annually when their content is accessed through Google and Facebook.

Lawmakers “must modernize media ownership laws to reflect the realities of the marketplace,” LeGeyt said. Google and Facebook control around 77% of locally focused digital advertising, he added.

Third, the NAB urges the FCC “to reorient how it thinks about broadcast policy more broadly,” said LeGeyt.

His final point for policymakers is urging congressional support for the Local Radio Freedom Act, which opposes a new performance fee on radio stations.

LeGeyt noted “next-generation” technologies that make broadcast even more powerful, including ATSC 3.0, 5G and mobile video. He spoke of the critical role local broadcasters have played amidst the pandemic, civil unrest and attacks on democracy, both in the U.S. and overseas. “Through everything, you were — and are — a leading voice in helping communities sort through a multitude of information and emotions,” LeGeyt said, “while also striving to find common ground and common good.”

LeGeyt was chief operating officer of the NAB before moving up to president and CEO at the start of the year, with Gordon Smith retiring. “There is truly no greater honor than representing your interests in the halls of government every day,” he said, “and I cannot imagine a more exciting or more important time to take the reins of this great association.” ■