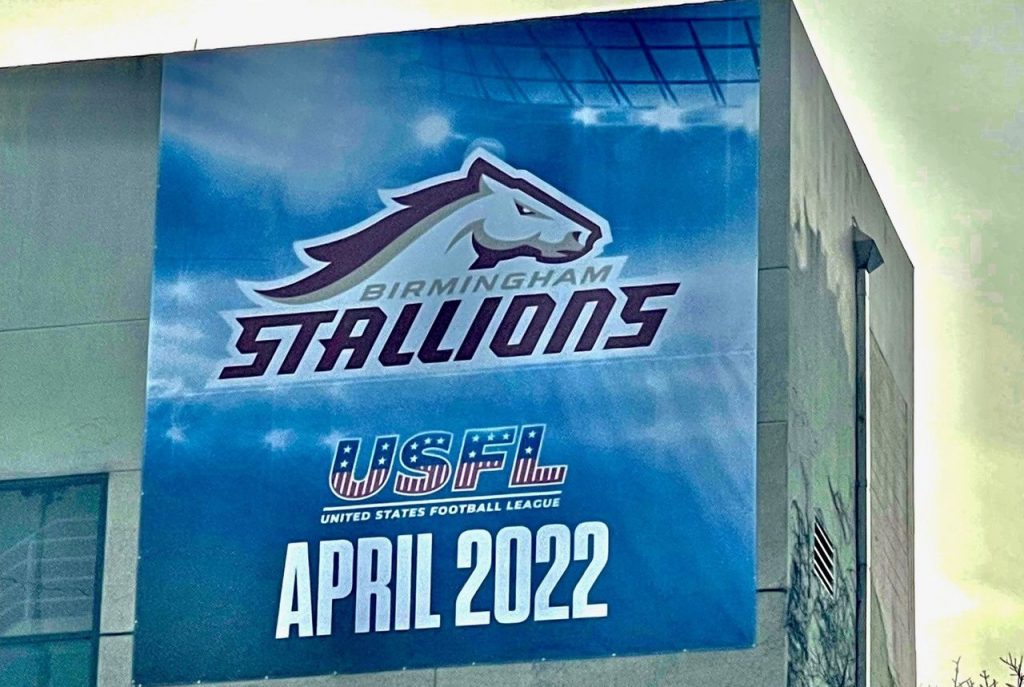 The first game of the USFL’s return will see an N.J. team in a historic broadcast.

The New Jersey Generals will face the Birmingham Stallions on Saturday, April 16 at Protective Stadium in Birmingham, Alabama, in the first game of the league’s rebirth, it announced on Tuesday.

The game will take place in primetime, kicking off at 7:30 p.m. ET, and will be televised live on NBC and FOX. That makes it the first scheduled sports competition to air at the same time on two competitive broadcast networks since Super Bowl I aired on NBC and CBS, January 15, 1967.

“Having two broadcast networks combine and start something like the USFL is not only unique but represents our commitment to making spring football succeed,” Pete Bevacqua, Chairman of NBC Sports, said in a press release. “We’re excited about the opportunity, and we appreciate the partnership and cooperation that we’ve had with Eric and his team at FOX Sports.”

“The first game played in any new league is itself historical and having the USFL’s inaugural game simulcast by NBC and FOX makes it even more so,” FOX Sports CEO and Executive Producer Eric Shanks added in the same press release. “It’s rare when two competitors can come together and see how cooperation can lead to long-term benefit, and it wouldn’t be possible without having terrific relationships with Pete, Jon Miller, and so many others at NBC Sports.”

Here’s what else you need to know about return of the USFL:

– It will be divided into two divisions:

– The 2022 season will be played in one host city, which appears to be Birmingham.

– The teams will play a 10-game schedule, followed by two rounds of playoffs.

– The 2022 season will begin in mid-April and run through mid-June.

– Games will be played on both Saturday and Sunday, with special broadcasts on specific Fridays and Mondays.

– FOX Sports is an official broadcast partner of the USFL and will air games on a weekly basis.

The New Jersey Generals were part of the original USFL, with former President Donald Trump buying the franchise after the 1983 season.

Playing at Giants Stadium, the Generals were one of the USFL’s flagship teams, thanks to stars like Heisman Trophy winners Herschel Walker and Doug Flutie.

However the league shut down in 1986, doomed by its attempt to challenge the NFL head-to-head by moving its games from the spring to the fall. The league turned to the courts for protection but its failed antitrust lawsuit spelled the end of the football startup.

Thank you for relying on us to provide the journalism you can trust. Please consider supporting us with a subscription.

Brian Fonseca may be reached at bfonseca@njadvancemedia.com.