Mystery in the mountains: Will Annie ever be found? 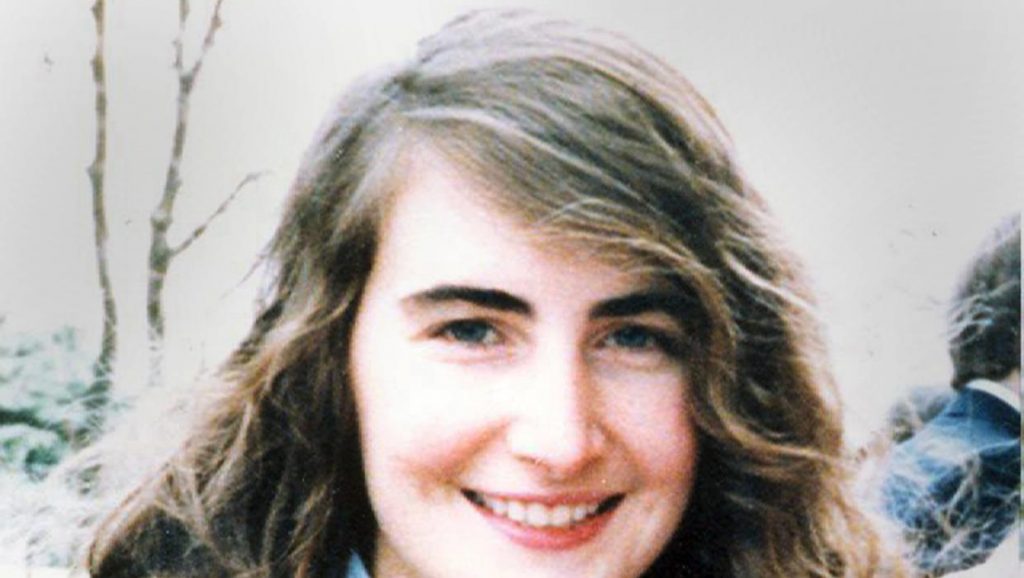 Every time novelist Marisa Mackle goes for a walk in the Dublin Mountains, she finds herself asking: “Annie, where are you?”

t’s nearly 30 years since her friend, Annie McCarrick, disappeared without a trace on a day trip to Enniskerry in March 1993, a few years after the American arrived in Ireland to study.

Haunting footage of a carefree Annie delightedly thanking her Nana “so much for the money” that she had sent to her in Dublin forms the opening frames in a new documentary on the enduring mystery.

The only child of parents with strong Irish links, she is described as “bright, beautiful, good-humoured, confident, outgoing”.

There have been many theories over the decades, but with no crime scene, and in those days of scarce CCTV footage, gardaí spent the initial weeks of the investigation following up over 100 tips and taking dozens of statements.

In a new Scannal documentary, Mackle, who waitressed with Annie in the Courtyard Restaurant in Donnybrook, says she believes her friend is somewhere in the Dublin Mountains.

“When I’m up there,  I say a prayer for Annie. I just hope that one day somebody will find something,” she says. “My personal belief is that there was a serial killer.”

It is a theory shared by one of the main detectives on the original case. “It definitely wasn’t a coincidence that a number of women travelling on their own went missing in the east [of the country],” says retired Detective Garda Thomas Rock. “Looking back on it now, it looks like it could have been the same person.

“That definitely tells me that the person who carried it out was meticulous and had thought the thing through.”

The 27-year-old was last seen alive on Friday, March 26, 1993 as she boarded a bus headed for Enniskerry in the foothills of the Wicklow Mountains.

When gardaí first began investigating Annie’s disappearance, they treated it as a missing person case as there was no evidence of foul play.

Initially, a bouncer in Johnnie Fox’s, a pub about 6km from Enniskerry, claimed to have seen her in the company of a man in the pub that night, but the former detective says it is hard to come to a definitive conclusion “on one identification”.

“Annie was a very noticeable girl, and knowing her personality, she would have spoken to the people around her.”

Mr Rock remembers the McCarrick family coming to Ireland as hundreds of volunteers searched for any trace of Annie.

“They were very worried and anxious parents, and they took a very proactive role in the investigation,” he says. “We set up a mobile communications centre out at Johnnie Fox’s and we carried out massive searches of the Dublin and Wicklow Mountains. But whoever took her made sure there was nothing left.

“Some people don’t realise the massive size of the Wicklow and Dublin Mountains. It’s only when you go up there that you realise the size of that area, the remoteness of it — and the probability that a body could be buried up there and never found.

“We had sightings of her, where people came forward and said they had given her a lift or brought her here and there, and we had to follow up every single lead.

“The whole focus of the investigation for the first couple of weeks was trying to find out where had she gone. It’s different in an investigation where you have a scene and a body.”

As time went on, the family brought in a private investigator, who brought in a psychic medium, and they also offered a reward for information.

“It was a very intense and massive investigation. The US State Department in Washington also got involved,” the former detective says.

In the years that followed, Annie’s disappearance began to be linked to the cases of other women who went missing in the east of the country, which led to the setting up of Operation Trace.

“There were similarities between three of the women that went missing — there was Annie McCarrick, JoJo Dullard and then there was Deirdre Jacob — three women on their own, just out walking, and then they suddenly disappeared and were never seen again,” Mr Rock says.

The documentary also details how Larry Murphy — who remains a person of interest in the case — was arrested in February 2000 for the kidnap, rape and attempted murder of a young woman in the Wicklow Mountains. She was rescued when two hunters stumbled upon the horrific scene, and Murphy was later sentenced to 15 years in jail.

Mr Rock says that without evidence, you have no court case.

“As a detective, you have to work with what you have — you can have thoughts about who may or may not be responsible.”

Kenneth Strange, a former FBI agent and McCarrick family friend, helped and advised them, and took an active interest in the case on the 10th anniversary.

“My gut tells me that she made her way to Enniskerry and she met someone there, or was approached by someone there who maybe asked her for directions — and then, by that time, it’s over,” he says.

“I would call that person a psychopath. These are people who act alone — they have a place where they know they are going to dispose of the body.”

Nearly 30 years on, Annie’s mother, Nancy, is still waiting for answers — but her father, John, died in 2009 without ever finding out what happened to his only child.

‘Scannal: Annie McCarrick’ is on RTÉ One on Tuesday at 7pm