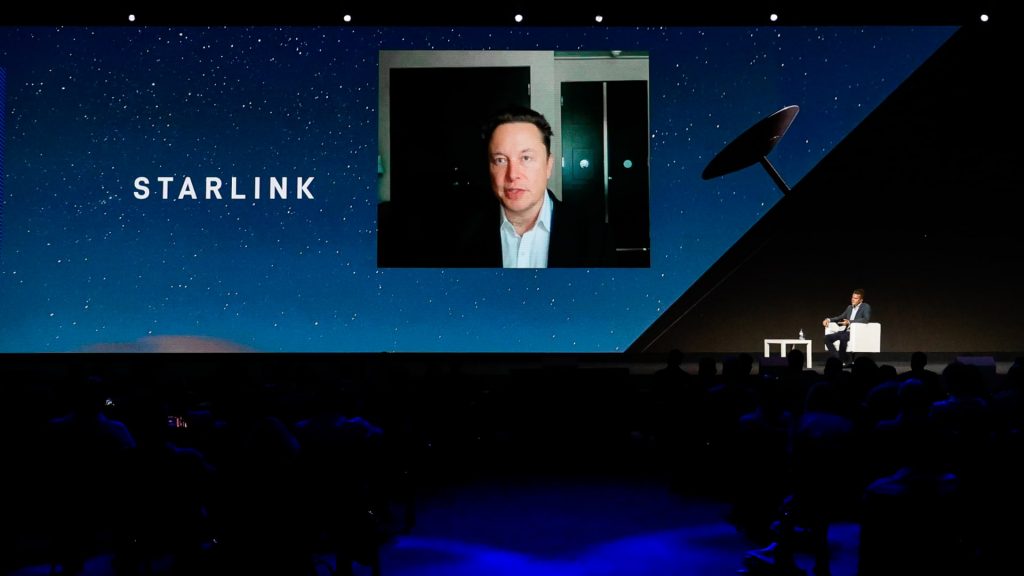 Elon Musk told the FT that Beijing doesn’t want him to sell his Starlink satellite internet service in China. In this picture, Musk speaks about Starlink at Mobile World Congress in June 2021.

“Musk says Beijing has made clear its disapproval of his recent rollout of Starlink, SpaceX’s satellite communications system, in Ukraine to help the military circumvent Russia’s cut-off of the internet,” the newspaper said in its latest “Lunch with the FT” column published Friday.

“He says Beijing sought assurances that he would not sell Starlink in China,” the article said.

The FT did not say whether Musk agreed to Beijing’s request. The business leader, who is CEO of Tesla and SpaceX, did not immediately respond to a CNBC request for comment.

Musk’s electric car giant Tesla relies on China for more than 20% of its revenue and has a large factory in Shanghai.

In contrast to the U.S. and other countries’ condemnation of Russia’s invasion of Ukraine this year, China has refused to call the attack an invasion.

China has in recent years put greater emphasis on building up its own technology, including in aerospace.

Domestic telecom giants, such as China Mobile and Huawei, have helped China achieve one of the highest penetrations of 5G internet in the world.

In addition, China completed its own satellite communications system, Beidou, in 2020. The system rivals the U.S. government-owned GPS, or Global Positioning System.

The Chinese Ministry of Commerce and Ministry of Industry and Information Technology did not immediately respond to a CNBC request for comment.

The FT said Musk expects Tesla would be caught up in “inevitable” conflict over Taiwan, but will still be able to deliver to customers in China.

Beijing considers the democratically self-ruled island part of its territory and has repeatedly stated its aim for peaceful reunification.

Musk said his recommendation “would be to figure out a special administrative zone for Taiwan that is reasonably palatable, probably won’t make everyone happy,” the FT reported.

Asked to respond to Musk’s Taiwan recommendation, a spokesperson of the Ministry of Foreign Affairs in China said: “We remain committed to the basic principle of peaceful reunification and One Country, Two Systems and aim to work with the greatest sincerity and effort to achieve peaceful reunification”

“At the same time, we will resolutely defeat attempts to pursue the ‘Taiwan independence’ separatist agenda, push back interference by external forces, and safeguard our sovereignty and territorial integrity,” the spokesperson said Saturday at a regular press briefing.

Qin Gang, China’s ambassador to the U.S., thanked Musk for the idea in a tweet.

BSNL 4G to be upgraded to 5G in 5-7 months: Ashwini Vaishnaw | Business News