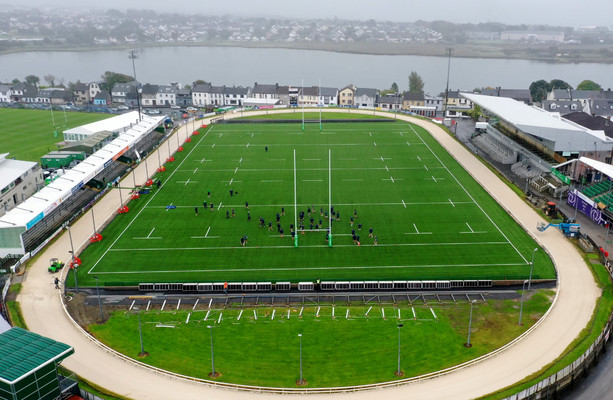 Connacht have lost their opening three games of the URC season and now meet Munster, who managed to get their first win of the campaign against Zebre last weekend. It’s a huge derby for both provinces given their lack of form early on this season.

“It’s a big occasion for them with the opening of their 4G pitch, so I’m sure the place will be rocking on Friday night and they’ll look at it as a good opportunity for them,” said Munster’s Prendergast this afternoon.

“If you look at the fixtures for them, the last few weeks have been challenging. They have had challenging games, but they’ve been away together which is a good thing at the start of a season, bringing people together for two weeks. We know it’ll be a big challenge. They’ll come out at 100% and we will too.”

Munster have struggled to click so far at the start of the new Graham Rowntree era, with defeats away to Cardiff and the Dragons followed by a frustrating game against Zebre in which they failed to secure the try-scoring bonus-point after a good start.

Handling errors let Munster down again last weekend and attack specialist Prendergast hopes to see those mistakes ironed out on Friday as they get more settled into their new approach under the new coaching ticket.

“There were inaccuracies and we’re the first to know as a team and coaching staff, and it’s something we know we need to get better at, absolutely,” said Prendergast.

“When I speak about inaccuracies, there’s a bit to do with that in terms of combinations getting used to each other. We’re implementing as much as we can, from how we want to train to how we want to play, and that’s going to take a bit of time.

Connacht beat Munster in Galway back in January.

“It doesn’t allow excuses of not being able to catch the ball early, and that’s something we spoke about and looked at on the video on Monday. Through our shapes and systems, we can see that there will potentially be opportunities if we are a bit sharper around the catch-pass element of our game. It’s work in progress and it’s where we want to go, but we need to do it better.”

Rare insights on sport’s biggest names from the writers who know them best. Listen to Behind the Lines podcast.

Prendergast doesn’t believe that Munster’s players are lacking confidence and instead highlighted the number of changes they’ve had on their team sheets due to injuries, players being away with Emerging Ireland, and internationals returning.

“I don’t know if it’s a confidence thing,” said Prendergast. “Again, this isn’t looking for excuses because we take responsibility as coaches and players, but in terms of combinations, we’ve used 41 players in three games.

“We have the adjustment of players getting used to each other, new plays, new framework in place, so there’s that element to it.

“We sat down with a very honest and open video on Monday and looked at those areas, and we’ve been working on them and putting them in place to be better for the next training and next match.”