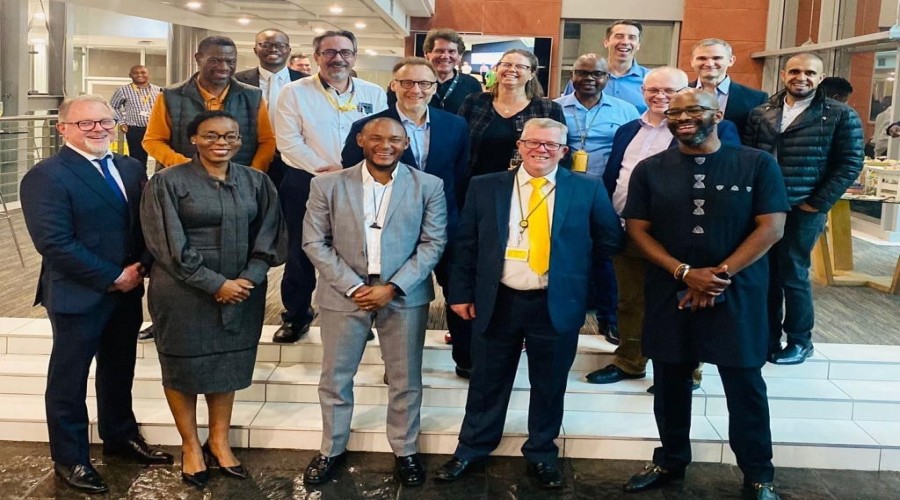 MTN Group has announced the winning of a high-demand spectrum by MTN South Africa (MTN SA) to support its 4G and 5G expansion drive, following the successful conclusion of a landmark Simultaneous Multi Round Ascending Auction (SMRA) by the Independent Communications Authority of South Africa (ICASA).

According to a statement issued on the official website of MTN Group, during the main phase of the auction, that started on March 10, 2022, and finished after 58 rounds of bidding, MTN SA acquired a total of 100MHz across the 800MHz, 2 600MHz, and 3 500MHz frequency bands and will pay a total of R5.2 billion for the spectrum.

“This compares favourably with global benchmark averages of approximately $0.083MHz-POP – according to Coleago Consulting – for spectrum in similar auctions,” it said.

The company believes this is the first time in approximately 17 years that spectrum has been released on a permanent basis in South Africa and increases MTN SA’s total permanent spectrum holdings from 76MHz to 176MHz.

The spectrum has been allotted for a 20-year period and on a technology-neutral basis. The Group President and CEO, Ralph Mupita in his remark after the announcement disclosed that the release of high-demand spectrum is a significant step forward for South Africa in the implementation of the key structural reforms needed to drive economic growth.

He then commended the ICASA and the government of South Africa for the bold and transformational decision to proceed with this auction.

“Securing this high-demand spectrum is critical in positioning MTN SA, the second-largest operation in the MTN Group, for sustained and profitable growth into the future. We have secured an optimal mix of low-band and mid-band frequencies for MTN SA that will support the data traffic we will carry for 4G and 5G services,” he said.

“In line with our disciplined capital allocation framework, which prioritises investment in growth, we have built up the financial flexibility to be able to fund MTN SA’s spectrum acquisition through cash and liquidity resources at MTN Group. We expect our holding company leverage to remain within our guidance targets, following the acquisition of this spectrum. We have secured this spectrum at a cost that is value accretive for our providers of capital, when you compare against global benchmarks,” he added.

Speaking on the auction, MTN SA CEO, Charles Molapisi said “this is a significant milestone and achievement, not only for MTN SA and the telecommunication industry at large but also for South Africa’s digital future. Spectrum is the lifeblood of our industry and is key to reliable and extensive connectivity for our customers across the country”

“Our multibillion-rand investment into this much-needed spectrum is also an important injection of cash into the national fiscus. In anticipation of the spectrum allocation, we had undertaken a modernisation of our network to ensure that we would be ready to leverage this spectrum to the connectivity benefit of South Africans as quickly as possible,” he added.

Molapisi further said MTN SA will use the spectrum to expand 4G and 5G connectivity, as well as the capacity, on South Africa’s best network while also further enhancing rural, peri-urban, and urban network coverage. The spectrum allocation will also allow for greater value for customers, supporting MTN’s consistent push in recent years to lower the cost to communicate.

He also pointed to the use of temporary spectrum as a case study of how MTN SA would use its allocated spectrum and acknowledged how ICASA’s allocation of temporary spectrum during the national state of disaster gave MTN SA extra network capacity to provide more than four million people access to free health and education websites each month.

“MTN SA will continue to make this provision with the permanent award of spectrum and will expand access to include additional public service websites, as per the conditions set out for this auction,” he stressed.

‘We congratulate the Minister of Communications and Digital Technologies, Khumbudzo Ntshavheni, and our regulator, ICASA, on this momentous achievement in the history of our country,” Molapisi said.