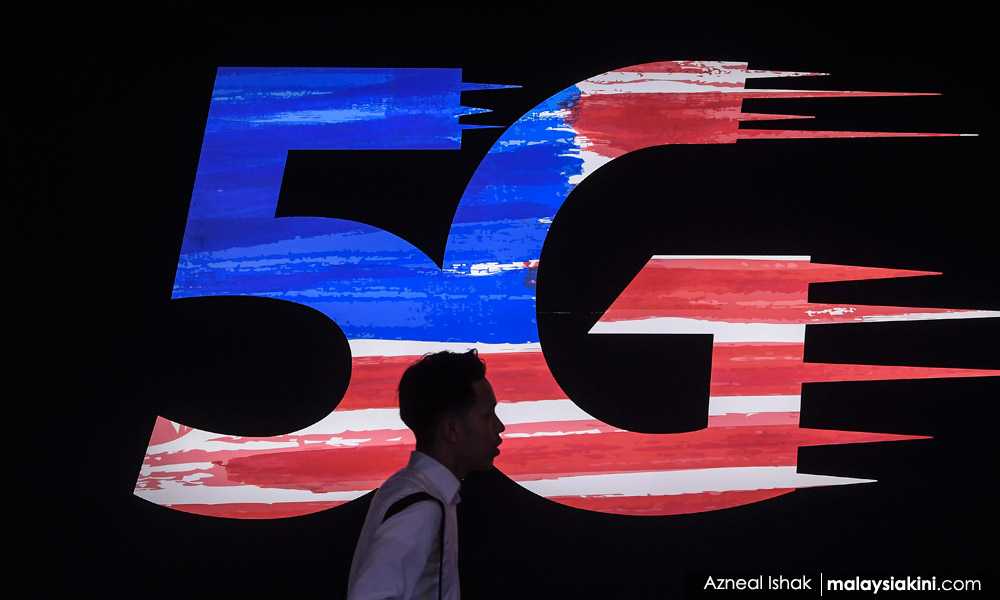 MP SPEAKS | The announcement on March 16 made by the minister of communications and multimedia and the minister of finance that the government will continue with the Single Wholesale Network (SWN) model for the 5G rollout under Digital Nasional Berhad (DNB) with the option of the Mobile Network Operators (MNOs) taking up to a 70 percent stake in DNB puts to rest any speculation on the ongoing model for the 5G rollout in the country.

However, the devil is always in the details with regards to the relevant KPIs and regulatory framework.

As a policymaker, I will continue to monitor, to be the best of my abilities, the KPIs and regulatory framework for the 5G rollout by DNB together with the MNOs, the ongoing 4G ramp up under the Jendela programme, and the role played by the Malaysian Communications and Multimedia Commission (MCMC) as the main regulator and the Ministry of Finance (MOF) as the shareholder of DNB.

1) KPIs for DNB for the 5G rollout

Now that DNB can continue to focus on the 5G rollout without having to worry if it will have to change its business model to accommodate another player, it must be transparent about the KPIs that it has set for itself.

DNB should publish a yearly report card with key KPIs reported such as whether it has achieved its aim of 40 percent population covered by 5G (including the quality of coverage) with approximately 4,000 sites installed, delivery of 5G at less than 20 sen per gigabit (GB), enterprise use cases by entities in different fields (universities, smart factories, health care facilities, just as a few examples).

Some of these KPIs were disclosed in a presentation to MPs on Dec 21, 2021 and some of them have been outlined in the FAQ on DNB’s website.

DNB should issue a report card on its achievements for 2021 to set the benchmark for a higher level of transparency and reporting standard for the industry.

While MCMC’s National 5G Task Force Report released in December 2019 stated that it was difficult to estimate the expected infrastructure costs of the 5G rollout, DNB must be transparent with its cost structure to MCMC as well as to their customers namely the MNOs to avoid any speculation that DNB is being inefficient and unfairly passing down higher rollout costs to the MNOs that may translate into higher prices for the consumer.

DNB must also be prepared to cut its own internal corporate costs, especially down the road when most of the “heavy lifting” of the 5G rollout has been done and the staffing size of DNB can be gradually reduced.

While DNB has been given the responsibility of ensuring a speedy 5G rollout, the MNOs should continue to focus on improving their 4G service.

In yesterday’s winding-up speech in Parliament, Minister of Communications and Multimedia Annuar Musa stated his ministry is concerned not just with the area of 4G coverage provided by the MNOs but also the quality of service.

In layman’s terms, we should not be satisfied with a one bar 4G coverage which many are experiencing even in urban areas like the Klang Valley.

While it is good that MCMC has published the 2021 Jendela progress report which includes 4G infrastructure, it can do much better.

For example, it can commission independent audits of 4G coverage in urban and rural areas by private firms to evaluate the quality of 4G coverage and publish those results.

It can allow the public to submit 4G coverage quality reports for their own MNOs to MCMC via an online platform which then can be viewed publicly so that we can all evaluate the quality of 4G coverage by individual MNOs across different parts of the country.

This kind of transparent report can also be used for 5G coverage as it gets rolled out by DNB and the MNOs start providing 5G coverage to its customers.

The MNOs must work with the regulator to allow for these KPIs to be reported regularly and transparently.

At the same time, the MNOs must also work closely with DNB to prepare their own network infrastructure and software to allow for the smooth rollout of 5G.

Even though DNB is the owner of the 5G spectrum and has appointed Ericsson to be the main provider of the 5G network equipment, the MNOs still have to play an important role to provide the network connectivity for their customers to access 5G coverage and services.

Here, the role of the regulator, namely MCMC, is of utmost importance, to ensure that DNB, as well as the MNOs, are operating according to the regulations laid out by the regulator.

MCMC, as the regulator of the telecommunications industry, will play a key role in adjudicating discussions and approving any agreements between DNB and the MNOs on the 5G rollout.

As such, it is of utmost importance that MCMC must also be transparent in its dealing with both parties and explain the basis of their decisions to policymakers and other stakeholders.

For example, the Reference Access Offer (RAO) which dictates the contractual terms by which the MNOs can access the 5G infrastructure provided by DNB will be a contentious and highly technical document.

MCMC, upon approval of the RAO prepared by DNB (but which can be amended and updated by MCMC), will have to play the role of referee in order to get the MNOs’ buy-in so they will sign the access contract with DNB.

At the same time, MCMC must also make the effort to explain this contract in an accessible and easy to understand language to the media, policymakers, and other interested stakeholders.

There are other technical documents that must be prepared and disclosed by MCMC including the Mandatory Standard on Access Pricing (MSAP) which determines the maximum price a telco operator can charge customers for a variety of communications-related services (mobile, high-speed broadband, satellite, as a few examples).

This document was last updated in December 2017 and was supposed to last until December 2020. This document needs to be updated to include the impact of the 4G and 5G rollout on the pricing of data and voice services provided by the various telcos in different segments of the industry.

Lastly, MCMC also needs to be more transparent about the manner in which the Universal Service Provider (USP) funds are being deployed for the 4G rollout in the semi-rural and rural areas.

For the Ministry of Finance, as the only shareholder of DNB currently, it also must be transparent in a number of areas. Firstly, even though the MOF has announced that the MNOs can take up to a 70 percent stake in DNB, this must not be done to allow the MNOs to take over DNB and then dictate the pace of the 5G rollout.

In other words, a conflict of interest cannot be allowed whereby the MNOs use their majority stake in DNB to slow down the 5G rollout so they can have more time to “sweat” their 4G assets and decrease their payments to DNB because of a slower 5G rollout timeline.

Secondly, the agreement to allow the Big 4 (Celcom, Digi, Maxis, and UMobile) to buy up to 70 percent of DNB should not disallow other smaller operators from having similar access to DNB’s 5G network even after DNB is no longer majority-owned by the MOF.

This is to preserve one of the reasons why DNB was created as a 100 percent government-owned entity in the first place which is to ensure access to the 5G network for new players in addition to the Big 4, especially players who want to deploy new enterprise solutions for smart cities, smart universities, and smart factories, just to name a few.

Thirdly, the discussion on the shareholding structure of DNB must not delay the rollout and deployment of 5G.

The Big 4 cannot use negotiations on pricing and shareholding of their respective stakes in DNB if they choose to take up these stakes, to say they will wait for the shareholding structure to be determined first before signing any contracts or agreements with DNB pertaining to the 5G rollout.

In view of the three priorities above, it may make sense for the MOF to retain a golden share or controlling stake in DNB for policy implementation purposes or perhaps even delay the selling of stakes in DNB to the Big 4 (and possibly other players) until the end of 2023 or 2024 when the 5G deployment programme is already well underway with the necessary agreements between DNB and the MNOs already signed and proper guidelines by MCMC already published.

Needless to say, this kind of policy decision requires very close coordination between the MOF and the Ministry of Communications and Multimedia on the policy issues at stake.

The views expressed here are those of the author/contributor and do not necessarily represent the views of Malaysiakini.