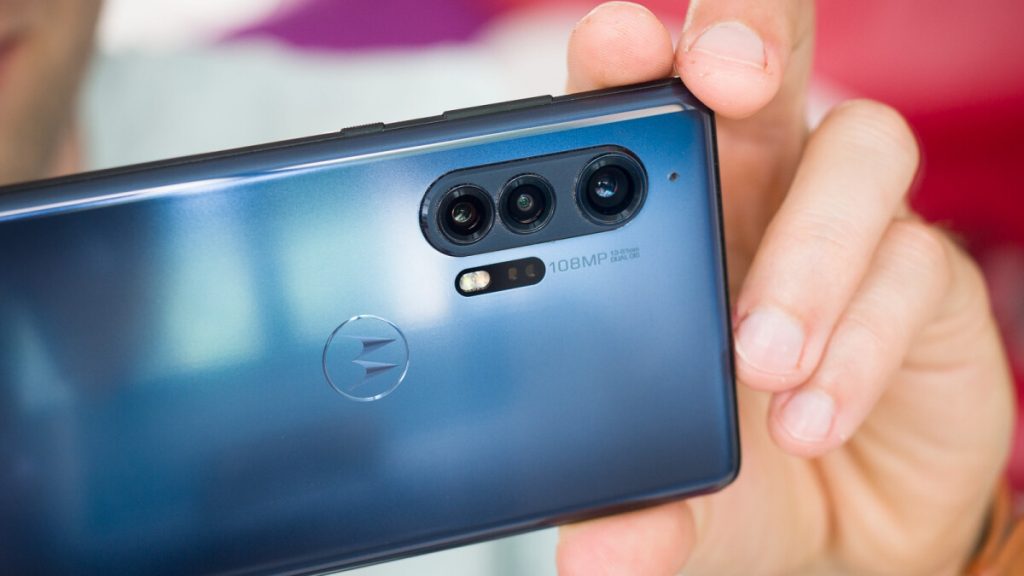 The mobile industry has become sort of predictable in recent years, with a few smartphone manufacturers in particular constantly playing it safe and repeatedly trying basically the same thing in the vain hope of achieving different results.

Of course, unpredictability is not always the best strategy either, at least when it comes to high-end product releases. Motorola, for instance, suddenly decided to take a break from flagships a few years ago, interrupting said hiatus with 2020’s Edge+ powerhouse, then waiting another year and a half to unveil both the company’s first Snapdragon 888 (Plus) and first Snapdragon 8 Gen 1 devices.
But now the flagship floodgates are open, and a typically reliable Twitter tipster and German journalist with the publication TechnikNews (translated here) claims another monster of an ultra-high-end 5G Moto handset is already in the making.

The stuff dreams are made of

This bad boy, ladies and gentlemen, sounds far more spectacular than the Snapdragon 888 Plus-powered Moto G200 or Snapdragon 8 Gen 1-based Edge X30, and before you accuse us of hyperbole, check out the rumored Motorola “Frontier” 5G specs, but only after you sit down:
Out of breath yet? Out of words? Out of adjectives at least? Let us help you out with one: in-sane. That’s not the best way to describe what Motorola is cooking up here, it’s the only reasonable way to react to that spec sheet, especially after months and months of underwhelming or outright disappointing Galaxy S22 series rumors.

This is how a true next-gen 5G flagship should look on paper, but before you get too excited (as if that’s even possible at this point), it’s important to keep a few things in mind.

In case you haven’t realized, there’s no such thing as a Snapdragon SM8475 SoC… yet. That’s merely the model number of the no doubt state-of-the-art silicon Qualcomm is working on as a future replacement for the Snapdragon 8 Gen 1.

Said Snapdragon 8 Gen 1 chipset was unveiled less than two months ago, so technically, its sequel should still be a long way from completion, not to mention a commercial debut. Then again, if there are really serious overheating issues making life too difficult for Qualcomm, an early release of an all-new processor might not be completely out of the question.

Could the sequel to the Snapdragon 8 Gen 1 come sooner rather than later?

Nonetheless, we highly doubt the device known currently just by its Frontier codename will see daylight before fall, which unfortunately makes all of the above specs (even if real) subject to a lot of prospective last-minute change.

A 200MP primary camera manufactured by Samsung was previously rumored for an unnamed Motorola smartphone, mind you, with the secondary 50MP rear lens likely being the same exact ultra-wide-angle snapper employed by the OnePlus 10 Pro.

Then there’s purportedly a Sony-made 12MP telephoto sensor in the pipeline, as well as a 60MP OmniVision selfie cam that could be borrowed straight from the Motorola Edge X30. The X30, however, is “only” capable of 68W wired charging speeds while lacking any sort of wireless charging technology, compared to the “Frontier”, which could eclipse even the likes of the OnePlus 10 Pro and more or less match the Xiaomi 12 Pro in those key departments.

That’s not something we’d have expected to say about Motorola just a few months ago, but the Lenovo-owned brand is reportedly ready to take its high-end efforts to the next level and give everyone from OnePlus to Xiaomi to Samsung and Apple a run for their money in the 5G flagship arena.
Share. Facebook Twitter Pinterest LinkedIn Tumblr Email
mulegeek-