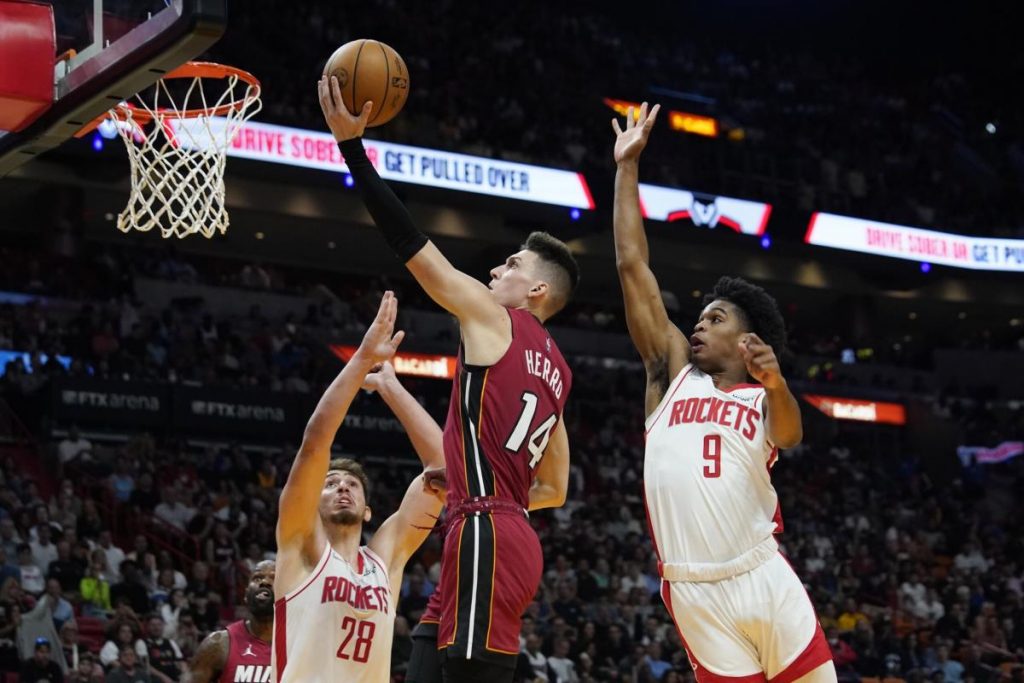 Entering what was billed by many as another rebuilding year, the Houston Rockets have wildly overachieved expectations to this point in the NBA’s 2022-23 preseason. With a 2-0 record and an average margin of victory of 27 points, second-year guard Jalen Green and rookie forward Tari Eason have led the way for an improving group.

But Monday’s game at Jimmy Butler, Bam Adebayo, and the veteran-laden Miami Heat is Houston’s first road game of the exhibition slate, and it comes versus a perennial Eastern Conference contender.

The Rockets will again be short-handed with rookie forward Jabari Smith Jr. (left ankle sprain) and Eric Gordon (rest) sitting out for a second straight game, though second-year center Alperen Sengun will return after missing Friday’s victory due to a dental procedure.

Can Houston keep its run of surprisingly strong form going? Scroll on for a look at broadcast information, projected lineups, and known injuries. Tipoff is set for 6:30 p.m. Central at FTX Arena.

Houston’s projected lineup is based on the latest game notes from the Rockets, while Miami’s lineup is a best guess factoring in the latest injury reports and earlier preseason patterns.

The official Heat game notes currently lists the starting lineup from Friday’s exhibition in Memphis, which was an outlier since Miami chose to hold out many regulars on night two of a back-to-back. On Monday, the Heat will enter rested and without a back-to-back on either end, so expect most of Erik Spoelstra’s rotation players to play.