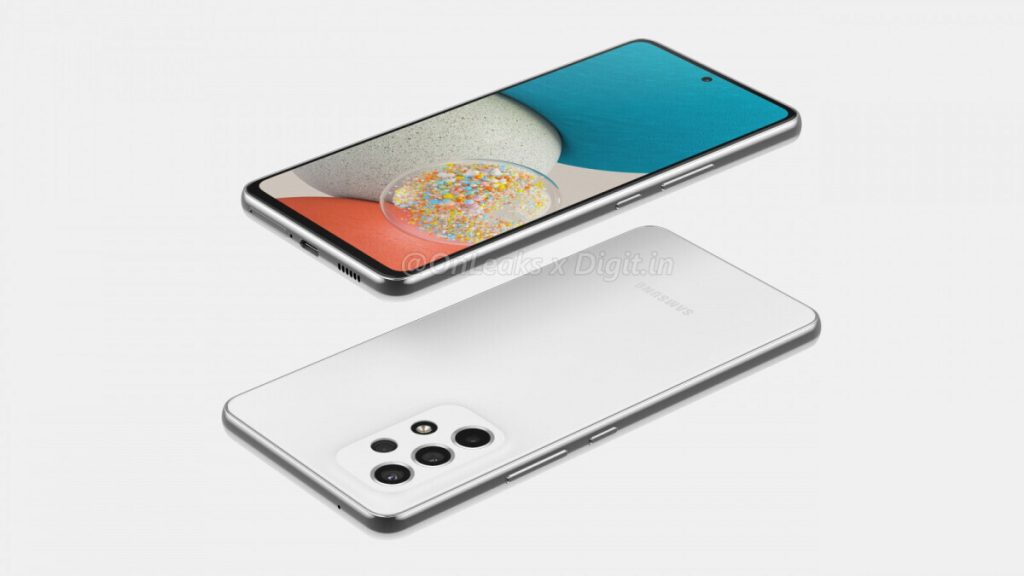 Share
Facebook Twitter LinkedIn Pinterest Email
Nearly two weeks ago, we showed you images and passed along specs of the mid-range Samsung Galaxy A53 5G after the device was certified by China’s TENAA. The latter has been referred to in the past as being China’s FCC. Well today, MySmartPrice noted that the phone has been linked in FCC documentation with a 25W fast charger.
The FCC and Thailand’s Office of The National Broadcasting and Telecommunications Commission (NBTC) both listed the device as carrying a model number of SM-A536E/DS. The FCC says that the handset will feature 5G support and NFC, and will come with a charging adapter that carries the model number EP-TA800. This turns out to be a 25W fast charging wall charger and could be included in the box (apparently, only expensive flagship phones don’t come with charging bricks while mid-rangers do).

According to the earlier TENAA report, the Samsung Galaxy A53 5G is expected to come with a 6.46-inch AMOLED display with a 120Hz refresh rate and a resolution of 1080 x 2400. Under the hood, you should find the Exynos 1200 chipset with the Mali G68 GPU. On the back will be a quad-camera setup led by a 64MP camera sensor along with a 12MP sensor and a pair of 5MP sensors, and we could see a front-facing 32MP selfie snapper.

The battery weighs in at 4860mAh with two configuration options: 8GB of memory with 128GB of storage, or 8GB of memory with 256GB of storage. An under-display fingerprint sensor is said to be included.
Besides appearing at the FCC, NBTC, and TENAA, the phone has recently been seen on Geekbench, the BluetoothSIG and it has received the required 3C certification in China. All of these sightings indicate that we could see Samsung introduce the Galaxy A53 5G soon. The FCC certification reveals a possible U.S. release for the phone although the handset could still be months away from its release date.
Share. Facebook Twitter Pinterest LinkedIn Tumblr Email
mulegeek-