Metaverse Fever Is High in China. Regulators Are Watching. 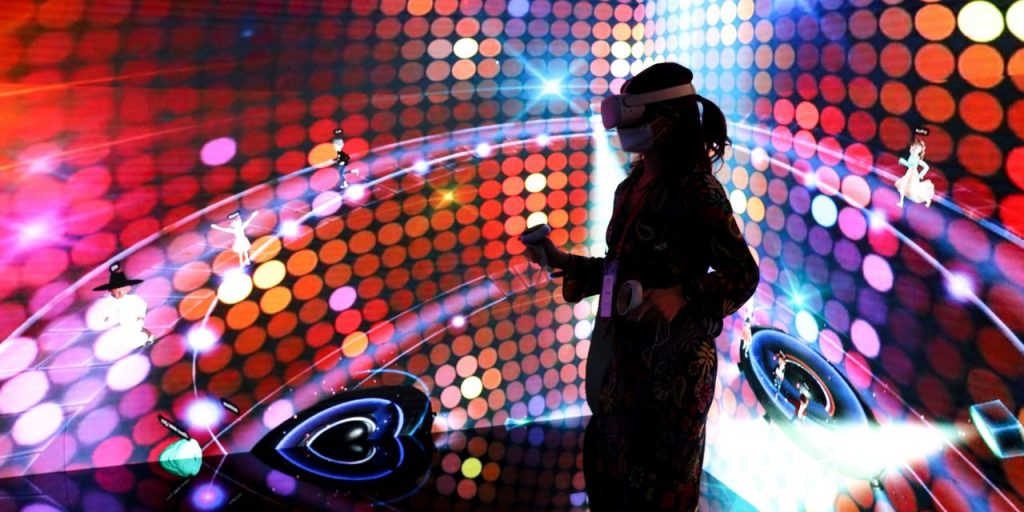 
If China’s internet is any sign of how walled off its metaverse will be, expect a firm hand from authorities, strict rules forbidding certain content, and plenty of fines and warnings when companies go astray.

China’s internet is often called an intranet because it is so censored that it resembles a completely separate network of sites, apps, and financial technology offerings. It is strictly monitored by sophisticated technology and an army of thousands of human “sanitizers.”

The metaverse in general is envisioned to be a virtual world through which the internet facilitates cutting edge interactive and computer-generated experiences. The concept has gained such momentum—and the prospects are so lucrative—that

has estimated the metaverse could be worth $8 billion globally once it begins disrupting current technologies,

said last month that China’s market alone would be worth that much.

Over the last few months, we’ve gotten glimpses of what a Chinese metaverse might eventually look like, with the latest coming this week.

State-owned Bank of China’s securities arm recently published a document saying “that the metaverse is a potential path to common prosperity, and the evolution of the metaverse-related organizational route cannot be separated from the top of the government.”

The latter utterance is an obvious nod to the top ranks in Beijing, but so too is the phrase “common prosperity,” a sort of mantra Chinese President Xi Jinping has been touting to do several things—among them impart a chilling effect on overly large corporations and individuals whose extravagant wealth appears to make a mockery of the “communist” part of the Communist Party.

Thus the Chinese metaverse must be a contributor to the common good, refrain from creating monopoly-level players, and fall under the same strict control as other forms of digital media in the country.

According to the document, one way this will be done is by granting special power to the three big state-owned telecoms:

In fact, quietly in October, the China Mobile Communications Association’s metaverse industry committee was set up in part to help select metaverse-related companies. But the latest news reinforces that the major telecoms will be big players, if not steerers, of the nascent industry.

Furthermore, the government embrace of the metaverse is both incentive and warning. Late last year, an influential government think tank published a report laying out all the possible ills the technology could bring, from the “corruption and addiction of youth,” to “technological hegemony.” In January, the National Intellectual Property Administration began a spate of metaverse trademark applications.

But recently, regulatory rhetoric put enough fear into investors to cause a fall in the share prices of some of China’s biggest players.

A metaverse-only think tank—Yuanchuang Metaverse Research Institute—recently rated the contenders for success in the emerging field, based on a number of metrics, including technology, capital, and trademark approvals. The top six were

“The market sees the new vistas of possibility. These technologies may be combined and merged to shape a new digital world, which could have a fundamental impact on the existing digital life,” Li Zheng, a researcher at think tank China Institutes of Contemporary International Relations (CICIR), told Chinese media recently.

New players are sure to emerge with meteoric rises, as Chinese corporate dynamics is known for. Time will tell just how tight the government grip squeezes the sector.

How Education Changes the World and Technology is Changing Education