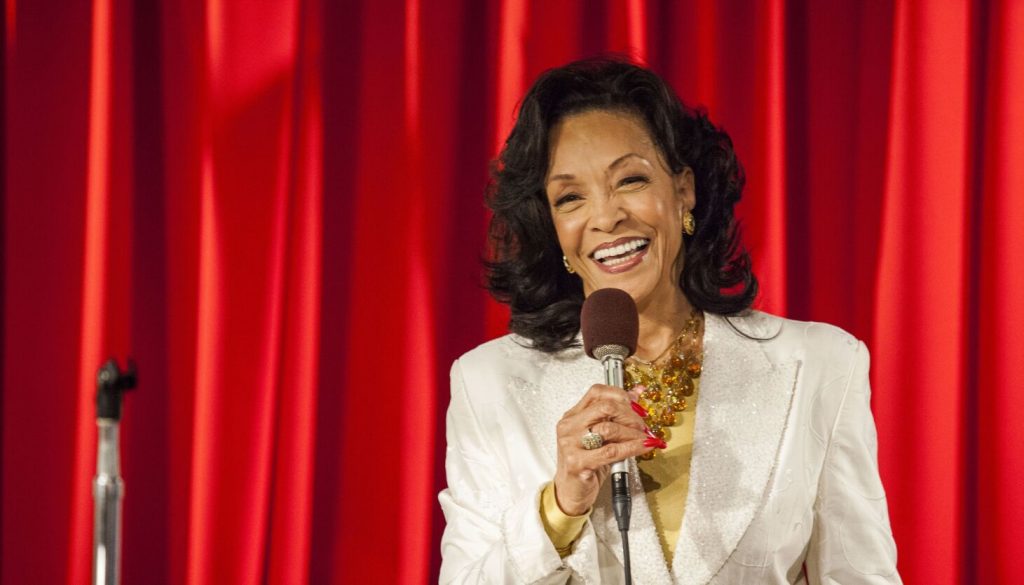 Merri Dee, a fixture on Chicago TV screens for decades as a reporter and anchor for WGN-TV, has died at 85, ending a life of philanthropy, advocacy and survival as compelling as any of the stories she covered on television.

Ms. Dee was a trailblazing broadcaster who won the hearts of Chicagoans while hosting public affairs shows, charity telethons and lottery drawings over a 43-year tenure at WGN.

“People wanted to touch her hands, to get some luck from Merri Dee,” Norman said.

Ms. Dee also was a fierce advocate for victims of violent crime following her own near-death brush with a kidnapper while she worked at another television station in 1971.

“If you’re going to live, you have to be determined to live,” she wrote in her 2013 memoir, Life Lessons on Faith, Forgiveness & Grace.

“If you have any kind of trauma, you have to tell yourself you don’t deserve worse, you deserve better.”

Her death was reported Wednesday by WGN-TV and family members, who said she died overnight in her sleep at her home.

Ms. Dee was born in Chicago on Oct. 30, 1936, but her mother died when she was 2, and her stepmother was abusive, she wrote in her memoir.

On her own from age 14, Ms. Dee graduated from Englewood High School in the 1950s, and as a single mother, she graduated from Midwestern Broadcasting School, now known as Columbia College Chicago.

Ms. Dee landed her first radio job in 1966 at WBEE in Harvey, moved to TV at the then-fledgling WCIU-Channel 26 in 1968 and then switched to host “The Merri Dee Show” at WSNS-Channel 44 in 1971, quickly gaining a huge local following.

When Ms. Dee was leaving the station one night, a man kidnapped her and a guest who had been on her show. Demanding money, he eventually took them to a forest preserve, where he shot Ms. Dee twice in the head.

“In the heavy moments that followed, I realized that I’m not dead,” she later wrote. “I fervently prayed, ‘Dear God, help me.’ … Instead of a great white light, I heard the roar of the ocean … saw a vision.”

She wrote that she heard a man’s voice telling her, “It’s OK … You can go back.”

Ms. Dee’s guest, amateur psychic Alan Sandler, was killed. She managed to drag herself to the side of a road to flag down help.

“A life-changing moment takes practically all of your emotional, spiritual and sometimes physical reserves to survive. It is a moment that forces you to determine what you will or will not accept, and makes you choose how you will respond,” Ms. Dee wrote in her memoir.

She responded by fighting through paralysis and blindness to return to TV news the next year at WGN, as one of the first Black news anchors in a major city.

Her attacker was released on parole after 12 years, and he continued to harass her over the telephone.

That prompted Ms. Dee to rally state politicians to draft the nation’s first Victims’ Bill of Rights in 1992, legislation that was then followed by other states.

Ms. Dee was on the air until 1983, when she became WGN’s Director of Community Relations, a position she held until retiring in 2008.

She helped raise more than $30 million as manager of WGN-TV Children’s Charities, according to the station, becoming the face of advocacy for adoption in Illinois through fundraisers and telethons. Former Gov. Jim Edgar commended her efforts at the station in 1998, crediting them with boosting adoptions in the state by 50%.

“I was inspired to work on behalf of adopted children because of my experiences with my stepmother,” Ms. Dee said in a 2005 interview with Contemporary Black Biography. “I made up my mind to get involved so that no other child would go through that.”

This year, Ms. Dee was chosen by the mayor’s office to be profiled for Women’s History Month in March, Hayes said. Just days before her death, on March 10, she was interviewed and photographed for the feature.

“Merri Dee was a homegrown, broadcasting legend whose time as an anchor and radio and talk show host made her a beloved, local celebrity,” Mayor Lori Lightfoot said in a statement.

“In addition to her television and radio work, she also made a huge impact on communities across our city and state through a number of philanthropic pursuits that reflected her passion for protecting vulnerable individuals such as children in need of adoptive homes.

“Merri Dee has truly made a positive and indelible mark on our city and inspired countless others to follow in her footsteps.”

In her private life, Ms. Dee focused on her family — her five siblings, her daughter, son-in-law and three grandchildren.

She taught the power of resilience and hope to her grandchildren, said Keith Campbell, husband of Ms. Dee’s daughter, Toya Campbell.

“Gammy, as they call her, was always supportive and motivating them to pursue what gave them joy,” Keith Campbell said. “Even when it seemed no one else was in their corner, she always was.”

“She made it possible for girls like me, for Black women like me, to sit on the anchor desk,” Materre said. “She was the epitome of style and class and grace.”

Linda Yu, a former anchor at ABC 7 Chicago, said Ms. Dee had a heartfelt commitment to the city and Chicagoans.

“She cared, and it showed in everything that she did, for every bit of Chicago, because all of it was part of the city that she loves so much,” Yu said.

An author and motivational speaker, Ms. Dee was inducted into the National Association of Black Journalists’ Hall of Fame and served as president of Illinois’ AARP chapter.

“Merri Dee used her endless talents to help people all around the world,” the Rev. Jesse Jackson Sr. wrote on Twitter. “She was an honorable presenter & television personality who could do it all. A respected journalist & a stellar communicator. And she was a survivor. Merri Dee will always be a Chicago landmark. We will miss her. RIP.”

“She will forever be enshrined in the memories of millions of Chicagoans,” WGN-TV said in a statement.

Services have not yet been announced.