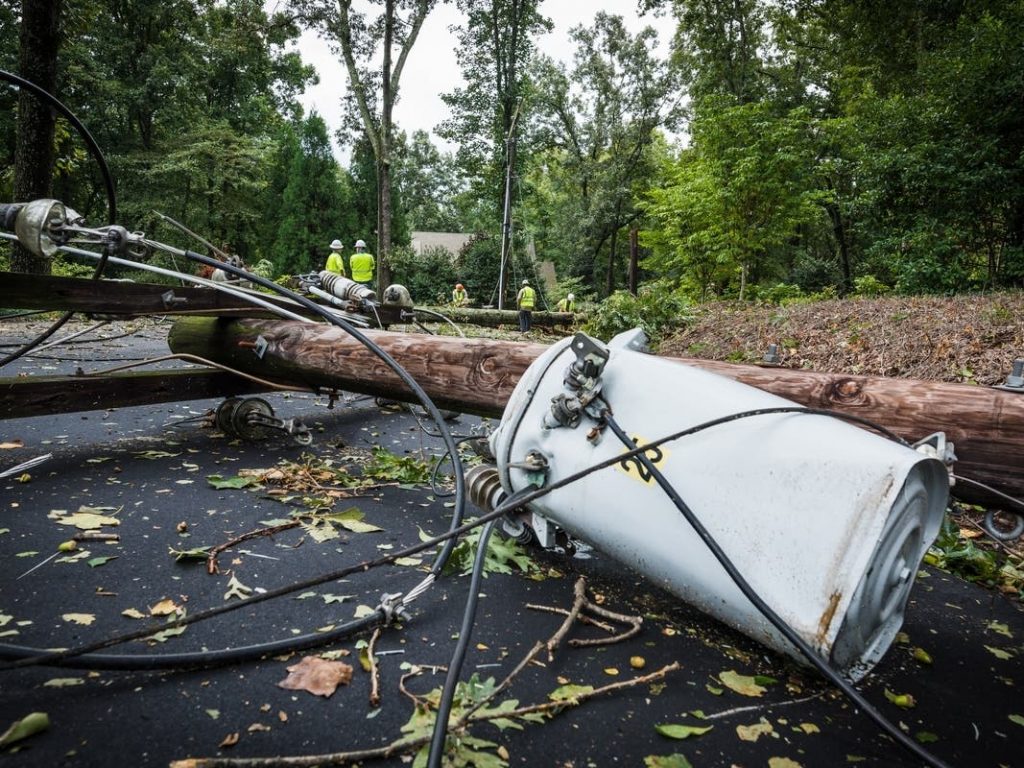 MANHATTAN, IL — A mayor of a small town often wears many hats. As a mayor, he or she is responsible for keeping a town’s budget in order, working with the local police department to keep streets safe, and works with businesses, organizations and private citizens to provide the best quality of life for the people of the town.

Village of Manhattan Mayor Mike Adrieansen wears all of those hats in his official duties. But one hat in particular he wears sets him apart from many other mayors. That’s because the hat is not a figurative one, but is literally a safety hard hat for ComEd, where he makes his living as a full-time mechanic for the utility company.

Hurricane Ian, which hit the eastern seaboard of the United States in late September and early October, left a wake of destruction and devastation in its path. More than 3.4 million power outages were reported as a result of the hurricane, according to a tally by The Washington Post, including more than 600,000 in the Carolinas, where Illinois’ ComEd crews were sent to help other utility companies restore that power.

Adrieansen was part of that effort.

He and his fellow ComEd workers spent eight days — from Sept. 27 to Oct. 4 — in Georgia and the Carolinas working to restore power and bring back some semblance of normalcy to those affected by Ian.

Adrieansen said the damage he saw in those areas was scattered throughout smaller towns, not unlike Manhattan, and the people there were more than glad to see the utility trucks arrive.

“When you go there people are so excited to see the line trucks doing the work and getting the power back on. It’s almost like you’re a hero, but I’m thinking, ‘Man, I’m just the guy working on the trucks,'” said the ever-humble, civil servant/utility worker Adrieansen. “… One lady gave me 10 jars of homemade giardiniera for all the guys. She was just so thankful we were there.”

Adrieansen has been sent out with ComEd to multiple locations for different natural disasters over the course of his seven years with the company. Now he’s using that experience to help craft an improved disaster response plan for Manhattan, once again donning the mayor’s hat to benefit the people in his community.

He said his time at ComEd had made him more safety aware for potential natural disasters, and to that end has been working with Manhattan Police Chief Jeff Wold to come up with an evacuation plan for the village, as well as working with Lincolnway Communications Center to make sure mobile communications are set up to help coordinate relief efforts.

“The message is that there is a lot of preparedness that is out there and ready to go,” Adrieansen said.

Those interested in donating to relief efforts in Florida, the state that was hardest hit by Hurricane Ian, can do so through Volunteer Florida via this link.