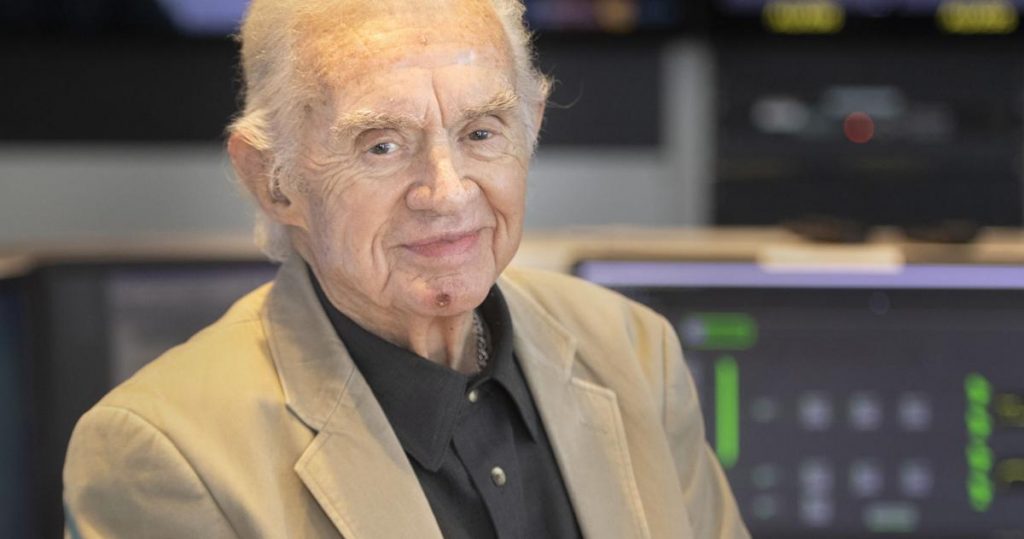 At Syracuse, he learned every aspect of camera and audio work, and was able to direct and produce programming for a local TV station.

There, Hull was able to achieve a goal of his, which was to meet individuals from all over the world through interviews with international students for the station.

He returned to his hometown of Rapid City, South Dakota, after graduating, but embarked again five months later on a Greyhound bus, resume in hand.

His job search took him through Colorado, Texas, Oklahoma, Arkansas, Tennessee, Alabama and Georgia, then back to the Midwest, through Chicago and eventually a final stop in Lincoln.

After meeting with the general manager of the public television station in Lincoln, he knew it was the place for him.

Like many other aspiring broadcasters, his goal was to make his way to CBS or NBC in California. But as he got busy building his career here, he didn’t think much more about that.

He had many chances to leave Lincoln, but didn’t take one until 1966, when he decided to go into the U.S. Foreign Service. He was supposed to be sent to Tokyo to serve as a cultural affairs officer, but ended up going to Vietnam after the U.S. government decided to introduce television there.