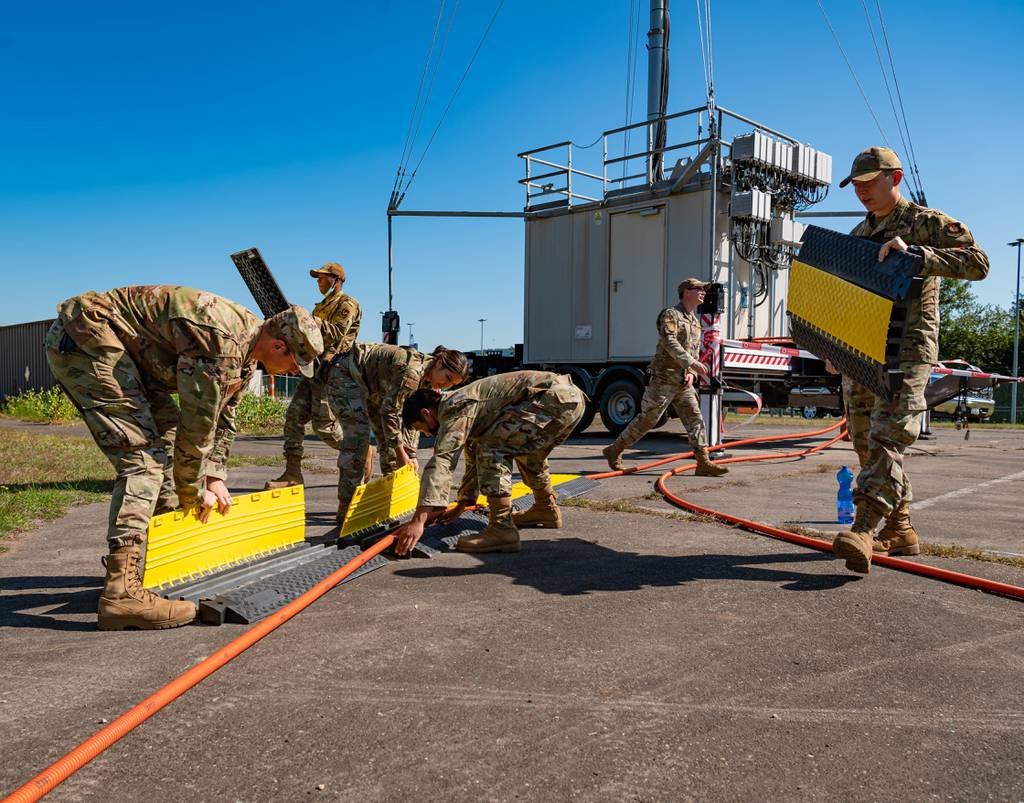 WASHINGTON — A defense-contracting giant and a software powerhouse are now working together on 5G technologies meant to bolster U.S. military communications.

The collaboration between Lockheed Martin and Microsoft focuses on the intersection of the former’s hybrid base station, a multi-network gateway and cell tower in a box, and the latter’s Azure cloud services, according to a Feb. 27 bulletin.

“Today’s announcement brings together Lockheed Martin’s transformative base station technology and the power of Microsoft’s cloud capabilities to deliver mission-critical solutions at the tactical edge,” Tom Keane, a Lockheed corporate vice president, said in a statement. “It is the latest step forward in our joint commitment to solving some of our nation’s toughest problems for a more secure future.”

Some fruits of the partnership were recently put to the test at Lockheed Martin Space’s 5G test range in Colorado. The demonstration, Lockheed said, showcased connectivity between three hybrid base stations and a host of datalinks — like Link-16, used by NATO — using the Microsoft Azure assemblage.

The companies described the experiment as a success.

“Microsoft’s expertise in cloud computing and scaling complement our vision to enable secure communications and run critical mission applications at the edge,” said Dan Rice, Lockheed’s vice president of the 5G.MIL initiative, meant to integrate and upgrade commercial fifth-generation tech in the military. “Innovative commercial partnerships like this,” he added, help develop and deploy “transformative capabilities” for use in the real world.

Public and private players have sunk billions into 5G, the latest wave of wireless technology. The fifth generation marks an exponential improvement compared to 4G — in bandwidth and latency, for example — and promises to reshape how militaries operate, especially in remote areas.

Earlier this month, Lockheed said it secured a $19.3 million contract with the Department of Defense to establish a 5G communications infrastructure testbed in California. It will be used by the Marine Corps, among others. Subcontractors DISH Wireless, Intel Corporation, Radisys Corporation and Rampart Communications will be involved in the effort, which is expected to wrap in September 2024.

Lockheed previously allied with Verizon to develop 5G systems for battlefield use, as well. Lockheed and Verizon held a network demonstration at the Colorado test range late last year, according to Verizon.

Colin Demarest is a reporter at C4ISRNET, where he covers networks and IT. Colin previously covered the Department of Energy and its National Nuclear Security Administration — namely nuclear weapons development and Cold War cleanup — for a daily newspaper in South Carolina.