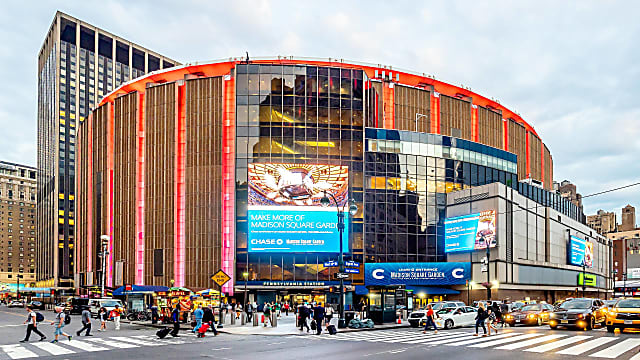 A longtime New York Knicks broadcaster has signed off the air for the last time after being fired by the MSG Network amid alleged harassment allegations, according to reports.

A spokesperson for MSG Networks announced radio analyst Brendan Brown’s ousting in a statement on Monday, Jan. 23, along with plans for the rest of the Knicks’ regular-season broadcasts.

“MSG Networks and Brendan Brown have decided to part company,” officials stated. “For the remainder of the season, various personalities including former Knick John Wallace, will serve as the Knicks radio analyst on the MSG Radio Network on ESPN.”

Since he was taken off the air, Brown has been replaced by Wallace and other notable broadcasters familiar to Knicks fans, including Alan Hahn, Wally Szczerbiak, and ESPN host Monica McNutt, who have all stepped in to fill the void.

Brown’s father is Hall-of-Fame coach Hubie Brown, and has been off the air recently following the claims that apparently required intervention by MSG’s human resources department, leading to him being let go by the company after a decade behind the mic.

Brown is a former assistant coach both in college at Wake Forest, and in the pros with the Memphis Grizzlies before his transition to broadcasting, where he has drawn rave reviews. He also spent time as a scout for the Knicks for several years and made a stop with the Detroit Pistons.