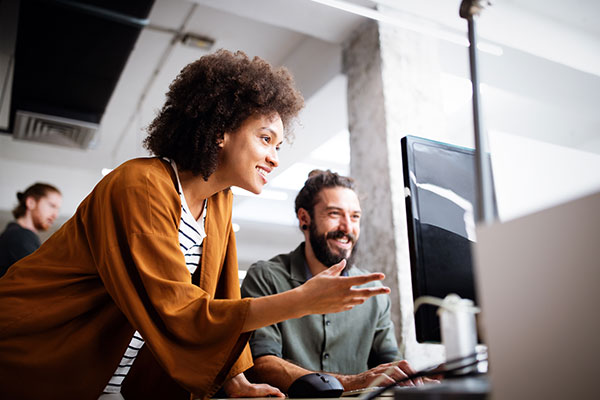 KC-based software developer Binary Noggin is tripling its growth efforts with added headcount, an office relocation and a new consulting service line for clients, according to a press release the company issued today.

After a 51% net income growth in 2021, the tech firm has tripled its team with the goal of additionally doubling its current headcount to keep up with client demand. New employees include a team of experienced software engineers and a communications professional. To aid in hiring local talent, Binary Noggin also recently relocated from its previous HQ in Gladstone, Missouri to a new office space at 1520 Clay Street in North Kansas City.

Binary Noggin has also introduced a retainer-based consulting arm, called Two Heads Consulting, to provide an additional layer of service for its client base. Binary Noggin’s traditional model embeds its team of software engineers within a client’s organization to build and integrate technology over long periods of time. Its new consulting service will allow Binary Noggin’s team to work with clients on projects with a shorter and quicker lifespan across a wide array of services.

“We’re extremely excited to be able to deepen the expertise within our services — and to increase value offerings for our clients,” said Binary Noggin CEO and founder Amos King. “2022 marks an exciting period of exponential growth for Binary Noggin, and we’re looking forward to developing our team even further as we expand.”

“The service that Binary Noggin has provided to us is something that otherwise could have taken years to produce,” said billy co-founder and CEO Nyasha Gutsa of the partnership. “We see them as part of our team. Due to their decades of experience and the passion they bring to a project, we’ve been successful in building what’s really important for our users, who are now also customers.”

About Binary Noggin
Founded in 2007, Binary Noggin is a team of software engineers and architects focused on building technically superior products, with an expertise in Elixir, Ruby, Phoenix, Nerves and other open source technologies. Learn more at binarynoggin.com.