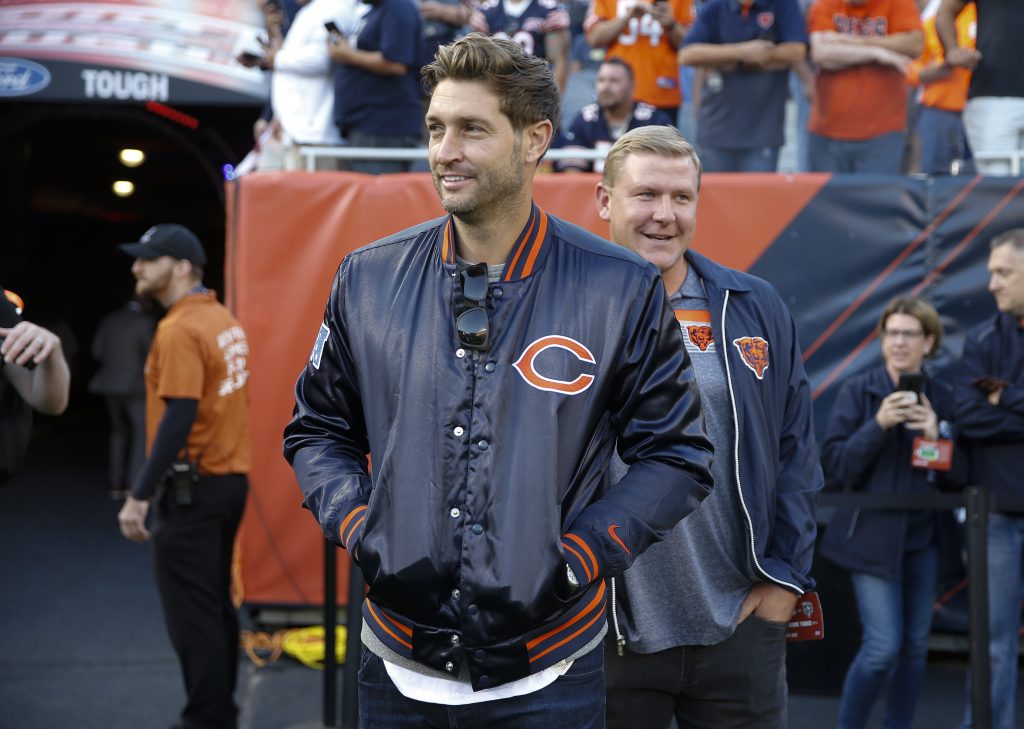 Back in 2017, Jay Cutler agreed to a deal with Fox Sports to serve as the color commentator for NFL games alongside Charles Davis and Kevin Burkhardt. But he ended up returning to the NFL as a backup quarterback for the Miami Dolphins instead.

Now, he’s ready to return to the broadcasting booth.

“I would love to do it. I think it’s a fun gig. It keeps you in the game,” he told Michael McCarthy of Front Office Sports. “If an opportunity arises, I would jump at it.”

It’s tough to blame Cutler for backing out of the broadcasting gig the first time around—the Dolphins paid him $10 million to serve as Ryan Tannehill’s replacement. Tannehill suffered a torn ACL in the offseason and missed the whole year.

After retiring for good following the 2017 season, Cutler didn’t return to the broadcast booth. But now he believes the time is right to potentially give that career path a shot.

“I was in a period of my life where the kids were young,” he said. “I didn’t want to get back into that schedule of Friday-Saturday-Sunday-Monday-gone. But now, things have calmed down for me. My kids are a little bit older and in a better place.”

Cutler, who has his own podcast (Uncut with Jay Cutler) and media and lifestyle company (Outsider), told McCarthy that his agent has already reached out to FOX and Amazon, among other NFL broadcast partners.

“I could do everything I wanted to do. Color commentary is kind of the last bucket,” Cutler said. “If I can get that filled, it would be great.”