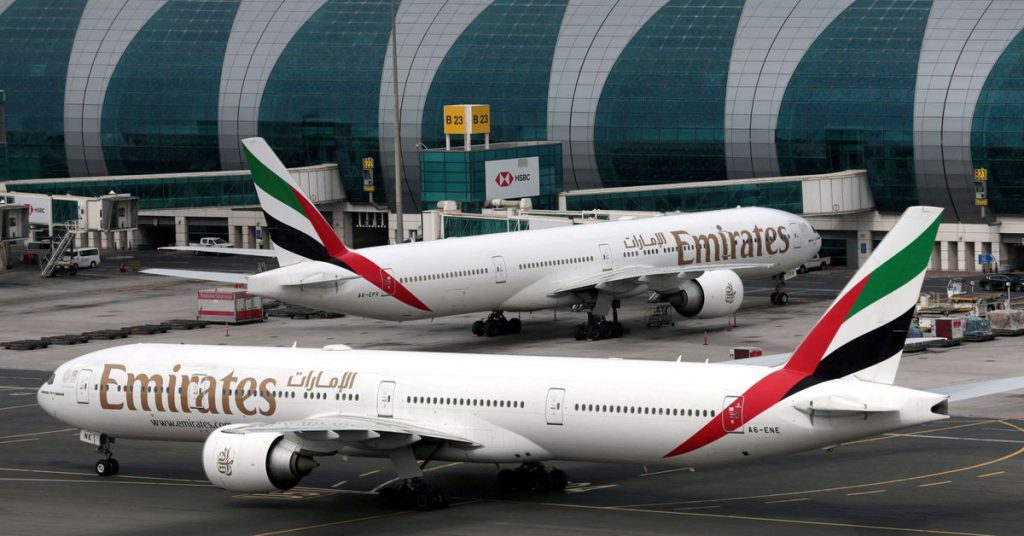 Jan 19 (Reuters) – Two major Japanese airlines said Wednesday they will restore flights to the United States after the deployment of 5G mobile in the United States had prompted some foreign carriers to cancel numerous U.S. bound flights.

A decision by AT&T (T.N) and Verizon Communications (VZ.N) to delay switching on the powerful new telecom masts near key airports, following protests from airlines about possible interference, came too late to avoid a ripple of cancellations on Wednesday.

Japan Airlines (9201.T) and All Nippon Airways said Wednesday they would resume Boeing 777 service to the United States on Thursday after announcing cancellations earlier based on guidance from Boeing.

Both airlines said they had been told by the Federal Aviation Administration (FAA) there is no safety issue after the reduced wireless deployment.

United Airlines said Wednesday it forecast only “minor disruptions at some airports due to the remaining 5G restrictions” and praised the Biden administration’s deal with AT&T and Verizon “to avoid mass cancellations across the aviation industry.”

Airlines across Asia and several in the Middle East and Europe had said they were cancelling some flights or switching models, with much of the initial disruption hitting the Boeing (BA.N) 777, for decades a workhorse of long-distance air travel.

Dubai’s Emirates, the largest user of the Boeing mini-jumbo, kicked off a slew of industry cancellations or aircraft changes late on Tuesday, saying it would suspend nine U.S. routes.

The airline’s veteran president Tim Clark told CNN the carrier had not been aware of the extent of the problem until Tuesday and called it “one of the most delinquent, utterly irresponsible” episodes he had seen, a CNN reporter tweeted.

The disruption caps a weeks-long dispute between airlines and telecom companies over the speed of deployment of 5G mobile services in the United States, mirrored by tensions between regulators of the economically sensitive industries.

U.S. airlines and the FAA have warned that the frequencies and transmission strength being deployed in the United States could interfere with the precise height readings needed for bad-weather landings on some jetliners.

European regulators say no risks have been found elsewhere.

The U.S. wireless carriers agreed on Tuesday to delay turning on 5G near key airports but are pressing ahead with the wider U.S. deployment on Wednesday of services designed to serve tens of millions of people.

Late on Tuesday, the FAA began updating guidance on which airports and aircraft models would be affected, in a move expected to dramatically lessen the impact of the nearly 1,500 notices of 5G restrictions previously issued by the regulator.

Even so, dozens of flights had to be cancelled or modified, pushing shares in European long-haul carriers down about 2%.

“The last-minute postponement happened too late to stop the crews being sent out for today’s (return) flight. It just made it a nightmare,” said a pilot with a major European airline.

Analysts said a slump in long-haul flying caused by pandemic border restrictions would limit the immediate impact, however.

“It’s the off season, so in January or February airlines will be losing money and that’s not counting the impact of the pandemic. At the moment they are fighting for survival,” said James Halstead, managing partner at UK-based Aviation Strategy.

“Where it might hurt is that some airlines are using the same long-haul aircraft to carry freight,” he added.

Radio altimeters give precise readings of the height above the ground on approach and help with automated landings, as well as verifying a jet has landed before allowing reverse thrust.

Boeing said it was working with all parties on a “data-driven solution for the long-term that ensures all commercial airplane models can operate safely as 5G is deployed.”

The 777 last year was the second-most used widebody plane on flights to and from U.S. airports with around 210,000 flights, behind the older 767, according to data from FlightRadar24.

In other disruption, Germany’s Lufthansa (LHAG.DE) said it had cancelled one flight and was switching aircraft on others.

Air India said its four U.S. flights would be curtailed or face changes in aircraft type starting from Wednesday.

British Airways switched its daily flight to Los Angeles to an Airbus (AIR.PA) A380 from the usual Boeing 777 service and cancelled or modified other U.S. flights.

Cargo airlines AeroLogic and Polar diverted away from Cincinnati to Atlanta, according to web tracker FlightRadar24 which said Atlanta was not subject to 5G related restrictions.

Not all 777 flights have been hit. Emirates said it would keep flying the 777 to Washington, which is not so far affected.

Qatar Airways and Air France (AIRF.PA) said U.S. routes were operating as scheduled and Israel’s El Al and Abu Dhabi’s Etihad Airways said their services had not been affected. Kenya Airways said it was taking precautions outlined by Boeing and the FAA.