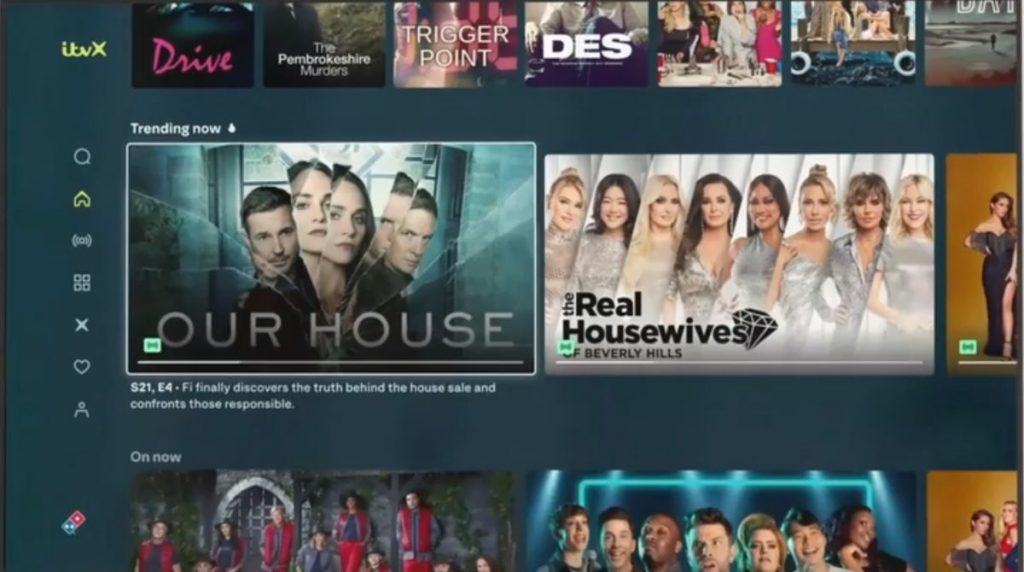 The launch of ITVX, the new streaming service from ITV, is almost upon us – and with it, we can now reveal more details about the app – and, specifically, the video quality viewers can expect.

ITVX, which is set to replace ITV’s existing streaming app – ITV Hub – is set to launch in November 2022, in time for the FIFA World Cup in Qatar.

With streaming TV becoming more and more dominant, ITV is looking to replace its ageing ITV Hub app, and instead of a catch-up service, launch a full streaming TV “destination”, that will try to compete with the likes of Netflix and Disney+.

Even more content will be offered on the Premium (paid) tier, with new shows launching every week (often before they air on ITV’s linear channels).

ITVX will be a free – with adverts – service, first and foremost. The paid tier will remove all the adverts when you’re watching on-demand content.

Most of ITVX’s content will be available on both the free and premium tiers, with one exception (that we know of now) – BritBox, which will be a “bonus” for the Premium tier subscribers (read more about the changes coming to BritBox UK here).

The pricing of the ad-free tier hasn’t been announced yet, but we assume it will be similar to what BritBox is now – £5.99/month.

ITVX will replace the ITV Hub app in places where it’s currently available – so on Smart TVs, streaming devices like the Roku and Fire TV, some Freeview Play recorders, mobile phones, tablets and more.

However, because of that upcoming switch, ITV Hub is no longer supported on many older Smart TVs, Freesat boxes, and Freeview boxes (including the popular Humax FVP-5000T Freeview recorder).

All those devices that no longer support ITV Hub, will also not be able to run the new ITVX – so customers with those boxes will have to find alternative streaming devices, such as Amazon’s Fire TV sticks, that do run ITVX.

Sky Q, which doesn’t currently have the full ITV Hub app, is expected to get the new ITVX app at launch (or close to it), along with Sky Glass and Sky’s newest streaming box, Sky Stream.

The video resolution on ITV’s programmes and films is a bit of a sore point at the moment.

On Freeview, ITV 1 is available in HD, while the other ITV channels are Standard Definition (SD) only.

On some of the pay-TV platforms (such as Sky and Virgin Media), other ITV channels are also available in HD – but you only get them if you’re subscribed.

And then things get even more confusing with ITV Hub, as some devices stream content from ITV’s streaming app in HD, others don’t, and some only show on-demand content in HD, while the live stream is in SD.

On ITVX, however, ITV is striving to provide as much HD content as they can – and if the show is available in HD – and your device supports HD – it will be streamed in HD on ITVX.

As for 4K/Ultra HD content on ITVX, ITV confirmed to us that there won’t be any 4K content at launch – but the broadcaster is looking to introduce 4K content in the future.

That’s bad news for UK viewers, who also don’t get 4K content from the other major broadcasters, with even the BBC only delivering a handful of 4K shows on BBC iPlayer, as part of a never-ending “experiment”.

Although you do need a TV that supports 4K, and a fast broadband connection – most of the major American streaming services like Netflix, Amazon’s Prime Video, Disney+ and others – already stream a large chunk of content in 4K.

Therefore, it’s a shame that ITV’s brand new streaming service won’t support 4K at launch – but at least there’s hope for the future.