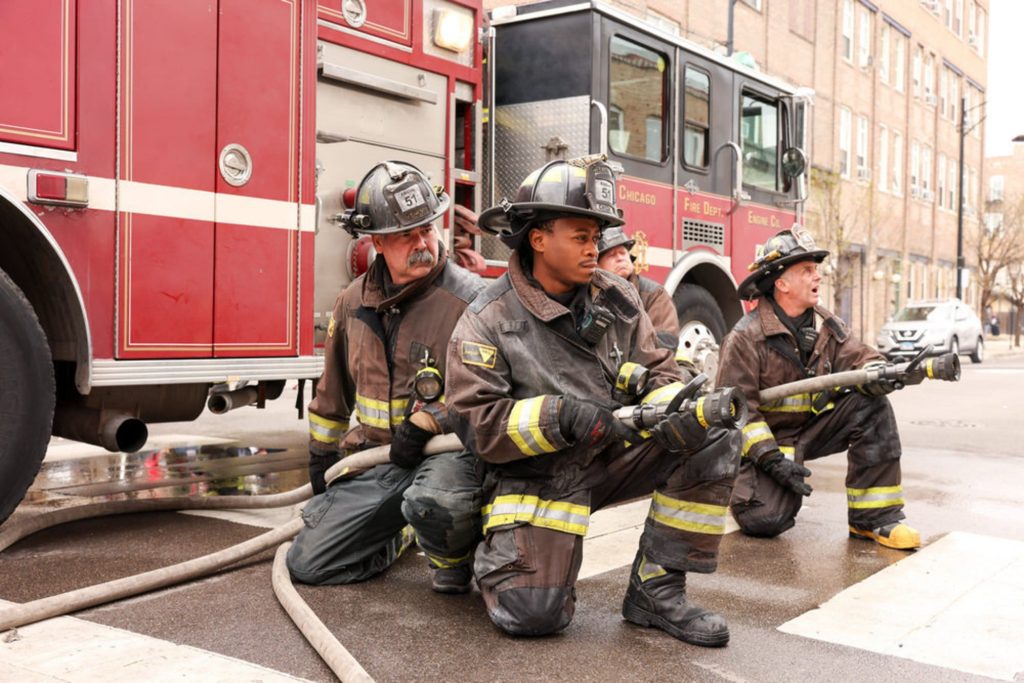 Chicago Fire season 11 premiered on television on Sept. 21 and fans have been excited for the return of the series. Following the lives of Chicago firefighters and paramedics, the series has been going strong for 10 seasons and is now on season 11 for the 2022-2023 television schedule. But is there a way to stream the series as well?

Chicago Fire is the first NBC series in the One Chicago franchise from Wolf Entertainment. The other series’ include Chicago PD and Chicago Med.

The Chicago Fire series follows firefighters from Chicago’s Station 51, as well as paramedics that save lives day in and day out. The series cast members include Taylor Kinney, Eamonn Walker, Miranda Mayo, and Kara Killmer.

Actor Jesse Spencer, who played Matt Casey, was a big part of the show until his his exit at the beginning of season 10. However, he did make an appearance for the season finale during the wedding between Kinney’s Kelly Severide and Mayo’s Stella Kidd.

Will new episodes of Chicago Fire season 11 stream on Peacock?

Season 11 has already kicked off, but that doesn’t mean you can’t enjoy episodes on streaming services, right? Peacock is one of the many places where you can find past episodes of Chicago Fire. All 10 seasons are available to subscribers and they currently have a limited time offer for new subscribers. The subscription service is offering $1.99 a month for 12 months for those who want to get started.

This is a great way to begin streaming Chicago Fire if you need to catch up! So will you be able to catch new episodes on Peacock for season 11?

Yes, Chicago Fire Season 11 will be available on Peacock. After episodes air on television Wednesday nights, new episodes will be on the streaming service the following day.

So even though the first episode has just aired, you can still enjoy fresh new episodes as they become available on Peacock.

Will you be watching Chicago Fire Season 11 on Peacock? Make sure to catch all new episodes on Thursdays after new episodes from NBC every Wednesday.