Is an Australian semiconductor industry a moonshot? Not if we funnel $1.5bn into it 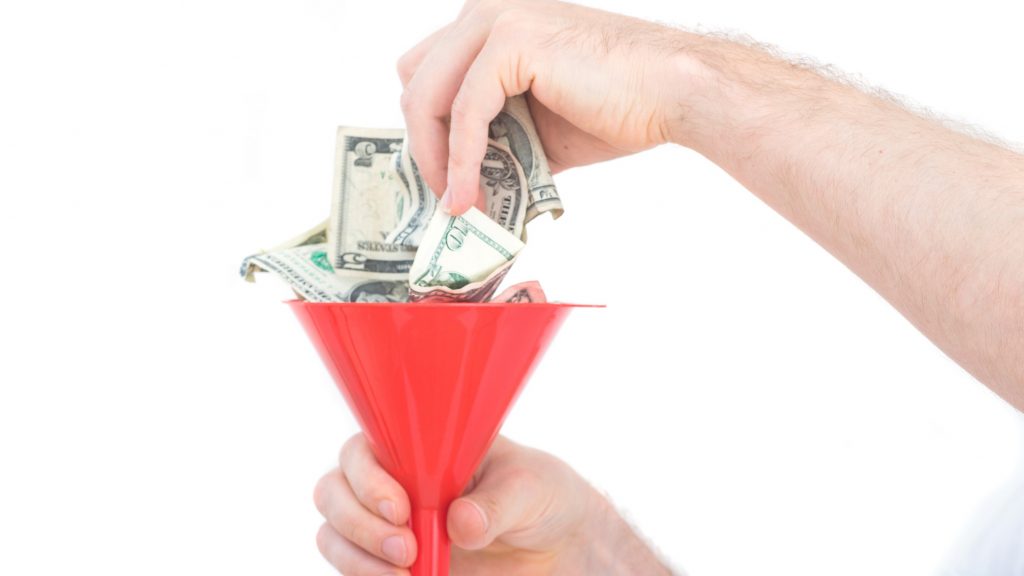 Semiconductors are essential for the proper functioning of everything from smartphones to nuclear submarines, medical equipment and wireless communications.

And our lack of participation in the global semiconductor ecosystem has put us at a geopolitical disadvantage – because we’re almost entirely dependent on foreign-controlled microchip technology which makes us vulnerable to global supply-chain shortages, shutdowns, and disruptions.

So, can we establish a sovereign semiconductor supply chain?

The Australian Strategic Policy Institute’s (ASPI) Alex Capri and Professor Robert Clark AO FAA DistFRSN (and with titles like that he must know what he’s talking about) say yes – but it will take $1.5 billion of government funding.

In a recent report, they’ve laid out a vision for Australia to secure its place in the semiconductor industry which they describe as  “the single most important technology underlying leading-edge industries”.

To stimulate $5 billion of semiconductor manufacturing activity we just need a helping hand in the form of around $1.5 billion of government investment and incentives.

The idea is to mirror initiatives such as the US Creating Helpful Incentives to Produce Semiconductors and Science (CHIPS) and Facilitating American-Built Semiconductors (FABS) Acts to establish a distributed commercial compound semiconductor foundry capability across the country via a public–private partnership.

The US Congress passed its CHIPS Act legislation in July, providing US$52 billion in subsidies for the national semiconductor sector, plus another US$170 billion for technology and scientific R&D in areas like 5G wireless, artificial intelligence and quantum science.

All sectors which are heavily dependent on advanced semiconductor chips.

And they’re not alone in prioritising this. The European Union passed its own CHIPS Act worth €43 billion, South Korea committed a whopping US$450 billion to turn its domestic landscape into a global semiconductor hub by 2030 and Japan authorised US$6 billion to upgrade its domestic semiconductor ecosystem – including subsidies to pay for the Taiwan Semiconductor Manufacturing Company (TSMC) to build a chip manufacturing plant with Sony.

When compared to these massive investments, $1.5 billy doesn’t seem outrageous.

Luckily, we already have a starting point, an R&D semiconductor fabrication foothold where we can build our new capabilities – kind of like what the UK has done with its £50 million Catapult program which is aimed at establishing the UK as a global research and manufacturing hub.

“It could arguably invest such an amount again in ANFF to scale up the current capability to pilot production in key nodes and areas of demonstrated innovation geared to escalating markets.

“An initial goal could then be to leverage off that upscaled, more commercially focused ANFF capability to then stimulate public–private partnerships (PPPs) with semiconductor firms around two key ANFF nodes: one in composite semiconductor fabrication and a second foundry in mature-process-scale silicon CMOS similar to the US$1.8 billion Purdue University – SkyWater initiative.”

If you build it, they will come

The report also suggests we should leverage our security partnerships and alliances with the US, Britain, Japan etc with the Quadrilateral Security Dialogue (the Quad), AUKUS and the Five Eyes network to tether the development of our semiconductor industry to evolving mutual defence needs.

“Security alliances such as the Quadrilateral Security Dialogue (the Quad), AUKUS and the Five Eyes network must double up as enablers of Australia’s semiconductor sector (and other critical technology) advancement,” Capri and Clark said.

“The spillover to Australia’s commercial sector will be immense.”

The endgame from there is essentially to attract key companies and talent to our industry in a sort of “if you build it, they will come” style. Hey it worked for Kevin Costner, right?

Three semiconductor stocks on the ASX with a head start

Most semiconductor stocks operate out of Silicon Valley, but if we did inject funding into our semiconductor industry there are a few companies who’d have a head start.

Archer is another Aussie listed technology company that builds advanced semiconductor devices, including processor chips that are relevant to quantum computing.

Late last month Archer announced it had achieved sub-10 nanometre (nm) feature size fabrication – and the company says this extreme miniaturisation would give it greater flexibility, capability, and higher integration density in its lithographic processes for the design and fabrication of its technologies.

For example, sub-10 nm fabrication could allow for biochip device development to span a magnitude of feature sizes for a broad range of potential sensing applications.

The company is now working with GlobalFoundries towards industry fabrication of its 12CQ quantum chip technology.

The company says the tech has applications in the healthcare industry, particularly those businesses which require cryogenic storage facilities (biobanks and biorepositories) as well as markets including cold chain logistics/supply chain, security/defence, industrial/manufacturing and aerospace/aviation.

BCT launched a direct-to-market portfolio of products for the Biobanking market late last year and and is working in partnership with FujiFilm Irvine Scientific under a Licence and Development agreement to customise its tech for the global Assisted Reproductive Technologies (aka IVF) market towards an anticipated long term supply agreement.

Another Australian is BluGlass, which is developing semiconductor manufacturing tech using a process called remote plasma chemical vapor deposition (RPCVD), or the manufacture of high-value semiconductor devices such as laser diodes, next generation LEDs and microLEDs.

The entire laser market is worth about $25 billion, with the five sectors it operates in worth about $2.5 billion, and the total addressable market of industrial applications, medical devices and research and defence sit around US$380 million.

BluGlass picked up a fab in Silicon Valley earlier this year, but importantly it has manufacturing capacity on-site at its facilities in Australia too.

It’s currently building laser diode chips at 405, 420 and 450 nanometres, with plans to launch six or seven products this year.

Get the latest Stockhead news delivered free to your inbox.

It’s free. Unsubscribe whenever you want.