Intel And NSF To Inject $150 Million Into U.S. Tech Education 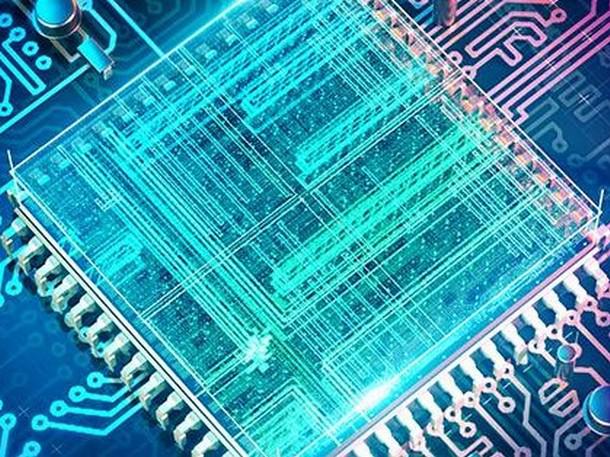 The spending will be spread out over the next decade to provide education and research partnerships with universities and community colleges to bolster technical education. The company says its $100 million pledge will complement the Santa Clara, Calif.-based chipmaker’s planned $20 billion investment in two Ohio chip manufacturing sites, which will create 3,000 jobs by 2025, in boosting U.S.-based semiconductor production.

The National Science Foundation announced that it it will provide a $50 million matching investment for the same goals across the U.S.

“At Intel, we strongly believe that investing in education is necessary to ensure we have the right talent to support our growth and help the U.S. regain leadership in semiconductor manufacturing,” Christy Pambianchi, Intel’s executive vice president and chief people officer said in a statement. “Our goal is to bring these programs and opportunities to a variety of two-year and four-year colleges, universities, and technical programs, because it is critical that we expand and diversify STEM education. Intel is committed to preparing America’s workforce with the technology skills needed now and in the future.”

Intel will invest the first $50 million directly into Ohio’s higher education system, using some of the funds to create the Intel Semiconductor Education and Research Program for Ohio. The remaining $50 million will be spent on semiconductor education initiatives throughout the country.

In an interview with CRN, Erwin Gianchandani, deputy assistant director for computer and information science and engineering at NSF, said the foundation is focused on alleviating the supply chain woes that have hobbled the tech industry and beyond. The NSF will spend its $50 million contribution on tech education efforts throughout the country.

“It’s clear that we need to do what we can to do much greater onshoring of semiconductor manufacturing,” Gianchandani said. “Where we are today is simply not where we want to be. We have a tremendous opportunity through not just the partnership with Intel, but potentially with other stakeholders in the private sector, and really doubling down on investment in future semiconductor technologies to bring us back to a level where the U.S. can really re-engage as far as competitiveness in this arena is concerned… It’s clear that it’s important to us to prioritize investments in this space to ensure that we are at the leading edge as a nation when it comes to semiconductor design and manufacturing.”

Debbie Schwartz, vice president of acquisitions at Mavenspire, an Annapolis, Md.-based solution provider, said the investments will be valuable for channel partners across the board. “Chip shortages equal extended lead times, which means delays in customers getting to the outcomes they need for their business. Building capacity (in U.S. chip manufacturing) means getting back to more real time ability to deliver.”

Gianchandani said the foundation is particularly interested in using the $50 million to invest in areas of the country and populations that may have been overlooked previously. “For too long, I don’t think we’ve done enough in terms of trying to tap into the full geography of innovation across the country. So that gets us to thinking about places like community colleges, or historically black colleges and universities, or Hispanic-serving institutions or tribal colleges – how to we tap into… the emerging research institutions across the country.”

Gianchandani said the NSF will begin identifying funding opportunities very soon. “We’re hoping to put our brains together with Intel and NSF program teams … over the next few months so that we can get to a point where we can make a funding opportunity available sometime in the late summer.”