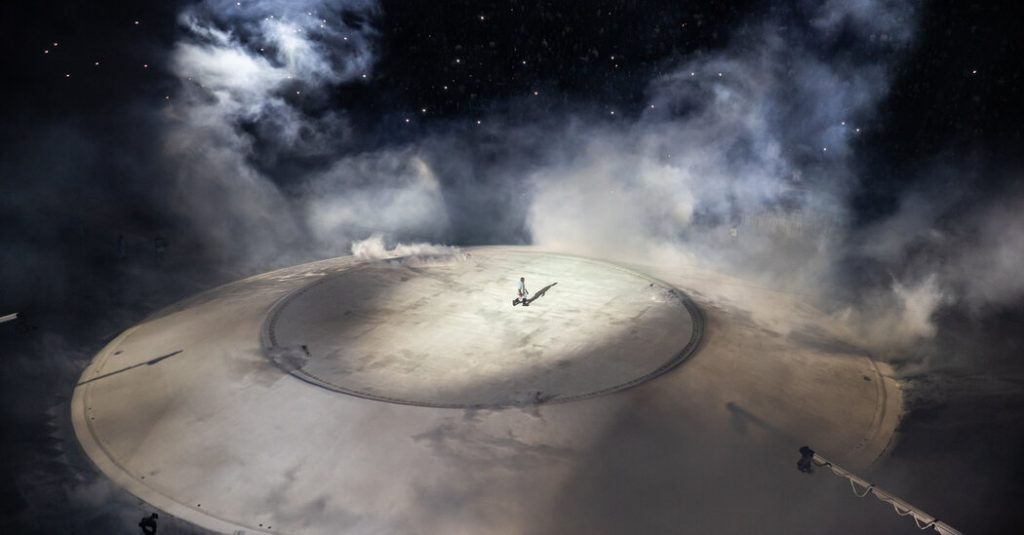 Mr. Gelfond was referring to the ascendance of streaming services and the decline of traditional moviegoing. Both trends have been percolating for years, but they intensified during the pandemic, when many theaters were closed. Studios are now diverting most of their dramas, musicals, comedies and modestly budgeted action movies to affiliated streaming services. Leviathan fantasy franchises and sequels will continue to flow to theaters. But how will theater operators fill the gaps in their schedules?

Megan Colligan, the president of IMAX Entertainment, noted that live events “often bring in audiences that haven’t been to an IMAX theater and, in many cases, have not been to a movie theater at all in a very long time, sometimes ever.”

Ms. Colligan emphasized that IMAX events were not just about throwing content onto a really big screen, but would specifically make use of the company’s premium-format technology. Mr. West and his team, for instance, used 16 extra-high-resolution IMAX cameras to capture the December benefit performance (out of 20 cameras in total).

“There was a lot of smoke and mist, and making sure we were capturing that correctly was something that was really important to them,” Ms. Colligan said. She added that the Oscar-nominated cinematographer Larry Sher was the project’s director of photography.

Five Movies to Watch This Winter

The IMAX theater network has 1,700 locations in 85 countries. About 70 locations have been upgraded with instant-simulcast technology, which equates to about 25,000 seats, roughly the capacity of Madison Square Garden. “Our goal over the next year will be to connect our theaters globally,” Ms. Colligan said.

With its strength among younger consumers, known as fanboys, and focus on visual spectacles like “Spider-Man: No Way Home,” IMAX has a healthier core business than many cinema companies. Steven Cahall, a media analyst at Wells Fargo, recently named IMAX his favorite mid-cap growth stock for 2022, saying in a research report that the company “is the best way to play premium theater experiences + studios’ renewed focus on theatrical tent poles.”

On Wednesday, IMAX reported its strongest quarterly results since 2019. For the three months that ended on Dec. 31, revenue totaled $108.6 million, a 94 percent increase from a year earlier. The company also reported a net income of $10.1 million, compared with a loss of $21.2 million a year earlier. For the full year, IMAX captured about 3 percent of the worldwide box office, the company’s highest share ever.