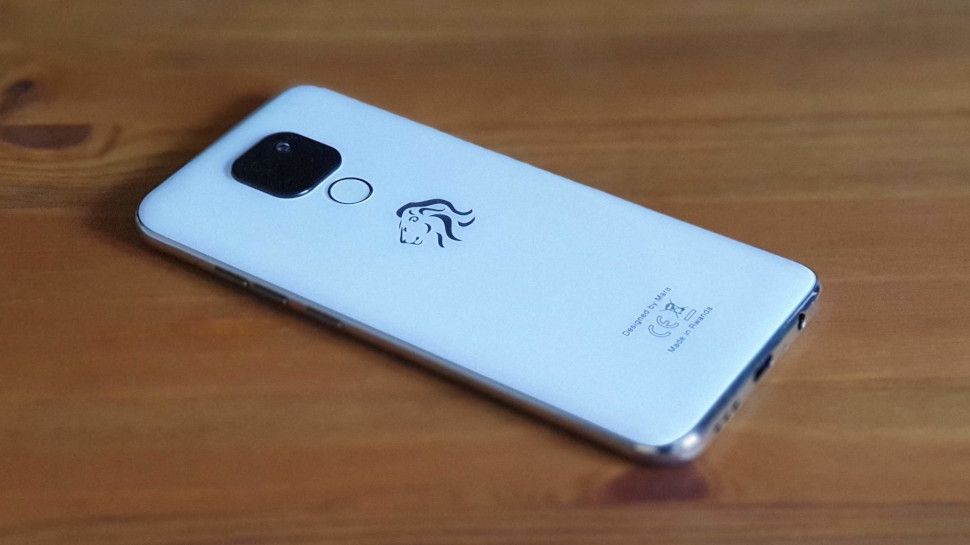 Early this month, I pulled the trigger and bought what was arguably the cheapest 4G smartphone available anywhere.

There are other cheaper smartphones on the market (via Aliexpress) but the X1 is the only new handset that combines 3GB of RAM and a recent iteration of Google’s ubiquitous mobile OS, Android.

Africa, the next frontier?

In this day and age, the last thing you want to do is run an old version of Android with more vulnerabilities and holes than a Gruyere cheese. The X1 is a very well built handset with Android 10, four cameras, NFC, a fingerprint scanner, two-year warranty and displayed proudly on the product box, a large “Made in Africa” logo.

For a long time, the second largest continent by size has been a laggard when it comes to technology. This proved to be a blessing in disguise to some extent as an entire generation of users went straight to a mobile-first technology that’s devoid of the sort of legacy mindset that’s common across the more technologically advanced countries, especially in the West. Fewer landlines, a relatively small park of laptops and desktops and definitely not the same reliance on traditional desktop-based user interfaces.

A blank canvas that others before have tried to conquer, the OLPC XO laptop from Nicolas Negroponte was supposed to offer ubiquitous computing to Africa and other technology-starved continents. That never materialized and instead smartphones filled the gap.

In 2018, a young entrepreneur, Ashish Thakkar, unveiled the Maraphone X1 and the Z1. Based in Rwanda, Thakkar is a charismatic businessman with plenty of quotes on his Twitter feed and a Musk-esque attitude towards adversity. “China has Huawei, Xiaomi; the U.S has iPhone and finally Africa has Maraphone. This project will show the potential and ability that Africa can produce high quality and affordable smartphones in Africa, by Africans, for Africans and for the rest of the world” Thakkar quipped when the brand was launched.

Things went pear-shaped though; the company hasn’t released any smartphone since then (unless you count the Mara S, with its 1GB of RAM and 8GB ROM as being worthy of the smartphone moniker). The X1 that I bought was almost certainly one that’s been reduced to be cleared and the whole story serves as a cautionary tale for ambitious newcomers that lack a global clout, a near-infinite marketing budget or in our story, China’s backing.

Mara, the company behind Maraphones, had factories in Rwanda and in South Africa and in February 2022, a news report emerged revealing that the South African manufacturing plant had closed for good. Building smartphones, it turned out, is the easy bit. Selling them on the other hand…. Over the past decade, Chinese manufacturers have gradually strengthened their stronghold on the global smartphone market and had it not been for Huawei’s fall from grace in 2020, they’d almost certainly vie with Samsung for the top dog spot. The hegemony we see in the Windows world (Lenovo, Dell and HP) is mirrored in the Android universe (Oppo, Xiaomi and Samsung).

The current ecosystem dichotomy between Windows and Android is here to stay with businesses showing a very strong affinity for the former and consumers showing a very strong preference for Google. Where things are rapidly becoming interesting is in software and services where barriers to entry are almost non-existent, allowing plenty of candidates from less developed countries to try new things.

And Africans have seen plenty of action lately; a cursory look at my news feed bears witness to this, especially when it comes to Fintech. Google’s Sundar Pichai promised a $1 billion investment to boost African connectivity and accelerate digital transformation. Nigerian duo, Tingo and Flutterwave, are worth nearly $10 billion based on their most recent valuations and a string of smaller startups have attracted significant investments, a clear indication that Africa is open for business, when it comes to SaaS.

China wants a piece of the African pie

A December 2021 feature by Rest of World’s Yinka Adegoke casts a worrying picture at the growing technological influence of China in Africa. Billions of dollars have been poured since the early 2010 into core infrastructure as part of its “Digital Silk Road” initiative giving China, unrivaled influence over how Africans utilize technology: thousands of square meters of data center real estate, miles and miles of fiber optics.

ZTE and Huawei are still two of the biggest infrastructure providers on the continent despite their pariah status in the West. Transsion, a little known phone manufacturer in Europe and the US, holds 50% of the total African smartphone market with three brands (itel, Infinix and Tecno) and has a market capitalization of $12 billion. It was probably the single most important reason why Mara didn’t succeed.

All this to say that when it comes to hardware, China, the global manufacturing powerhouse, has no competitor. If you’re tackling a mature market (e.g. smartphones) where differentiators – other than price – are non-existent, then just don’t bother as you will spend too much on marketing. If it’s an emerging one, just follow Elon Musk’s playbook. Africa, it seems, may end up becoming a software powerhouse in the next decade but China’s shadow will loom over its success, for better or for worse.