Hulu Plus Live TV Subscribers To Get Unlimited DVR Space 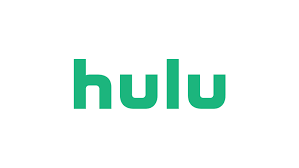 Hulu said that subscribers to its Hulu Plus Live TV service will be getting unlimited DVR storage starting April 13.

Hulu Plus Live TV’s 4.3 million subscribers will be able to record all of the programming that they get from their lineup of more than 80 live channels.

The move follows the announcement that Hulu will no longer be able to offer some NBCUniversal shows on demand the day after they air, starting this fall because NBCU terminated a programming agreement with Hulu.

“Hulu + Live TV is becoming even more valuable and attractive to consumers,” said Hulu president Joe Earley. “Through one single subscription, users get access to more than 80 live channels – including all the major broadcast networks – as well as Hulu, Disney Plus, ESPN Plus, and soon Unlimited DVR. Guided by our relentless focus on delivering the consumer a high-quality user experience, we will be one of the only pay TV providers  – traditional or streaming – to offer this feature as part of the base plan at no additional cost.”

Currently, Hulu Plus Live TV subscribers get 50 hours of DVR storage. For an additional charge, higher tiers of service were available offering addition DVR storage. Subscribers to those higher tiers will see a reduction in their monthly bills when the unlimited DVR service kicks in. ■