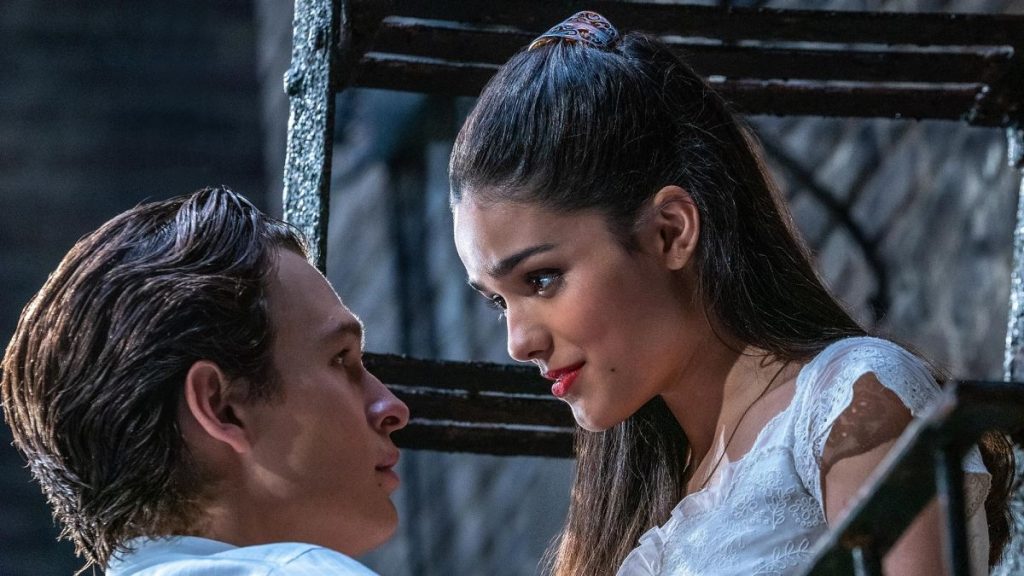 The second movie adaptation of the 1957 stage musical, West Side Story is once again brought to the silver screen, this time blending together the directorial magic of Steven Spielberg with Bernstein and Sondheim’s music and lyrics. Starring Ansel Elgort and Rachel Zegler as Tony and Maria, here’s how to watch West Side Story online as it finds its home on streaming services across the globe.

A reimagining of Shakespeare’s Romeo and Juliet, swapping out the Montagues and Capulets for the Jets and the Sharks (a gang of white youths versus the Puerto Rican community residing in the West Side of Manhattan), Elgort and Zegler are our star-crossed lovers, divided by race and class.

Featuring big musical numbers including “Tonight” and “I Feel Pretty”, Zegler steps out in the romantic musical drama as her first role in a film, delivering an award-winning performance that has seen her secure Best Actress in a Musical or Comedy at the 2022 Golden Globes.

Receiving a nomination for Best Picture among others at the Oscars, too, this is one to add to your watch list ahead of the 94th Academy Awards. Keep reading to find out how to watch West Side Story online wherever you are.

Get the best price on the streaming service you need

How to watch West Side Story online around the world

What else should I know about Disney+?

West Side Story is just the latest in a string of recent blockbuster releases exclusive to the platform, including Encanto, Shang-Chi and the Legend of Ten Rings, Black Widow, Luca, and much more. Plus, there’s plenty more on the way, such as Ms. Marvel, Obi-Wan Kenobi, She-Hulk and The Mandalorian season 3, all set to arrive in the coming weeks and months.

The streaming service has apps for iOS and Android (of course), and is available to watch online via the likes of Amazon Fire TV Stick, PS4, Xbox One and Roku streaming devices.

And finally, there’s the new Star on Disney Plus that most global markets get to enjoy and sees the amount of content available through Disney Plus more than double, with a particular eye to shows grown-ups are going to enjoy (but available in the US).

Is there anywhere else I can watch West Side Story online?

What else can you watch on HBO Max?

HBO Max brings access to a huge library of top-drawer entertainment, including Euphoria, And Just Like That, the entirety of Sex and the City, Succession, Girls, Mare of Easttown, The Matrix Resurrections and much more.

The 7-day HBO Max free trial has long since been discontinued. But, if you’re a current HBO Now subscriber or pay for HBO through your cable provider, you might actually be entitled to HBO Max at no extra cost.

Devices compatible with HBO Max include iPhone and Android devices, Apple and Samsung TVs, PlayStation 4 and Xbox One consoles, Chromecast and Chromebooks, and laptops and PCS. HBO Max on Roku and Amazon Fire Stick is also available.